Arcadia Issue 001 - January 2021
Welcome to ARCADIA! Inspired by old-school tabletop magazines, ARCADIA is MCDM's digital magazine for 5th edition GMs and players. We hope you like it!

The Workshop Watches by Leon Barillaro
This is a short adventure for 5th-level characters featuring S.A.M.: a sapient magician's workshop that's literally developed a mind of its own.

Titan Heart by Gabe Hicks
New sorcerer subclasses who literally have the blood of titans in their veins! Includes new spells, a sample NPC, and even a Titan Heart Sorcerer Retainer!

Jumping on Mounted Combat by Willy Abeel
New rules for taming monsters, and the "mount version" of six existing creatures. Basically, more reasons to use mounts, rather than an alternate mounted combat ruleset. And a short scenario using these new options!

Uqaviel, the Recreant by Sadie Lowry
Two high-CR celestial enemies to use in your game, two fallen angels with a unique story. How you use them is up to you, maybe Uqaviel seeks your help in defeating the dark angel that betrayed him! 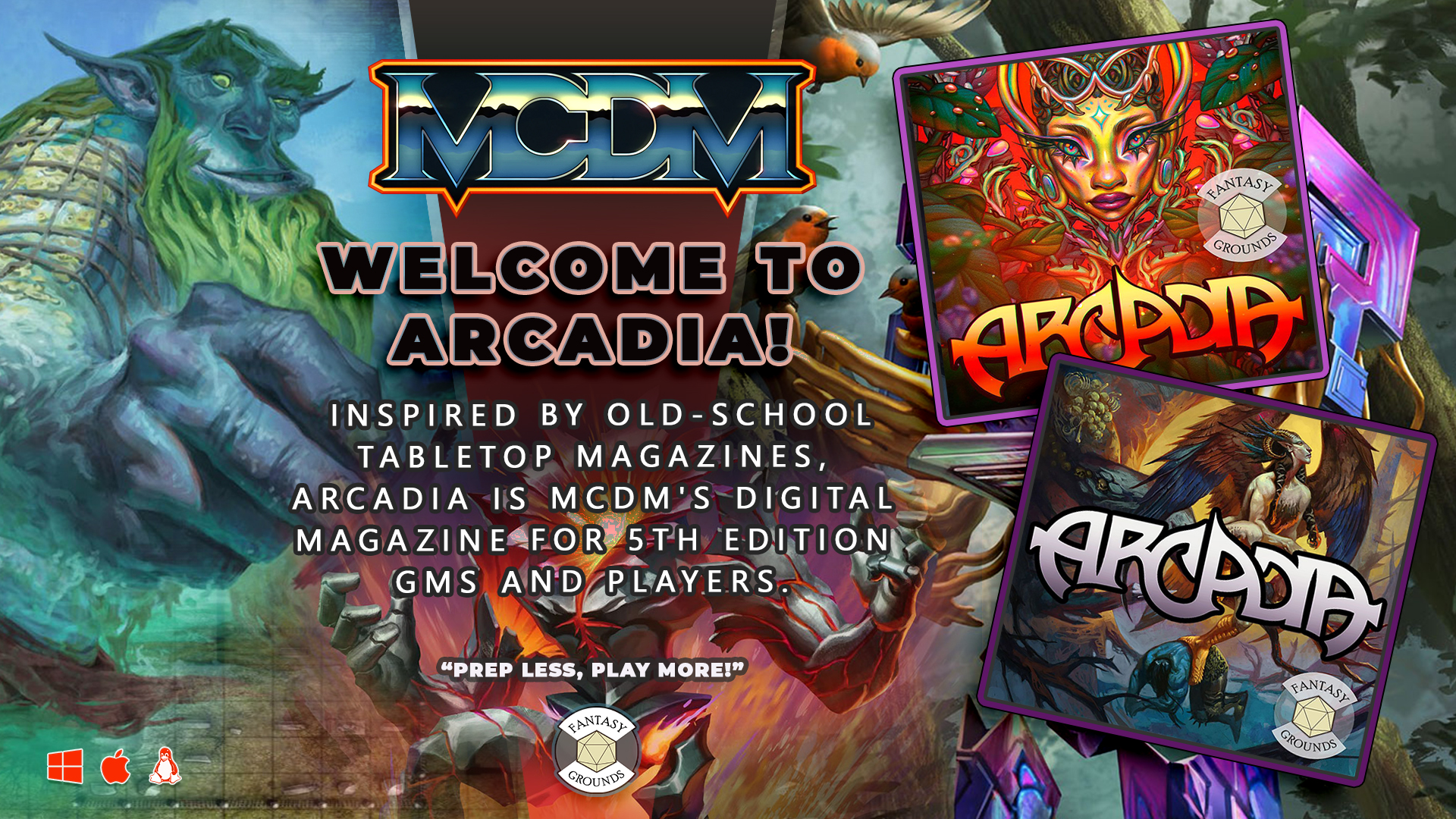