Evil magic is afoot! On what should be the hottest day of the year, snow blankets the tiny village of Torlynn. The winter weather wreaks its havoc week after week, and the people of Torlynn are forced to abandon their homes. Only a few hardy souls remain in the village, one being Burgomaster Gustovan. So far the burgomaster's plans to save his town have failed, and now he has but one chance left to save his people. Gustovan seeks the aid of a band of young adventurers. If they can uncover the force lurking in the ruins of Barrik's Keep and destroy the cause of the vile curse, all will be well again. If they fail, no one will be left alive in Torlynn to mourn them. Quest for the Silver Sword is an introductory module designed for use with the new Dungeons & Dragons role-playing game. A specially designed Dungeon Master map makes this module easy to referee - even if you've just opened the package! This adventure is suited for a group of four to six characters of 2nd or 3rd level. 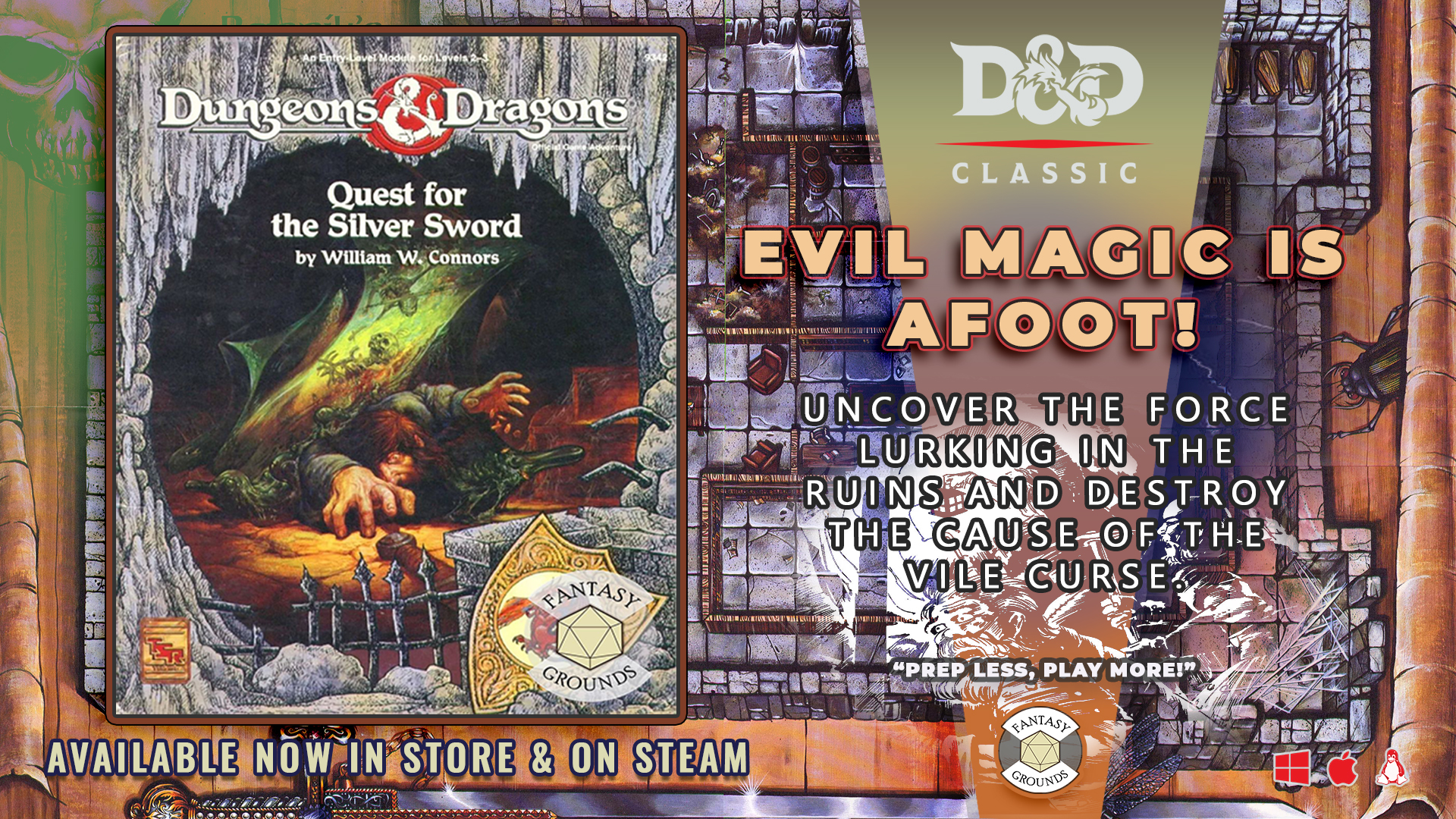