New Release
Spelljammer: Adventures in Space
Wizards of the Coast

D&D Spelljammer: Adventures in Space
Set Sail for the Stars!

Spelljammer™: Adventures in Space presents the Astral Plane as a DUNGEONS & DRAGONS campaign setting unlike any other. Home of the stars and gateway to the heavens, the Astral Plane teems with excitement and possibility. With the help of magic, spelljammers can cross the oceans of Wildspace, ply the silvery void known as the Astral Sea, and hop between worlds of the D&D multiverse.
This set contains everything a Dungeon Master needs to run adventures and campaigns set in the starlit realms of Wildspace and the Astral Sea, as well as new options for players who want to create characters at home in this fantastic setting.

*The Astral Adventurer’s Guide™ , adapted from the 64-page hardcover book for players and Dungeon Masters that presents the Astral Plane as a campaign setting and includes space-based character options, spells and magic items, deck plans and descriptions for spelljamming ships, and more
*Boo’s Astral Menagerie™ , adapted from the 64-page hardcover book for Dungeon Masters that presents game statistics and descriptions for over 60 creatures found in Wildspace and the Astral Sea, including astral elves, cosmic horrors, lunar and solar dragons, murder comets, and space clowns.
*Light of Xaryxis™ , adapted from the 64-page hardcover adventure for Dungeon Masters that is set in the Astral Plane and designed for characters of levels 5–8
*(digital version only for Fantasy Grounds) poster map of the Rock of Bral, an asteroid-city that can serve as both an adventure location and a campaign hub in the Astral Plane 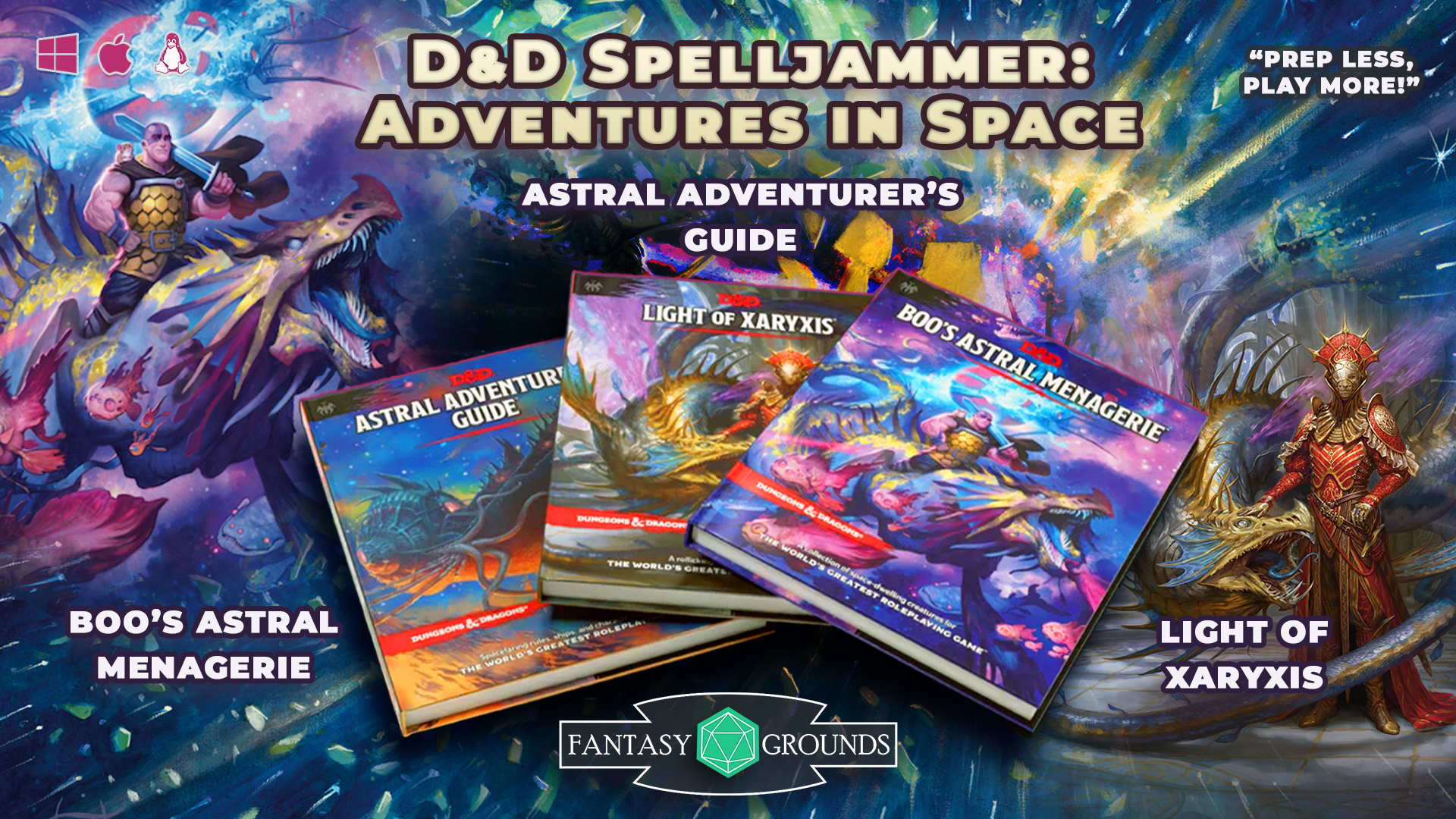