Sword Worlds details the people of the Sword Worlds Confederation as they have never been seen before. Their motivations, their strengths, and their weaknesses - along with the truth behind Imperial stereotypes of reckless spacegoing chauvinists, and the darker side of their culture.

This book examines how the worlds of the Confederation interact with one another, and how technologically outmatched people have managed to stave off Imperial dominance for so long. Their armed forces are technologically simple yet incredibly resilient; their navy is very different from that of the Imperium. Minelayers, torpedo boats, and orbital defense platforms defend the home worlds whilst battlecruisers raid deep into enemy territory.

Sword Worlds reveals secrets and little-known facts about the Sword Worlds Confederation. The Gimli endeavor, which strives to preserve Sword Worlds' culture against any and all disasters; the Holmgang Compact, by which scores are settled illegally with honor. The Sword Worlders' near-obsession with their tragic hero Admiral Denisov, and the Lost Swords - colonies that may still exist far beyond known space.

The Sword Worlds Confederation is a complex place and at times a dangerous one. The Sword Worlders themselves are misunderstood by outsiders but one thing is clear - they are proud and quick to anger, slow to forgive. The Sword Worlds is a region where only the brave should venture, and where courage is the key to success or a noble death... or perhaps both. 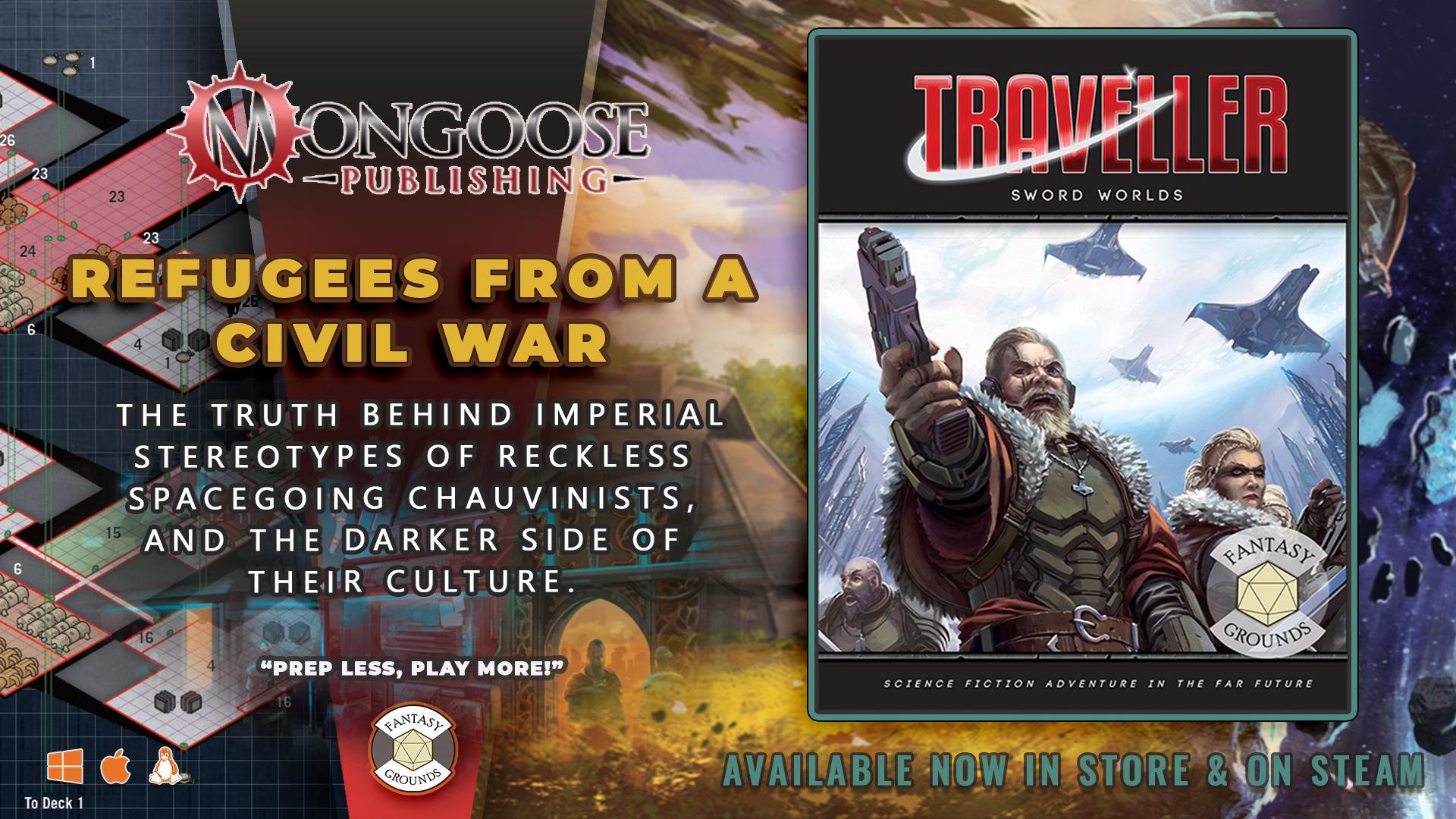