Dare You Tread the Twisting Paths of Shadow? In the Shadow Realm, sites of mysterious enchantment abound, watched over by denizens both strange and wondrous. From woods dark and eerie to courts of noble fey, all paths lead to haunts, ruins, machinations, and subterfuge. Inside this module, find:

*14 adventures, suitable for levels 1-8, playable separately or in sequence
*A variety of plots and encounters, from confronting dangerous and cunning creatures, to solving enigmas, to thwarting malevolent intrigues
*A background plot thread surrounding a fabled item--the Shadow Grimoire--and its mysteries
*28 full-color maps and dozens of illustrations
*Gather your courage and turn a wary eye toward the gloaming! 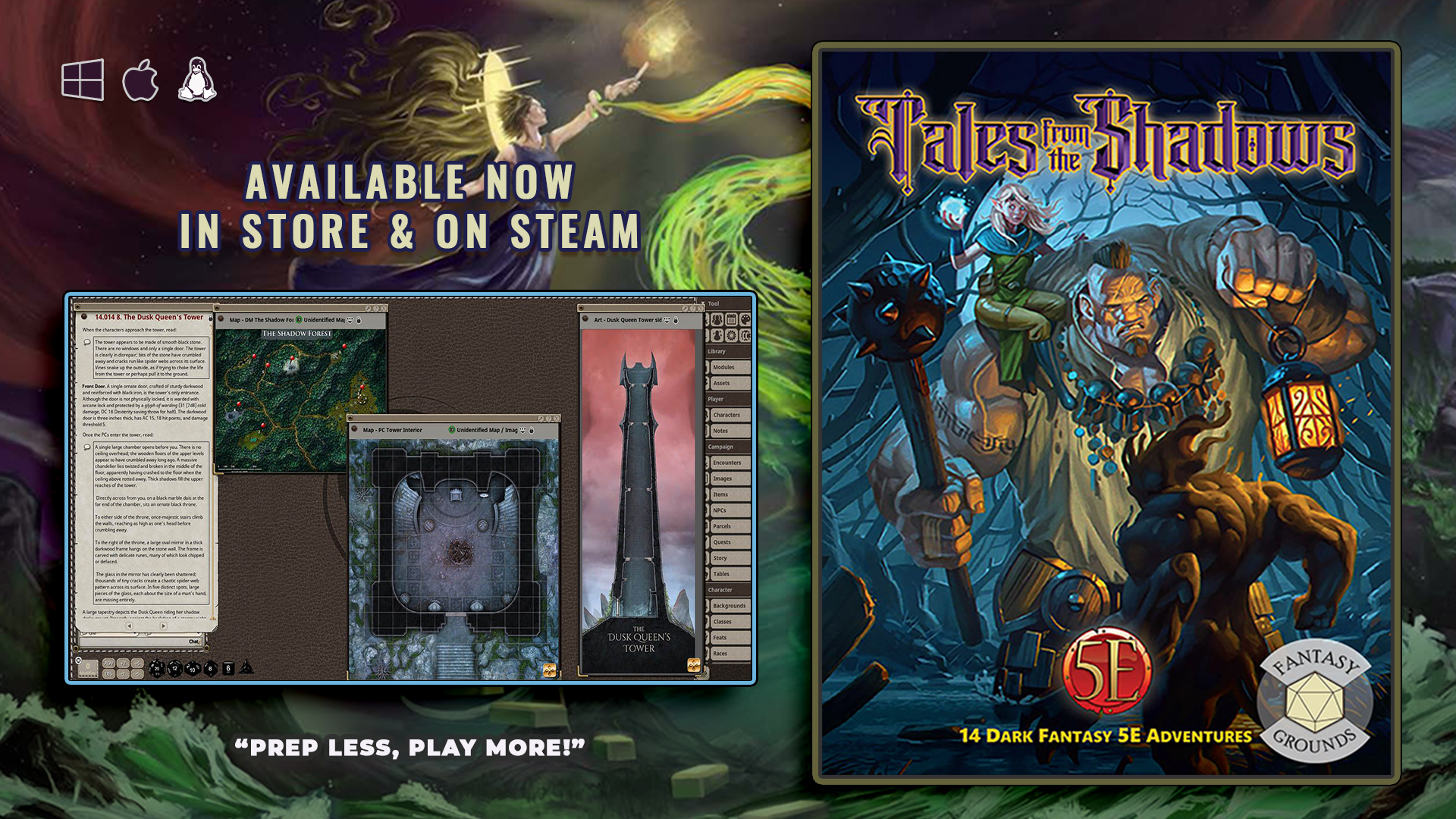