If you're interested in Game Design, Lurianic Kabbalah, or Lambda Calculus, Mosaic may be of interest. It's gonzo.

From the Mind of a madman...

This game will teach you Real Magic (tm).

This package contains two pdfs, and some images.

Previously code-named Tribute, this is the playable Game Design Tool/Kit you've probably never heard about. It's a gonzo take on some serious Truths.

Don't kill the messenger- it's Open Sourced under the MIT license, so make a better one.

Based on the principles of Lurianic (not Hollywood or Hermetic) Kabbalah, Mosaic gives you the practical tools to make any type of game you like- from board and card games, to RPGs, to...

Using its Key-word based script that works like a programming language based on natural , but pidgen English where each word is both a noun and a verb, you can build dice, make game boards, game rules, and social contracts. It's tinker-toys for making games.

Much like Open-Source software, however, you need to do some work.

If you're interested in the occult, or need a complete course in game design, storytelling, or a self-help manual, Mosaic is what you're looking for.

Included in this book is a secret about Satoshi Nakamoto, the mysterious figure(head) behind Bitcoin. It's time to tell Tales.

This version is published in a 'zine format, for "about tree-fiddy", but more in-depth formats are forthcoming. This is the first of many, many products in this line.

It’s been a long time since I reached out about the project formerly called Tribute, which was named "Mosaic", when I started it at the age of about 19 years old. I’m now 42, and I have learned the meaning of Life, the Universe, and Everything. I’ve reclaimed its original name, which is appropriate for several good reasons.

More than any other intellectual endeavor, Mosaic is my life’s work. Other strange things I’ve done are less meaningful to me. I always wanted a perfectible game.

This project is powerful. It’s a toolkit for traditional game design, where you can build everything from the individual spaces on a board, to the pips on a die, or use prefabs made by the community. There will soon be a book of such constructs, including those of very old games, like Chess.

All of the rules fit on one page of logic.

It’s a human-readable programming language for use in making any type of game. It uses Key words that work from atomic (in the Greek sense) platonic ideals. You can write plain English expressions that do actual computation, a bit like the syntax of the LISP programming language.

It’s based on the logic of Lurianic Kabbalah, and the spiritual meanings are not lost; the game requires intention, and what you reach for is what you get. So, though it’s a Turing-complete computer language, the intentions of any designer are laid bare- you can’t hide bad intent deep inside codes or in other files-the chains of cause and effect are fully traceable as vectors. This is ultimate open source.

Mosaic allows you to gain more efficiency from your games, by segregating entropy from all of its processes. You can dissect the factors that contribute to that inefficiency, and address each of them separately, within your means to do so. This is why I joke that it’s a proof that P=NP. As Fools, however, we know what joking means. It means we haven’t gotten to the punchline, yet. Wait for it...

More math is coming from this work, and the more ridiculous it seems, the funnier it is to me. I’m a crackpot, guys, but I’m not an idiot.

I’m a sidewinder. Are you?

If you ever wanted a tool for making your games as awesome as they are in your head, try Mosaic. It’s a complete course in designing fair games in the mathematical sense, and for ejecting irrational (selfish and broken) bad actors that make Game Theory theoretical. It will improve your games, and your groups. 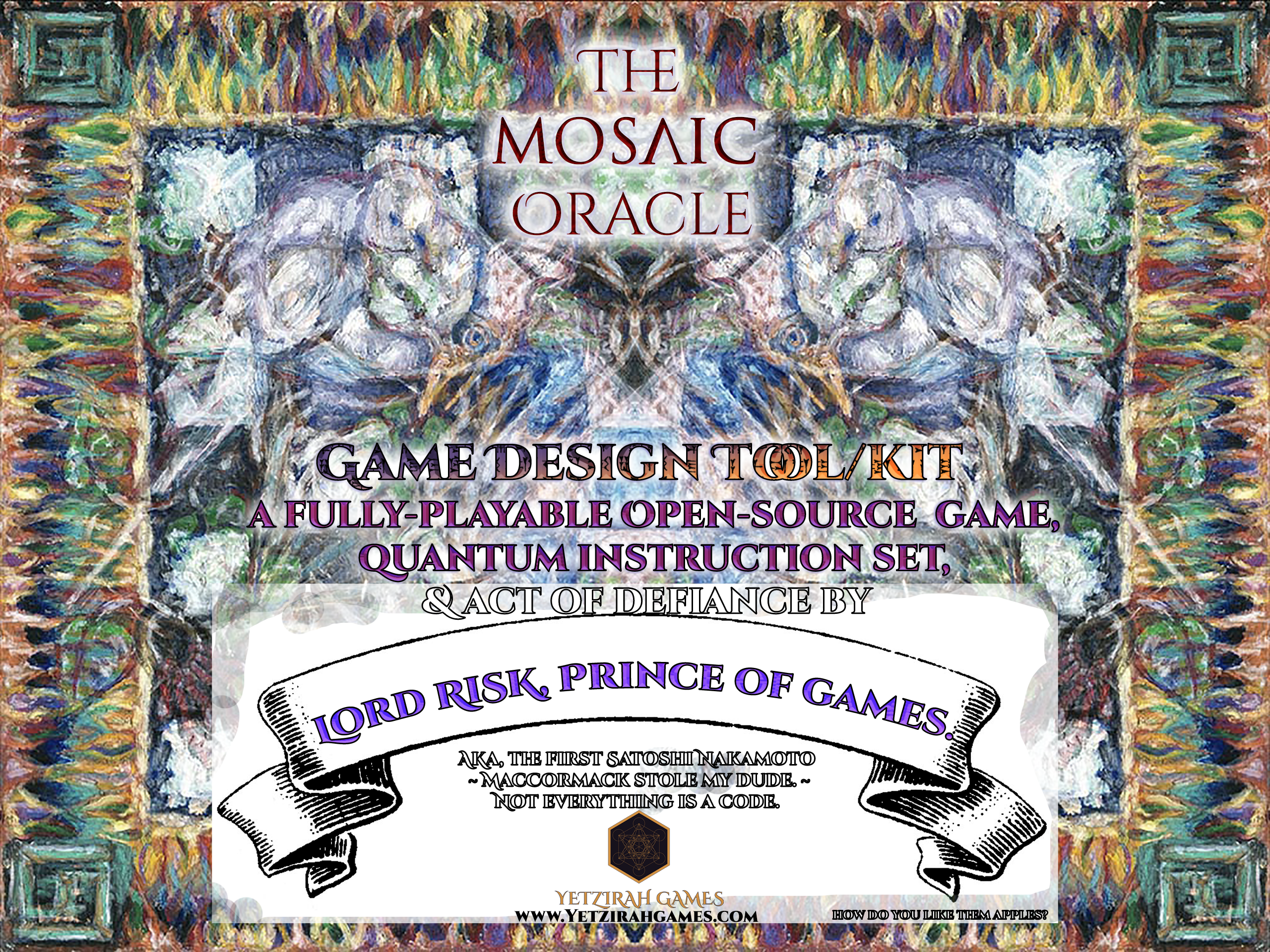 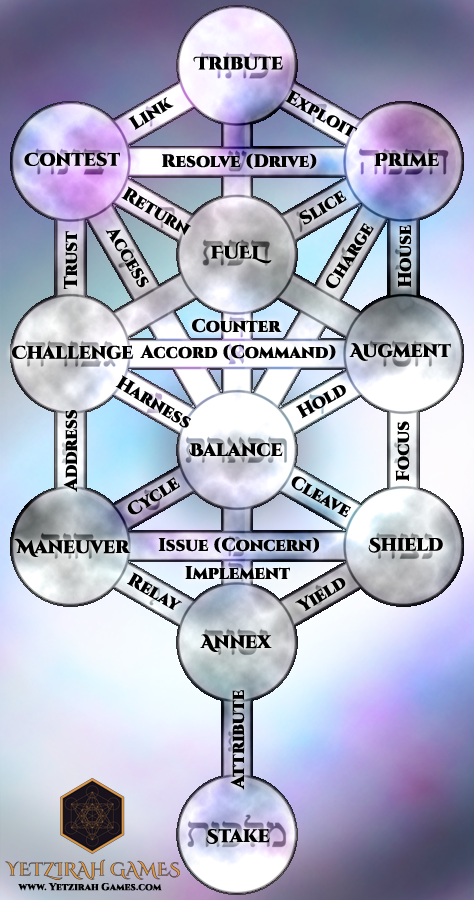 Buy it here, for about tree fiddy.