The second half of the amazing Aegis of Empires Adventure Path is underway with Legend of the Burning Star! This massive adventure is over 100 pages of urban intrigue, sinister secrets, murder, madness, mayhem, and the beginnings of an epic wilderness journey to the Wizard's Wall and beyond! Explore the Lost Lands as your heroes follow the trail of a long-lost legendary treasure and uncover a conspiracy that threatens to shake the foundations of the Lost Lands! This 10th-level adventure is available for Pathfinder RPG and Pathfinder Second Edition, and you can get it today from all of our terrific partners! 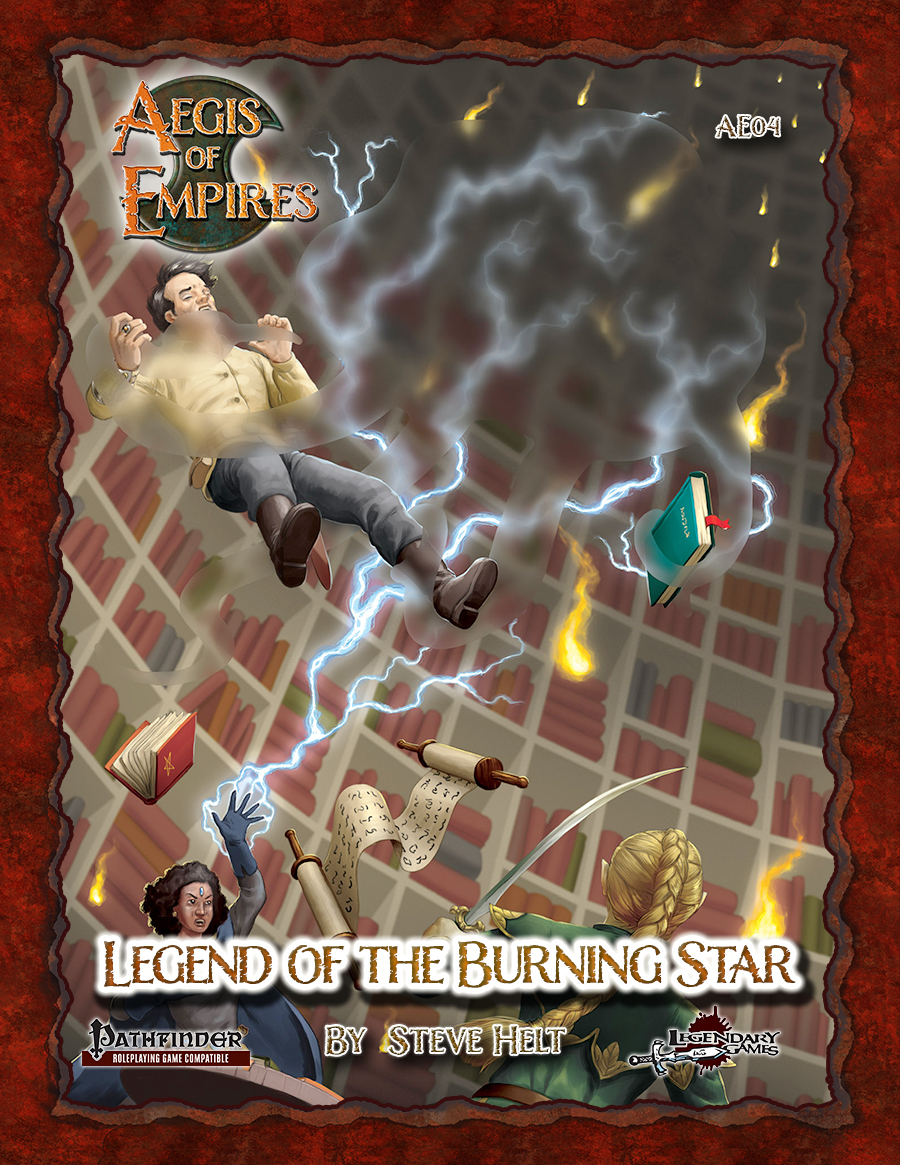 Adventure #5 in the series, Race for Shataakh-Ulm, is even bigger, between 160 and 176 pages between the three versions, and it's already gone out to our Kickstarter backers, with the final adventure in the saga, Knight Fall in Old Curgantium, on its way in November, followed by the massive compilation version! We are excited and delighted to be getting this incredible adventure saga out to you in record time! You can check out the entire Aegis of Empires Adventure Path right now on DrivethruRPG, and you can still preorder the entire saga on Backerkit!

In addition, we have a pair of exciting Patreon programs available to our fans! We've relaunched our Legendary Games Patreon, with a FREE PATRON LIBRARY of over 600 pages of Pathfinder 1E and 2E content including adventures, magic items, monsters, ready-to-use NPCs, new rules subsystems, and more, plus new content coming all the time. This project also has a special focus on Legendary Games Corefinder Project, rebuilding the Pathfinder Roleplaying Game from the ground up to create a "PFRPG 1.5" that streamlines, condenses, and clarifies a decade's worth of rules and more into a modular system ready to plug into fantasy, sci-fi, modern, and more! Patrons get early previews and playtest opportunities and a host of other benefits as well, including discounts and FREE PRODUCTS, so check it out today with Patron levels as low as $1 a month!

Hi all, we kind of let this thread languish a bit. I'll try to be more up to date on keeping things regular with updates! We're well along into the Corefinder project with writing and have begun first-look pre-playtest reviews. We've even set up a Patreon - not solely for Corefinder but with regular updates almost every single day (in addition to discounts, special previews and content, priority playtest opportunities, free products, and more - as low as $1 a month!) - and we would love it if any of you interested in the process to join up!

Info on free actions in Corefinder Design Digest #12: It's FREE!

And on swift actions in Corefinder Design Digest #13: Yes, that's a swift!

And a whole new action type, the use action, in Corefinder Design Digest #14: The Two Use (Actions)

And even more uses for the use action, in Corefinder Design Digest #15: Use, Part Twos