Welcome to the Bundles, Freebies, and Sales News, a new weekly column at EN World to help make sure you don’t miss out on big tabletop RPG bundles, charity fundraisers, and sales from around the internet. 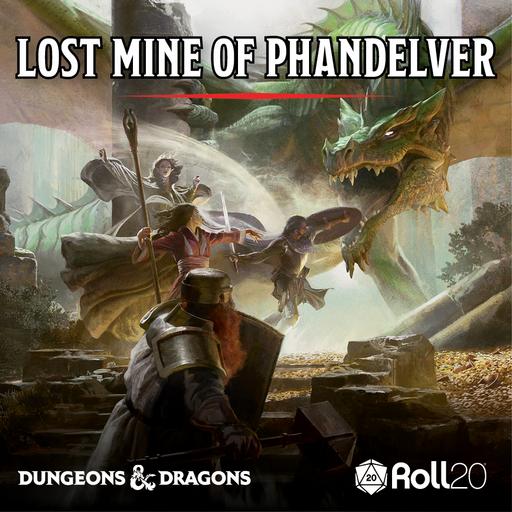 Roll20 is giving away the Dungeons & Dragons 5th Edition adventure Lost Mines of Phandelver for free for the month of April. This adventure was originally included with the Dungeons & Dragons 5th Edition Starter Set released in 2014 and has been updated to take advantage of Roll20’s VTT features including dynamic lighting support for plus/pro accounts and for all accounts rollable tokens, tables, and macros plus drag-and-drop monsters, character art pack, and seven full-color maps.

The Mission Briefs series for Star Trek Adventures continues with Starbase Adventures. Like other Mission Briefs products, each one-sheet features a synopsis of the plot, the major and minor story beats, key NPCs, a suggested spotlight player, a conclusion, and suggestions for era of play and adding to a campaign. Starbase Adventures as the title suggests focuses on adventures on starbases including an runaway killer plants, managing tense peace talks between warring aliens, and a Jem’Hadar attack squad against an Emergency Tactical Hologram. These briefs are designed for use in the Next Generation era but can be easily adapted to other time periods.

The Twilight: 2000 adventure The Last Meal by Rasmus Troelsen places the party at a dried-up gas station with a parking lot full of abandoned and burned-out cars all under the inviting and instantly recognizable Golden Arches. Distant engine sounds are carried by the wind. Someone is coming…

Lone Colossus Games provides stats for the most fearsome monster you could ever encounter in 5e: the terrible, overpowering cuteness of the Puppy Swarm!

The Realm Scribe released a new prestige class for high-level campaigns, The Juggernaut. The class is focused on strength by dual-wielding massive two-handed weapons and dealing massive damage with powerful strikes.

The one-page RPG Cursed by Leigh Carr is an investigative supernatural horror game for two or more players inspired by films like Ju-on: The Grudge, Amityville Horror, and The Woman in Black. Can you unravel the clues and find a way to escape before your curse seals your fate? 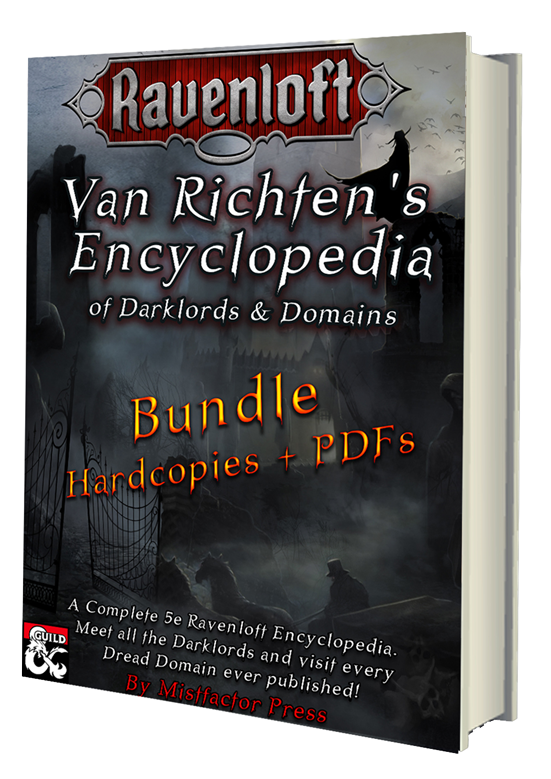 The Modern Settings bundle from J. Scott Zumwalt has two contemporary settings for Genesys System. The Basic Modern setting provides the archetypes, careers, talents, equipment, and everything else you need to play in the modern-day, while Something Strange adds horror to your games with rules for vampires, werewolves, faeries, and other supernatural creatures.

Over on DMs Guild, the Ravenloft: Van Richten’s Encyclopedia of Darklords & Domains Volume 1 & 2 has been collected into a single bundle that goes into detail on the canonical locations and characters of the Ravenloft setting including Barovia, Darkon, Invidia, Forlorn, and, well, every single other one including the realm of Sithicus and Lord Soth. This bundle includes both volumes with 770 pages both in PDF format and hardcover print on demand.

Also on DMs Guild, the Cottagecore and Spring Bundle collects eight products from various creators to celebrate the renewal of spring. Among the books are over 200 non-combat encounters, new race options from the Domains of Delight, new minor magic items involving romance and creation, a new Language of Flowers subclass for the Bard, and several full adventures and campaigns.

From the Storyteller’s Vault, the V20 Classica Age: Golden Box is a discount of over 30% off a collection of Vampire: The Masquerade 20th Anniversary Edition sourcebooks by Chrystian Rissoli set in the Classical Age including Fall of Carthage, Kindred Mythology, Nightfall: the Vampire’s Survival Guide, The Ultimate Revised Discipline Compendium, and Vampire Twentieth Anniversary Edition: The Classical Age.

For Vampire: The Masquerade 5th Edition players over on Storyteller’s Vault, the V5 Chronicle Companion provides a $2.50 discount for the Children of the Night collection by Ian E. Miller of pre-generated characters and Storyteller Resources full of cheat sheets, tables, quick references, and other tools to speed gameplay from Ian E. Miller and Ken Kimbrough. 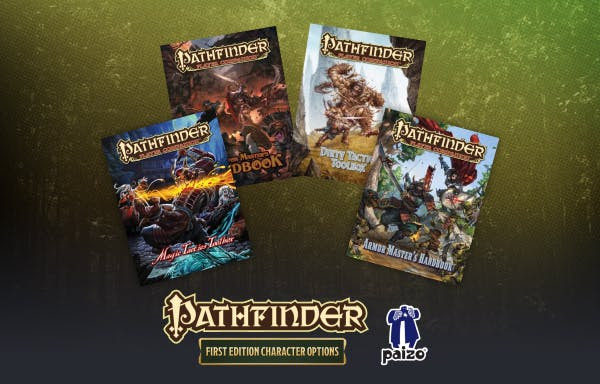 It’s the final hours for the TTRPGs for Trans Rights in Texas bundle with all proceeds split between the Transgender Education Network of Texas and Organización Latina de Trans en Texas which has raised almost $400,000 in the past month and got mainstream national media attention from NBC News this week. This bundle features 493 TTRPG games, adventures, accessories, sound effect and music packs, VTT resources, and more. But remember, today is your last day to pick it up as act fast!

Pelgraine Press gives us The Esoterrorists by Robin D. Laws on Bundle of Holding, a modern-day fantasy setting for the GUMSHOE system. The game pits the party of Ordo Veritatas investigators against occult terrorists seeking to weaken the protective Membrane and summon the Unremitting Horror from the Outer Dark. The Player Collection features the first and second edition of the core rules, the Esoterror Factbook sourcebook, and the music collection Dissonance. The Gamemaster Collection adds eight more sourcebooks and adventures.

Vigilance Press’s Tianxia Bundle of Holding brings the wuxia-style martial arts campaign setting Tianxia: Blood, Silk, and Jade to the Fate Core rules system. The bundle has one level at $9.95 and gets you the Tianxia setting book, three sourcebooks, a collection of NPCs, and the Fate Core, Accelerated, and Condensed rulebook.

The future-fantasy RPG Equinox from Vagrant Workshop is a system-neutral science fiction/fantasy setting. Thousands of years in the future after humanity has mastered magic and space travel, demons from beyond the Veil attacked and destroyed Earth, leaving those remaining in the Sol System as “Vagrants” seeking freedom from the void. The Core Collection includes the setting book and two rules systems that can be used with the setting, the d6 dice pool Match System and the rules-lite FU: Free Universal RPG system. The Level-Up adds on the character options book Elite Paths, two location sourcebooks, two adventure packs, and an article compilation Bits & Pieces.

Marc Miller released a bundle of Classic Traveller books on Humble Bundle in four tiers. The $1 level gets you the Classic Traveller Facsimile Edition with all three original rulebooks in a single volume plus Supplement 1: 1001 Characters and a pair of starship deck plans, while the top tier of $25 you get a total of 41 books including the Planetarium: Rasmussen’s Guide collection, History of the Imperium, Alien Realms, plus a full library of supplements, special supplements, adventures, campaign settings, and more.

The Pathfinder First Edition Character Options bundle on Humble Bundle has been extended for an extra week. The bundle has four tiers with the first tier at $5 giving you seven rulebooks including the Pathfinder 1st Edition Beginner Box, Player Character Folio, and five more books in the Heroes of series of character options. The $25 tier features 39 books with more class, race, feat, spell, magic items, combat options, and more plus the Pathfinder 1st Edition Core Rulebook, while the top $35 tier adds onto all that the physical hardcover of the Inner Sea World Guide.

Cubicle 7 has partnered with Humble Bundle for the Warhammer: Age of Sigmar: Soulbound Bundle with the base $1 tier of the three tiers getting you the Soulbound Starter Set plus a pair each of setting books and adventures and a 20% off coupon from the Cubicle 7 store for Age of Sigmar products. The top $18 tier has the full core rulebook, Bestiary, GM Screen, the Shadows in the Mist six-part campaign, and more

This needs to be a regular column! Thanks for the info!!

Dire Bare said:
This needs to be a regular column! Thanks for the info!!
Click to expand...

That's the current plan! It'll go up every Sunday and hopefully people will find it useful.

This is a great idea for a column. Kudos for doing it and thank you. 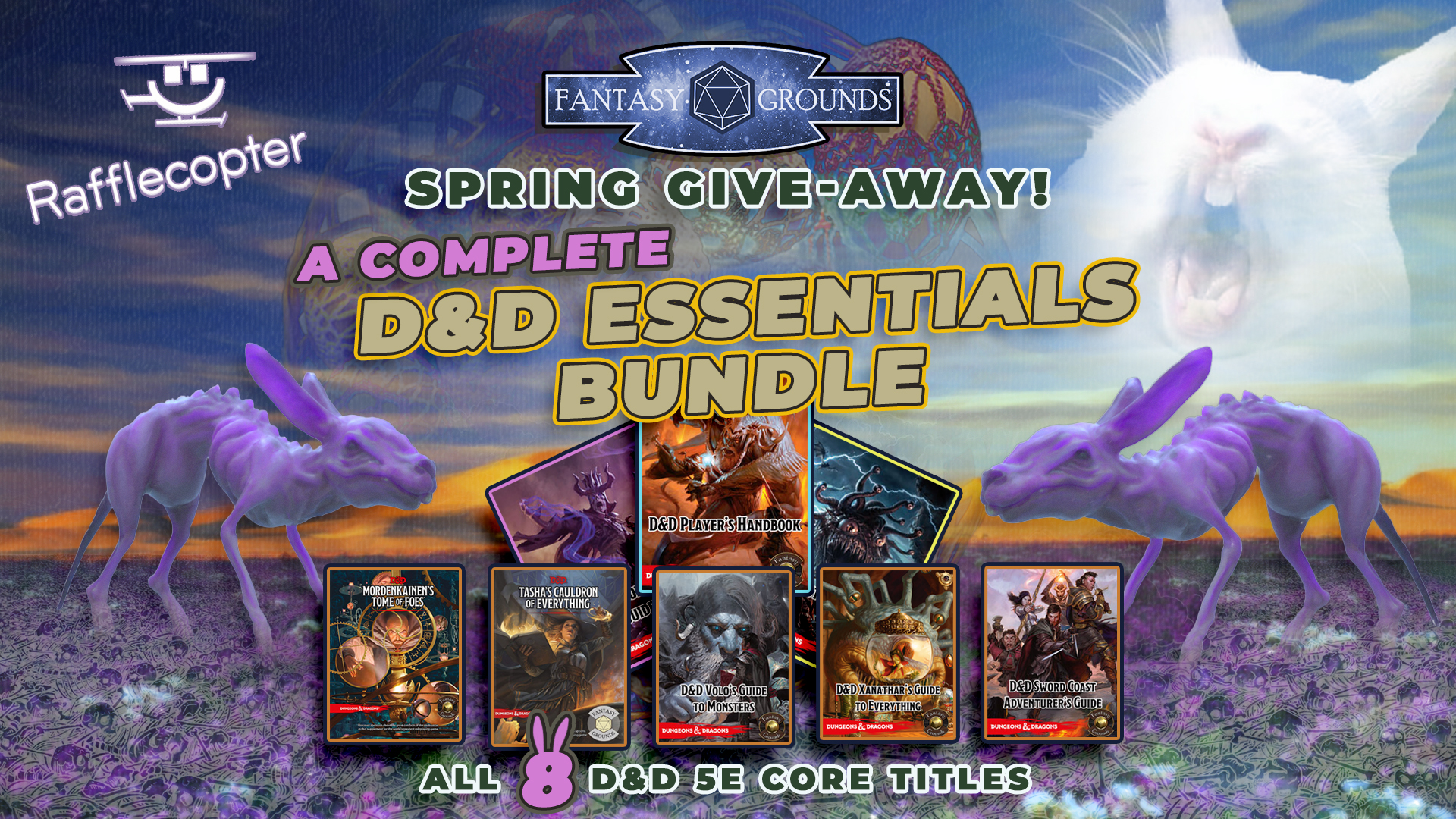 OSE advanced tome is the deal if the day at Drivethru

darjr said:
OSE advanced tome is the deal if the day at Drivethru

Yeah, the Deal of the Day is a bit difficult to cover in a weekly column for obvious timing reasons. It's something I'm going to have to figure out...

SlyFlourish has a Bundle of Holding!

Bundle of Holding - Exit with a flourish

a bit of a tutorial on how to get the free adventure on Roll20 Lost Mine of Phandelver. It'll only be free for a short time.