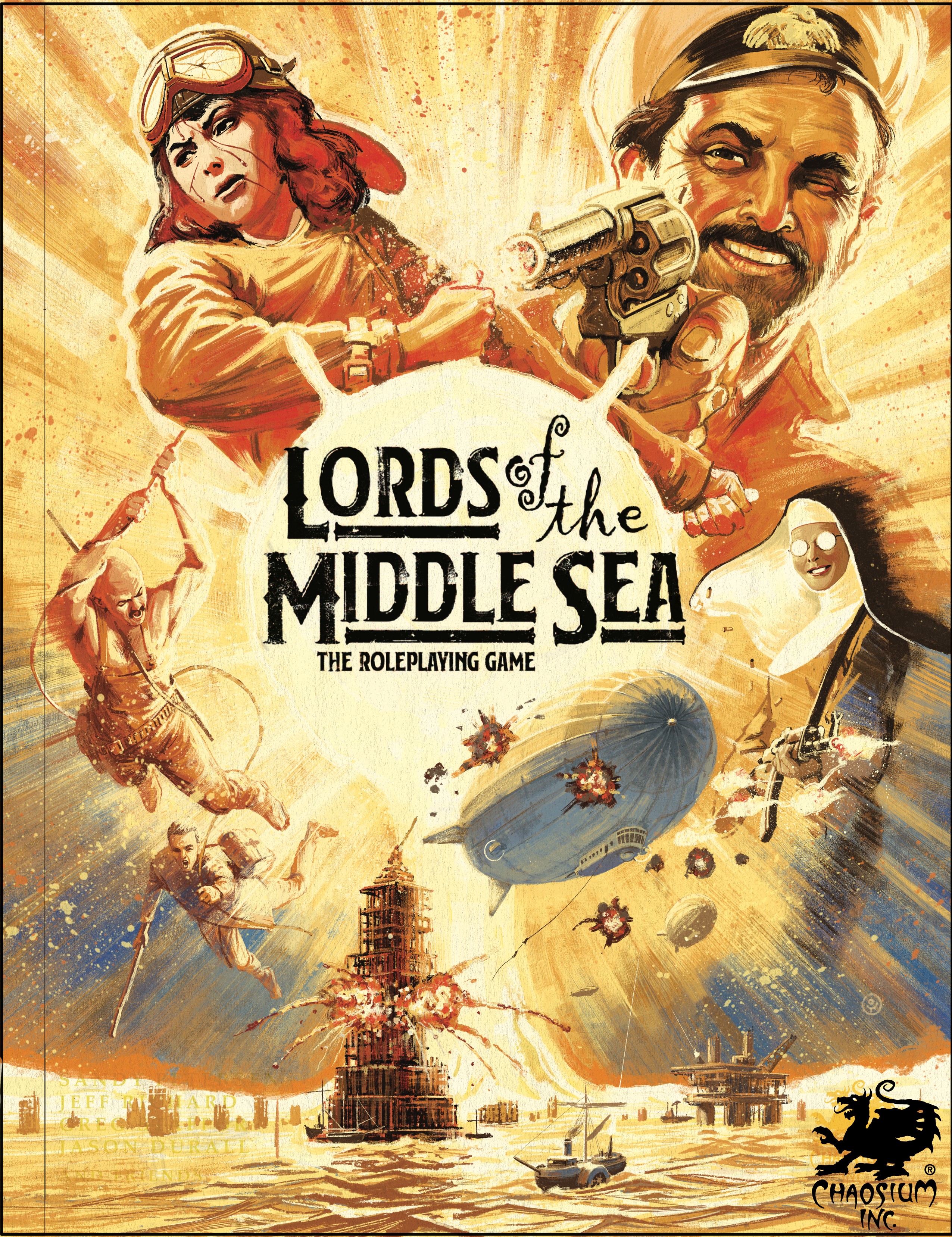 In July last year Chaosium announced Lords of Middle Sea: The Roleplaying Game was in development. Based on Lynne Willis's 1978 futuristic proto-Steampunk board game, set in the post-apocalyptic ruins of a flooded North America, the tabletop RPG utilizes a streamlined version of the Basic Roleplaying system. 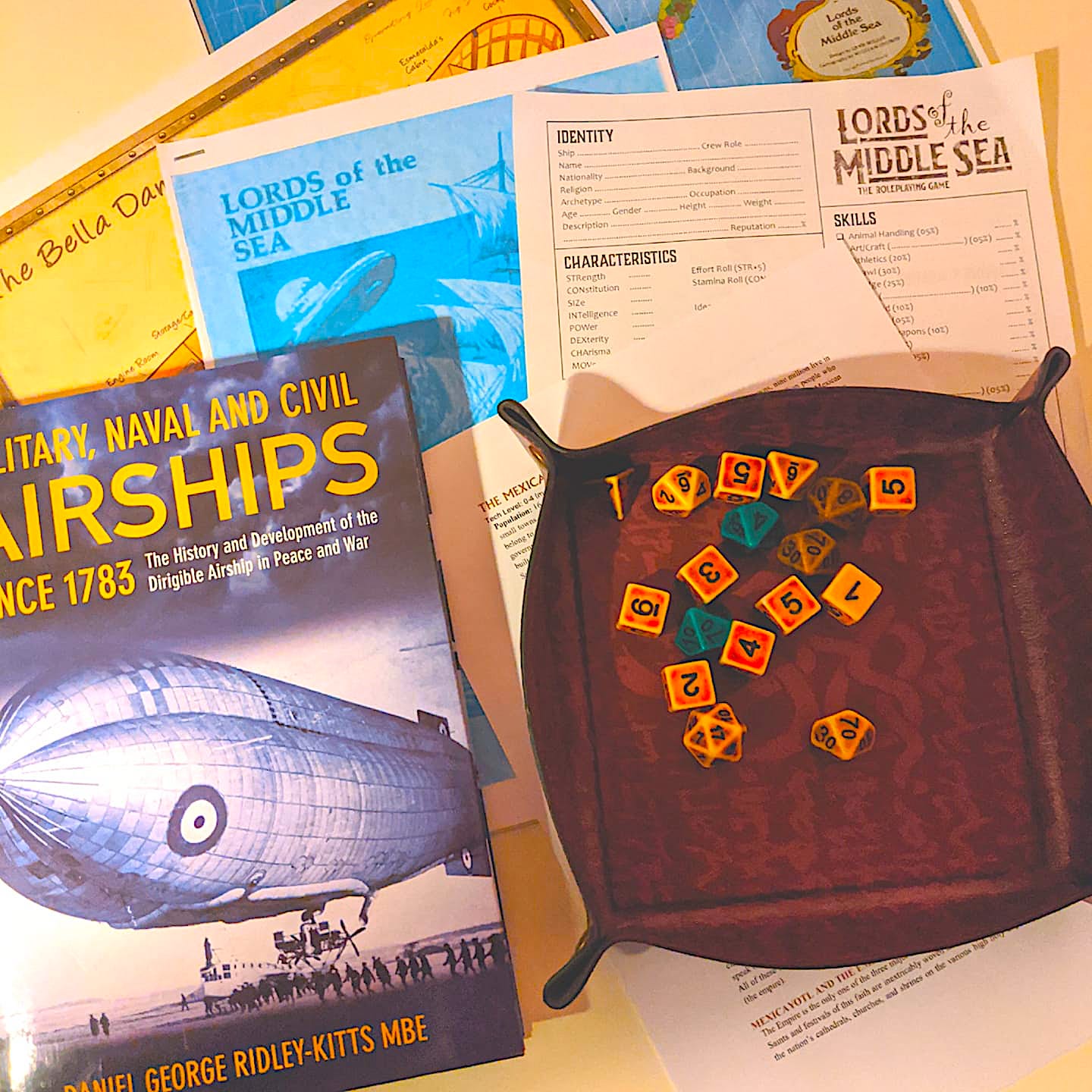 While writing and playtesting continues, the project's creative director Jason Durall has also been working on concept art for the game. Here's a work-in-progress of the cover! It's by acclaimed Finnish artist Ossi Hiekkala (Flamme Rouge, Honshu, Eclipse, Nations, Castell, etc).

The figures depicted on the cover are pregens and characters from the in-house playtest campaign, shown at right.

Publisher
In the latest of our Chaosium Interview series, BRP line editor Jason Durall discusses developing Lords of the Middle Sea, our forthcoming proto-Steampunk RPG set in the ruins of a post-apocalyptic and flooded North America. Jason is talking with Chaosium's James Coquillat.

Publisher
BTW, Lords of the Middle Sea cover artist Ossi Hiekkala is also on board for the cover art for the RuneQuest Starter Set, coming out in Summer 2021: 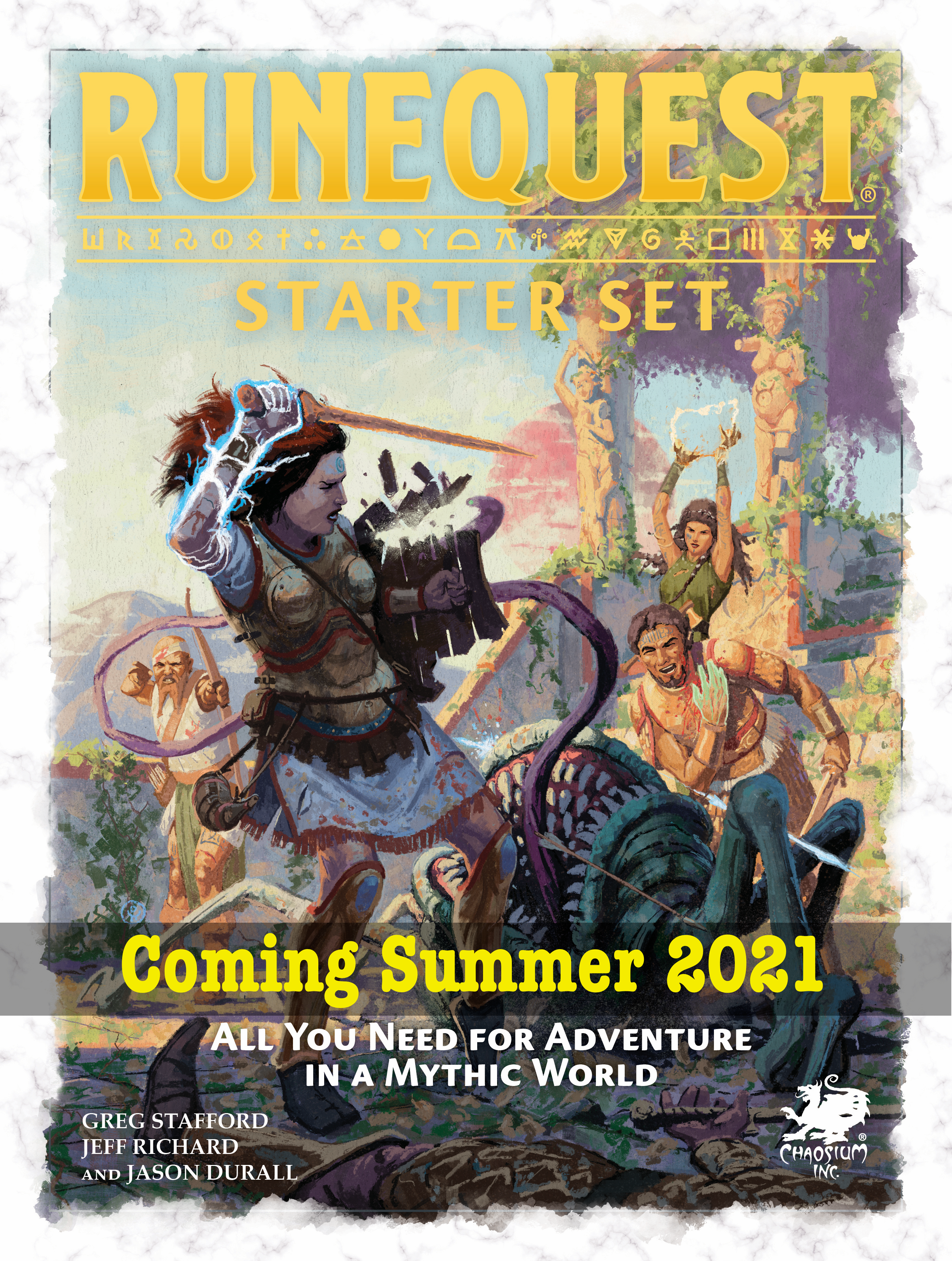 Lords of the Middle Sea: An Interview

D
Review The Hardboiled GMshoe Reviews: Beyond the Black Sea