Choose Your Hand: A Review of Cultzilla's Deck of Illusions & Deck of Many Things

Rocking beautiful art and solid quality, Cultzilla’s duo of magical decks are worthwhile investments if you’re hungry for a little more atmosphere at the table, have a party willing to risk a little chaos and don’t mind dropping some extra cash on your game. 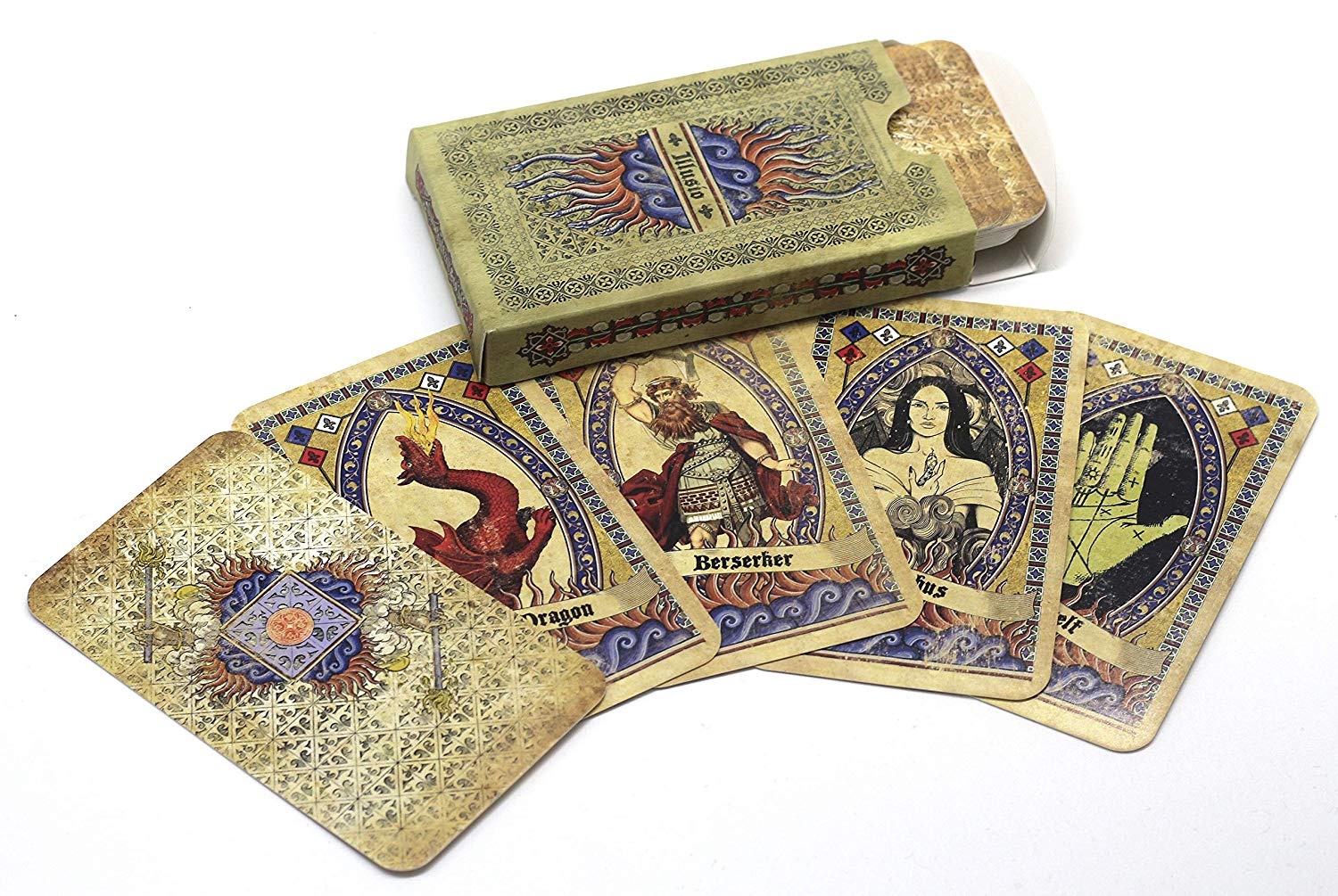 Both the Deck of Illusions and Deck of Many Things are long-running Dungeons & Dragons magical items that bring an element of random chance to proceedings. The former allows players to summon a stable of illusory creatures that bamboozle their foes, while the latter inflicts a huge range of powerful effects that can either spice games up or trash them completely, depending on your perspective.

For as long as they’ve been around folks have been mapping the mystical cards onto regular playing cards, tarot decks or even just random rolls of the dice. However, there’s certainly something to be said for grabbing a custom-made deck that you can shuffle up at the table.

It helps, of course, that the cards used in both sets are genuinely beautiful. Much of the art is reminiscent of medieval illuminated manuscripts rather than modern fantasy, and while it’s not wildly consistent in tone the drawings are all suitably portentous. Their design is described as ‘pre-distressed’, but unlike expensive jeans you don’t need to worry about having holes and scratches in your brand new purchase, as the cardstock seems perfectly reliable with a decent weight to it.

The decks are about as practical as you could hope, with the Deck of Illusions’ content lining up exactly with the D&D 5E incarnation of the item. It would have been nice to have the illusory creatures’ stats printed on the cards, but for many of them this wouldn’t be leave much room for the art so it’s no major loss.

The Deck of Many Things comes with a pair of reminder cards listing the consequences of each draw, and though it’s not tied to any specific edition of the game it’s entirely usable.

Do either of these really add anything functional to a game? Not really. The custom cards have an edge on convenience as there’s no need to look anything up on a chart, but that’s about it.

If you’re seriously thinking about picking up a pack of mystical cards for your D&D game, however, functionality probably isn’t your highest concern. And while there are plenty of options for picking up custom decks online, Cultzilla’s offering is high-quality and well-presented.

The price is a shade higher than some of these cheapest alternatives, but you can bet that if I’m subjecting my game to the inferno that is the Deck of Many Things I’m doing do it in style, and that’s exactly what these cards offer.

This article was contributed by Richard Jansen-Parkes (Winghorn) as part of EN World's Columnist (ENWC) program. If you enjoy the daily news and articles from EN World, please consider contributing to our Patreon!
Last edited by a moderator: Aug 13, 2019
Click to expand...