In 2210, scientists discovered a wormhole allowing travel to the opposite side of the Milky Way galaxy. Once across, exploration teams discovered worlds far more suited to human habitation than those in star systems nearer to Earth. Were they terraformed by some unknown race? Are they just a coincidence in the vast diversity of the universe?

Over the ensuing years humans left Earth and began to colonize these worlds. Nation-backed colonies. Corporate colonies. People who simply no longer felt compelled to remain on Earth. The best and brightest.

In 2331, the unthinkable happened. The wormhole collapsed leaving those in Clement Sector cut off from Earth. Now these new worlds and new civilizations must stand on their own.

Clement Sector Third Edition is the ultimate version of one of the fastest growing space opera games out there. Powered by the Cepheus Engine, this book contains everything you need to run a Clement Sector game. This new edition contains all of the setting information you need as well as an entire rules set.

Clement Sector is also filled with campaign and adventure seeds to allow you and your players to jump straight into the action.

Welcome to the ultimate edition of Clement Sector! Adventure awaits you! 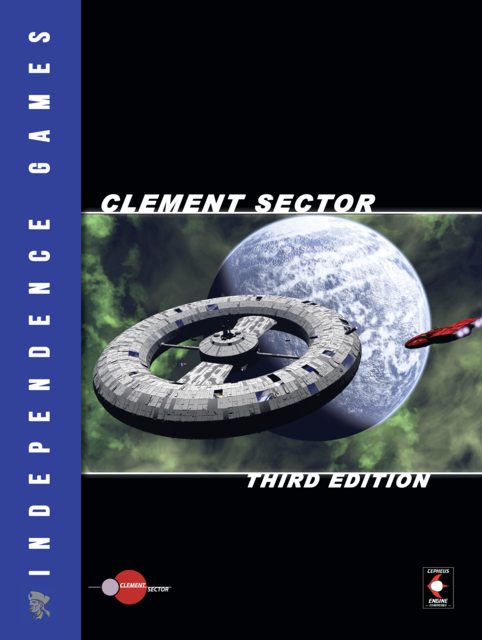