New Release
D&D Classics: B3 Palace of the Silver Princess (Basic)
Wizards of the Coast
$9.99


Not long ago, the valley was green and animals ran free through golden fields of grain. Princess Argenta ruled over this peaceful land and the people were secure and happy. Then one day, a warrior riding a white dragon appeared in the skies over the castle, and almost overnight the tiny kingdom fell into ruin. Now only ruins and rumors remain, and what legends there are tell of a fabulous treasure still buried somewhere within the Palace of the Silver Princess.

This module is for use with the D&D Basic Set and is specifically designed for beginning players and DMs. Contained within are maps of the palace and its dungeons, background information, new monsters, and a special preliminary adventure for novice DMs and players alike. 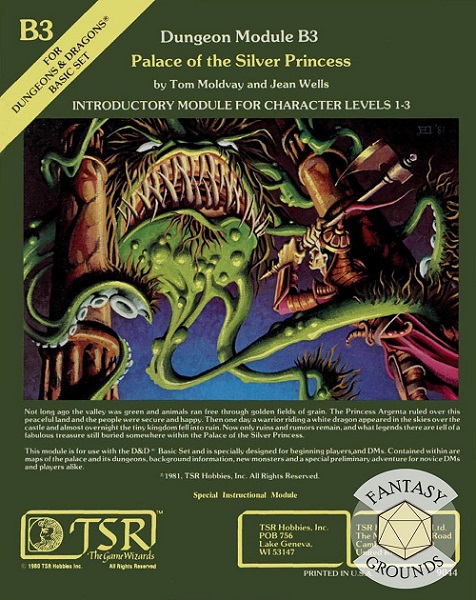