D&D Classics - C1 The Hidden Shrine of Tamoachan (1E)
This module was originally used for the Official Advanced Dungeons & Dragons tournament at Origins '79 and is the first in the Competition Series. This module contains a challenging setting as well as an original scoring system and an assortment of pre-rolled characters for adventuring. This module may thus be used for private competition among players, or as a separate, non-scored adventure! Also included herein are background information, a large-scale referee's map, referee's notes, and new monsters and descriptions for an added taste of excitement. This adventure is meant to stand on its own and includes areas on the map where DM's may add their own levels. 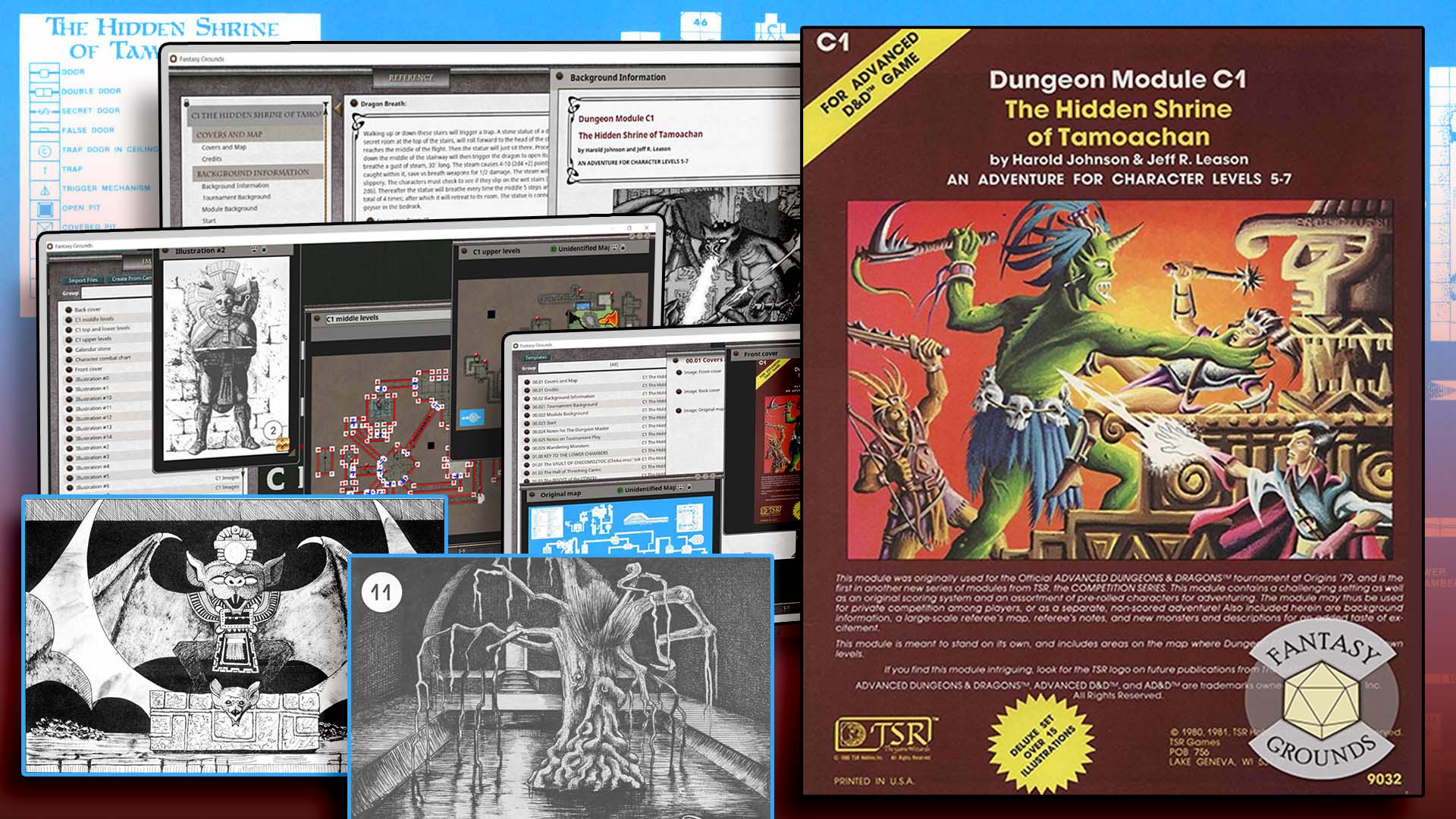