D&D Classics: X1 The Isle of Dread (Basic) Hundreds of miles from the mainland, surrounded by dangerous waters, lies an island known only as of the Isle of Dread. Dark jungles and treacherous swamps await those who are brave enough to travel inland in search of the lost plateau, where the ruins of a once-mighty civilization hold many treasures - and many secrets! The Isle of Dread is the first in a series of adventures for use with the D&D Expert rules. The module is designed as an instructional aid to help novice Dungeon Masters design their own wilderness adventures. For character levels 3 to 7.

Included in the module are 13 maps of the isle, 16 new monsters, and suggestions for further adventures on the Isle of Dread. A special continent map, complete with background information, is also included. The Isle awaits! Will you be able to find the lost plateau and discover the secrets of the Isle of Dread? 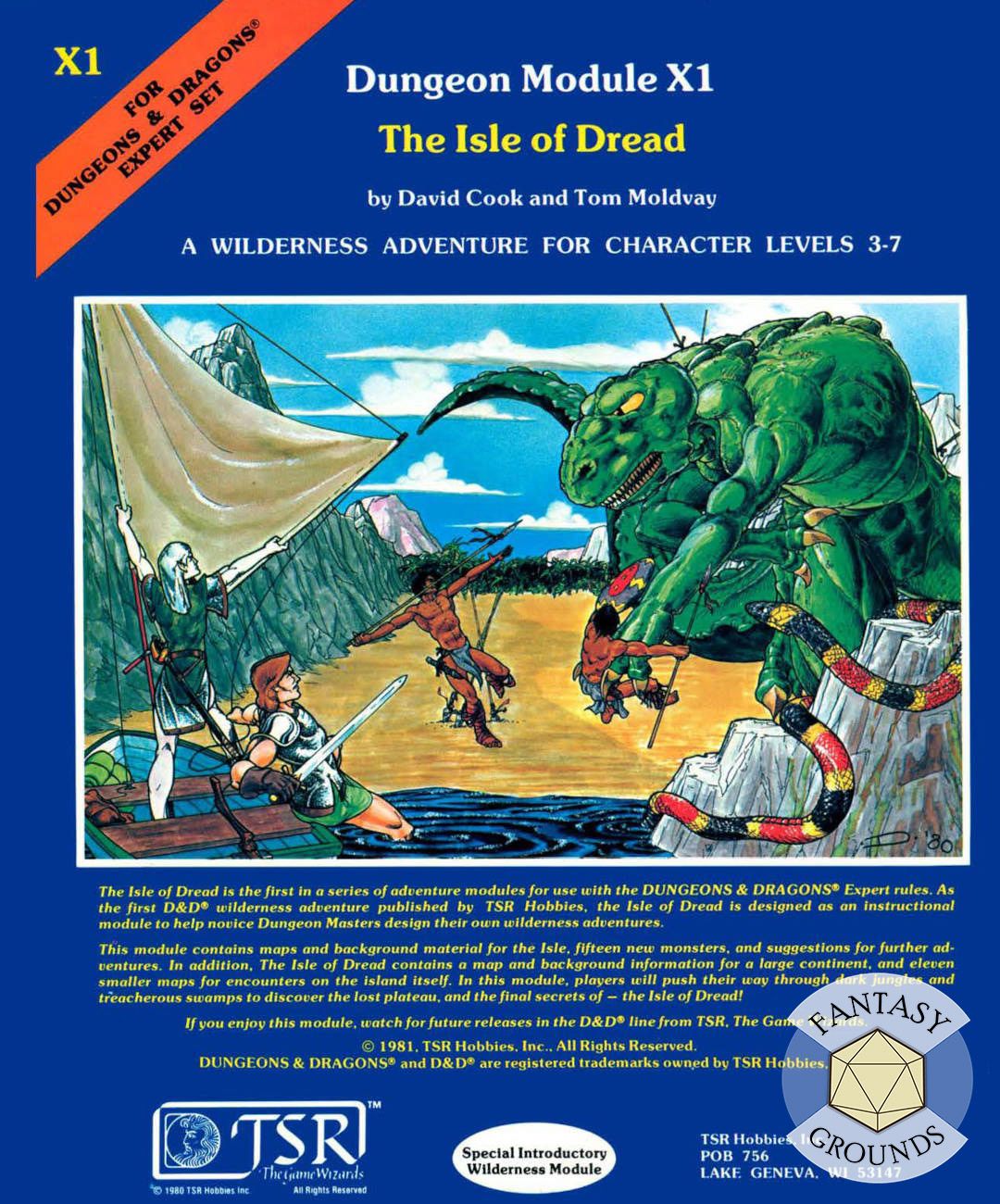