Porcupine Publishing will launch a Kickstarter campaign on 30 January 2020, to raise funds for a print run of The Elephant & Macaw Banner Roleplaying Game complete rulebook. The game is already an award-winner, with the Player’s Guide that contains the basic system and background having won a Judge’s Spotlight at the ENnie Awards in 2019. Learn more at porcupinegames.com/EAMB 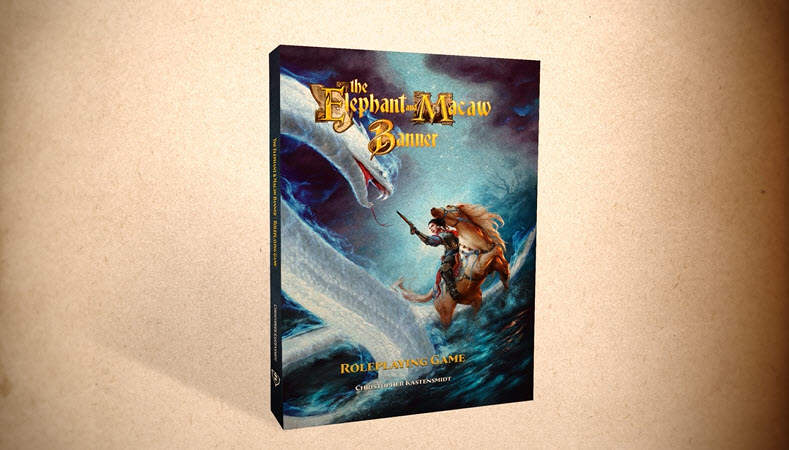 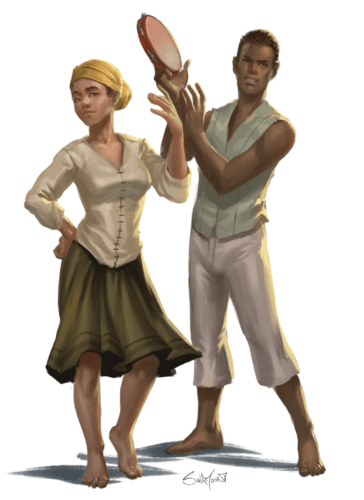 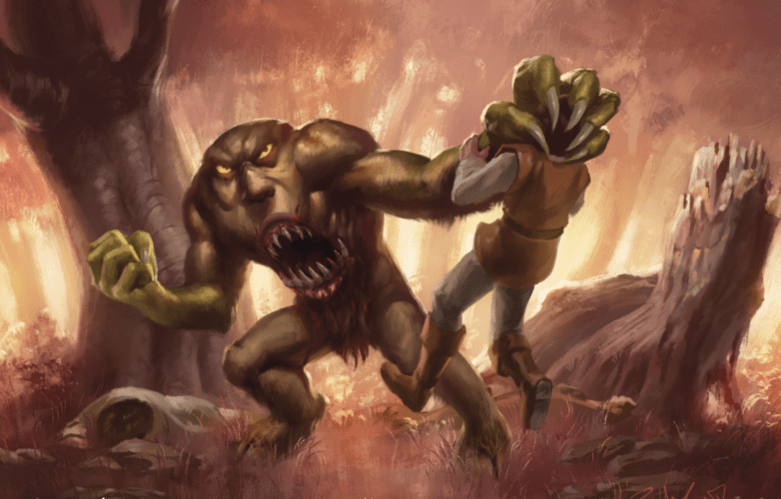 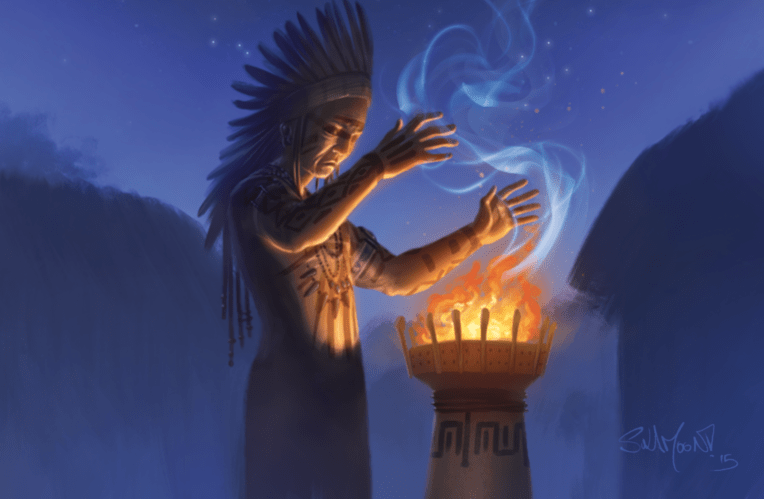 The complete EAMB RPG rulebook contains the Player’s Guide content as well as expanded setting and system materials for a complete game experience, a fantastic bestiary drawn from Brazilian folklore, and an introductory adventure. Kickstarter backers will be able to obtain the book in digital format (PDF), as well as the physical book. In its physical format, The Elephant & Macaw Banner core rulebook is a 208-page, full-colour 11" x 8.5" softcover.

The Kickstarter project page can be found at Coming soon: The Elephant & Macaw Banner Roleplaying Game
This URL is currently a "stay tuned" page, which will be the address of the complete project upon launch.

The Characters – 'So what do I actually do?'
To oversimplify, the player characters of The Elephant & Macaw Banner RPG – like Oludara and Gerard in Christopher Kastensmidt's original stories – travel from place to place exploring Brazil, meeting people of different cultures and helping them to fight off monsters from Brazilian folklore as well as human villains.
In the book you'll find everything you need to create adventurers from a dozen or so of the major cultures native to Brazil, as well as more recent arrivals from Europe and Africa.

The System
There are no character attributes in EAMB – only skills, which you can develop to three levels: Apprentice, Practitioner and Master. They range from general skills like horse-riding or swimming, to more specialized training in things like navigation, music, weapons, academia and languages. You gain learning points over the course of your adventures that you can spend on improving any skill.

When a player wants to use their character’s skill to resolve a challenging or risky situation, the outcome s not certain, and something serious is on the line, we call this a feat. You attempt a feat by rolling three six-sided dice, adding a bonus for your skill level (and sometimes equipment) and seeing if it meets the target number: typically 12 for an easy feat.

Some skills are very special indeed. They control the supernatural powers granted by Faith, Breath, and Ifá.
Faith is the product of divine blessings and devotion to the Christian church, tied to the use of divine graces to perform miracles.

Breath is the fundamental expertise of the pajé, the shaman and healer of the native peoples. The concept of spiritual breath is based on the importance of air, respiration, and the connection between these and the spirit world.

Ifá comes from the study of the teachings of Orunmila, brought to Brazil from Africa. Through this study, iyaláwos and babalawos learn how to prepare medicines and the techniques of divination to consult the orishas. 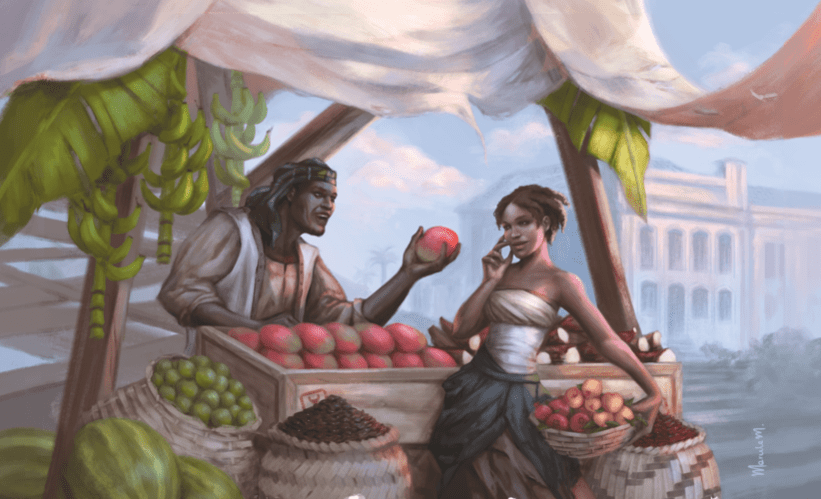 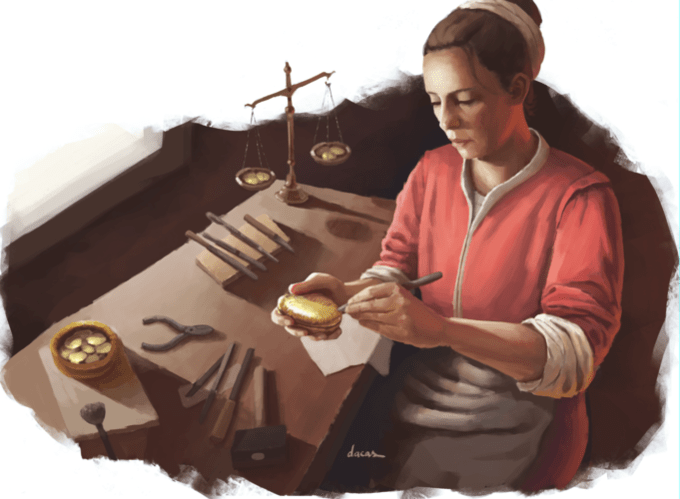 The Team
The Elephant & Macaw Banner Roleplaying Game is the work of a diverse team of talented people, based in the Americas and Asia.

Game Design – Christopher Kastensmidt
Christopher's writing and game design have netted him nominations for close to a dozen awards, including the Nebula and Brazilian SF prize,the Argos, as well as winning an ENnie in 2019. Some of his soon-to-be published projects include the video game The Path of Calydra and the feature-length film Edifício Bonfim.

English Translation & Project Management
Thomas McGrenery is an RPG writer and translator from Hong Kong. His published RPG credits include work on Feng Shui, Heavy Gear, the Infinity RPG, Mutant Chronicles, and Night's Black Agents/GUMSHOE. He is the co-host of the ENnie award-winning RPG podcast Fear of a Black Dragon. 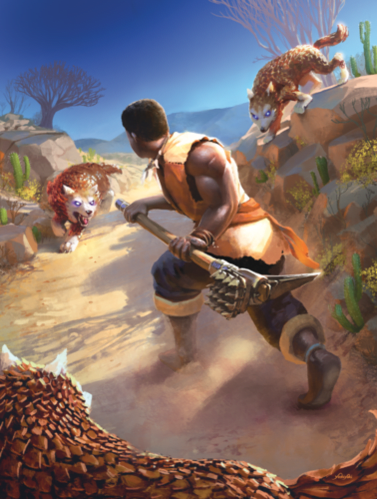 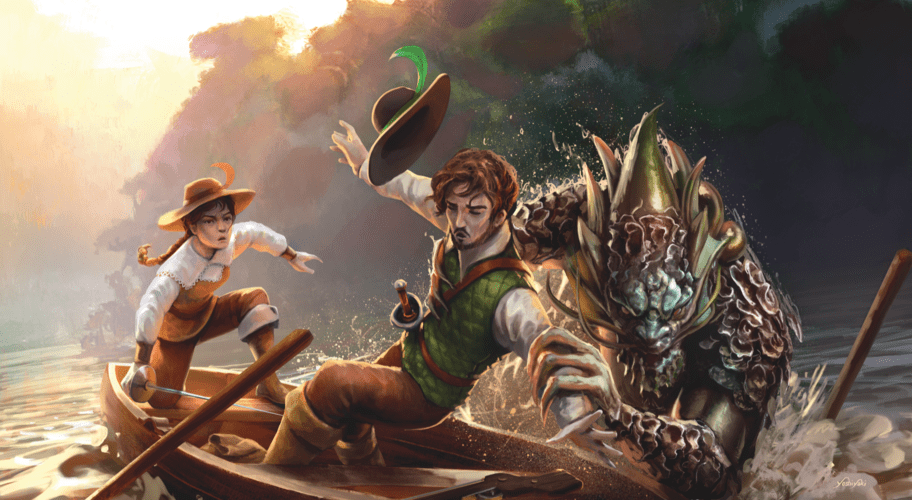 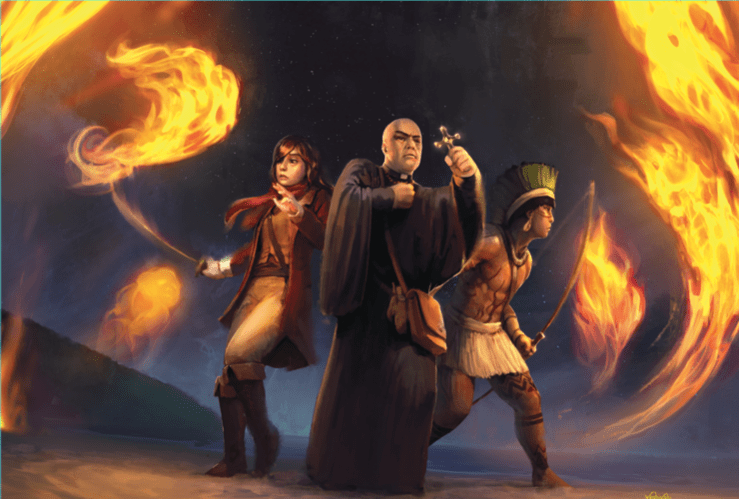 “It’s got a great skill system, no attributes. It’s got a simple but deeply engrossing combat system. There’s very deep magic systems – and there are three of them, and they all intermingle pretty well. It’s got some snappy full-colour art … you definitely want to keep your eye out for what the team at Porcupine Games and Christopher Kastensmidt are putting together for us.”
- Brian Nowak, ENnie Awards judge

"In EAMB historical Brazil meets the fantastic Brazil, where national myths and legends come to life, unlikely heroes arise and the most exciting adventures come true. It is the idealization of a universe that takes pride in being Brazilian. "
- André Cruz, O Velhinho do RPG

"The Elephant & Macaw Banner RPG takes you to a spectacular colonial Brazil, where myths and legends are real and challenges await those with the imagination and the courage to face them."
- Marcelo Telles, RedeRPG

"The Elephant & Macaw Banner reminds us of a fantastic universe that should be known to all Brazilians, masterfully rescuing our rich mythology and folklore, taking players on a journey not only for great adventures, but also for their own cultural identity."
- Dmitri Gadelha, history professor, founder of Vila do RPG

The art looks red-hot and I love Porcupine's previous selections from Brazil (Grim Hunt and Order of the Last), so call me interested!
P