"Despair on Danger Island" is a Pathfinder adventure for four 11th-level characters. This adventure begins the Ruby Phoenix Tournament Adventure Path, a three-part monthly campaign in which the players compete in Golarion's most amazing fighting tournament.

This adventure also includes new rules to help the Game Master create an entire roster of rival fighting teams, maps, and lore of the dangerous tropical island of Bonmu and a boatload of new island monsters. 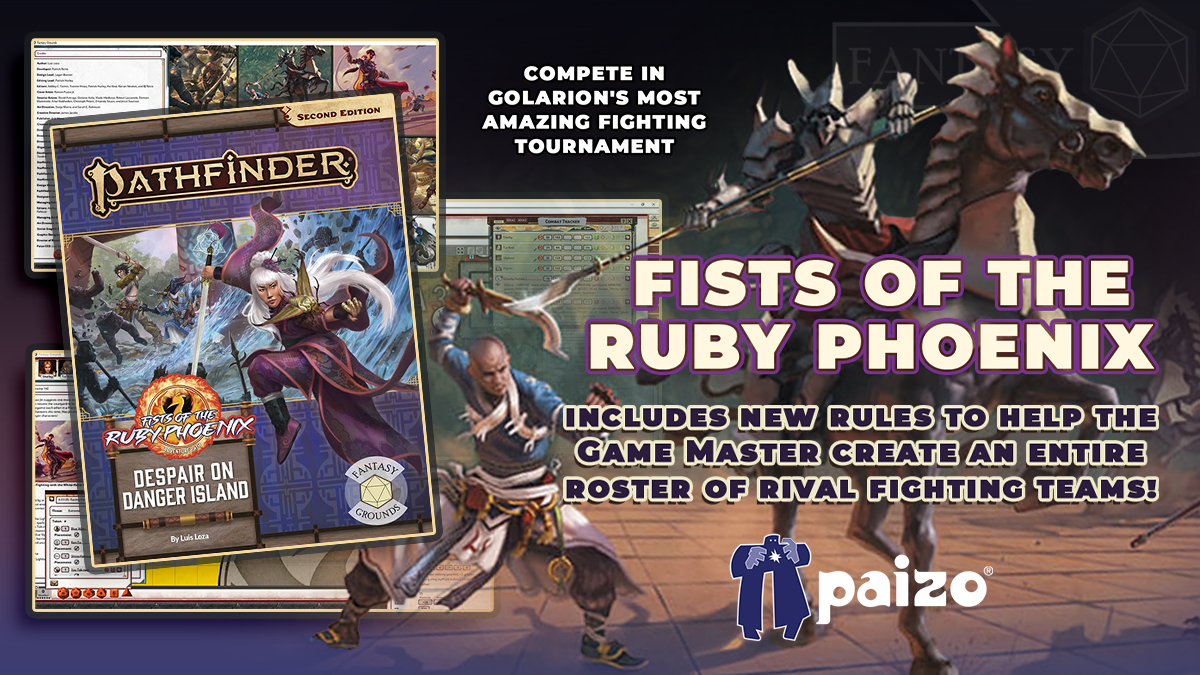