I met Gary Gygax at a book store. He told me he had a game where I could play Conan and fight Set. Just like that I was hooked.

I went over to his house and rolled up a wizard character in D&D. For the first adventure we went to Kong Island. Gary wanted to play test that adventure. I was first level and all the rest of the players were 5th and 6th. We wandered in the night a bit and found a village. I tossed a light spell in a large hut and woke up ten native warriors. We all ran for our lives. A thrown spear ended my character's life and that was the adventure.

I discovered next week that Ernie, Gary's son, used a wish spell to bring us all back alive. 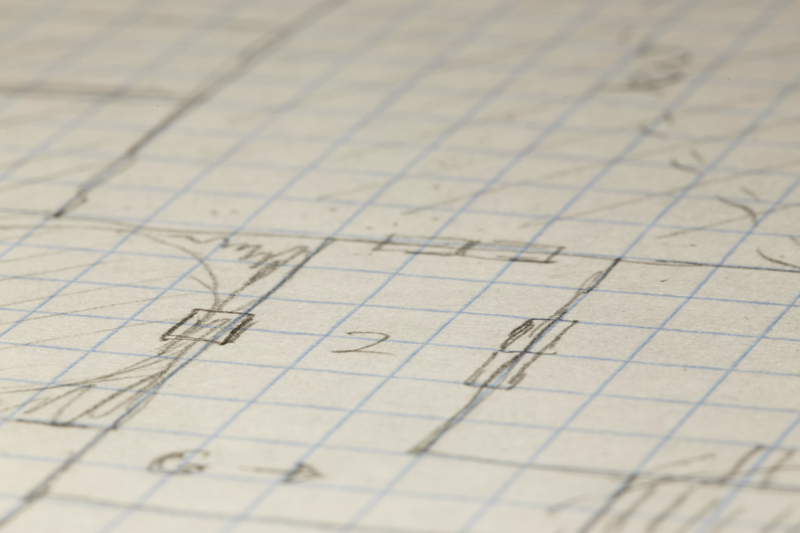 I came back week after week and had the fun of a lifetime. It took me six months to figure out the dice. In those days you had to roll a d6 and on a 1-2-3 you added nothing and on a 4-5-6 you added ten to the twenty sided die that you rolled. Figuring out the die to use for weapons and monsters and even reading the 4 sider was work.

I learned how to trail map from Don Arnt. That is the easiest mapping form as it just notes the paths in the four directions and the doors. The chamber sizes don't matter. Later, I would learn how to map out dungeon rooms and that was a lot of fun as Gary called out the distances in a chamber and I could sometimes figure out where a secret door was located. It wasn't until years later that I found out that sometimes Gary had two chambers connected to one secret door. Depending on if you pressed the right or left side of the door was the chamber you were allowed to enter.

Gary Gygax was the ultimate storyteller. As I gamed with him the only time he consulted the rules was when he gave out experience points for killed monsters and treasures. He made moving through his dungeon come alive. We could easily imagine the sights, sounds, and even the smells as he described the chambers and the corridors.

He would change his style depending the experience of his gaming audience. If there were no mappers, he would talk about moving north or south down a corridor. If people trail mapped he would count out the ten foot squares and we would find out exactly where the doors were positioned in a chamber. Ernie, his son and soon myself would use graph paper and we would plot out the areas and Gary would give us exact dimensions so that we could easily make copies of his complex dungeon. We would hear about dripping ceilings, the musty smell of mold covering a wall, or the stench of a refuse pile.

Although he was a storyteller, there was no effort to thread a plot through his dungeon. Keep in mind that this was the dawn of role-playing and some concepts of 2020 gaming weren't known then. It was entirely find the monsters, fight the monster, and take his treasure. Some of the dungeon chambers were filled with surprises. There were creatures hiding above the doors, there were creatures looking like tables and chests, and there were surprises in plain sight that would attack as we moved in the rooms. It got so that I would say upon entering any new area, “Gary, I look up, and down, and all around the area before I walk in. That stopped a lot of ugly surprises from happening.

We learned to be very cautious in Gary's dungeon. We started tossing torches and then lanterns into dark rooms. It wasn't too many burnt scrolls and broken potion bottles to have us change our ways. Soon, we were tossing in coins with Continual Light tossed on them. This caution had consequences as wandering creatures would be attracted to the magical light.

Gary Gygax was a voracious reader. Keep in mind in the days of 1973 and 1974 there was no internet and no google. Gary had to pull information out of books and he read three or four from the library every week. That is one reason you see a lot of Greek mythic creatures in his beginning lists.

Ernie Gygax, Gary's son was in 8th grade in 1974 and already he was a canny gamer. I learned a great deal from him as a player in the game. Caution was the constant byword in our gaming.

I rose in wizard levels quickly because all of the other 5th and 6th level characters gained a lot of loot and I had an equal share of the gold and gems. Gary loved giving gems as treasure. Along the same lines he would roll for the value of each gem. Any roll of a 6 on a d6 doubled the value of the gem. Sometimes he would roll four or five sixes on a single gem and the value went way up.

The group was scrupulously fair in dividing up treasure. Everyone got a percentile roll for the magic items. That is how my character acquired a Staff of Power when he was low level. I rolled a 99% the other much higher characters groaned to see a low level character get the staff.

Also never doubt that Gary was not a Monty Haul referee. He had to be because he had to play test all of the magic items he put in his rules. He had no idea what a Deck of Many Things or a Portable Hole would do to his campaign world. So his wondrous dungeon was liberally sprinkled with magical treasures.

Then we have the concept of cursed items. Gary loved to expose his players to cursed items; way too much if you asked me. I can't tell you how many times I was exposed to Horns of Bubbles or cursed rings. One of his favorite tricks was to give out a magical sword that seemed to do great things like burst into flames or do extra damage to giant-types. That weapon, unknown to the wielder would have some sort of curse, like attracting arrows to the player or causing them to strike at a -3. Once we got to higher levels we could detect for those curses, but it the beginning it was rough.

One adventure I acquired a grand long sword. It was a +3 to hit and do damage. It could talk. It could burst into flame on command. It also had a chance to note secret doors. However, the sword loved gems. The weapon demanded gems put on its sheath regularly or it would not use any of its powers for the wielder. Over the adventures this got very expensive for me as I had to give the best gems to the sword for its work.
Click to expand...

Just have to say, I love hearing about your early gaming experiences.