What is QuestCore Fantasy?
The QuestCore Fantasy RPG is a unique, smart, and exciting tabletop role-playing game.
The rules are based on the best selling QuestCore RPG system. The game is inspired by games like Dungeons and Dragon and Basic Role-Play but with less rules.

Create stories together and venture into your realms with QuestCore - it offers the perfect blend of easy to use rules, role-play, character development, and story creation. QuestCore Fantasy offer lots of playable races and classes. 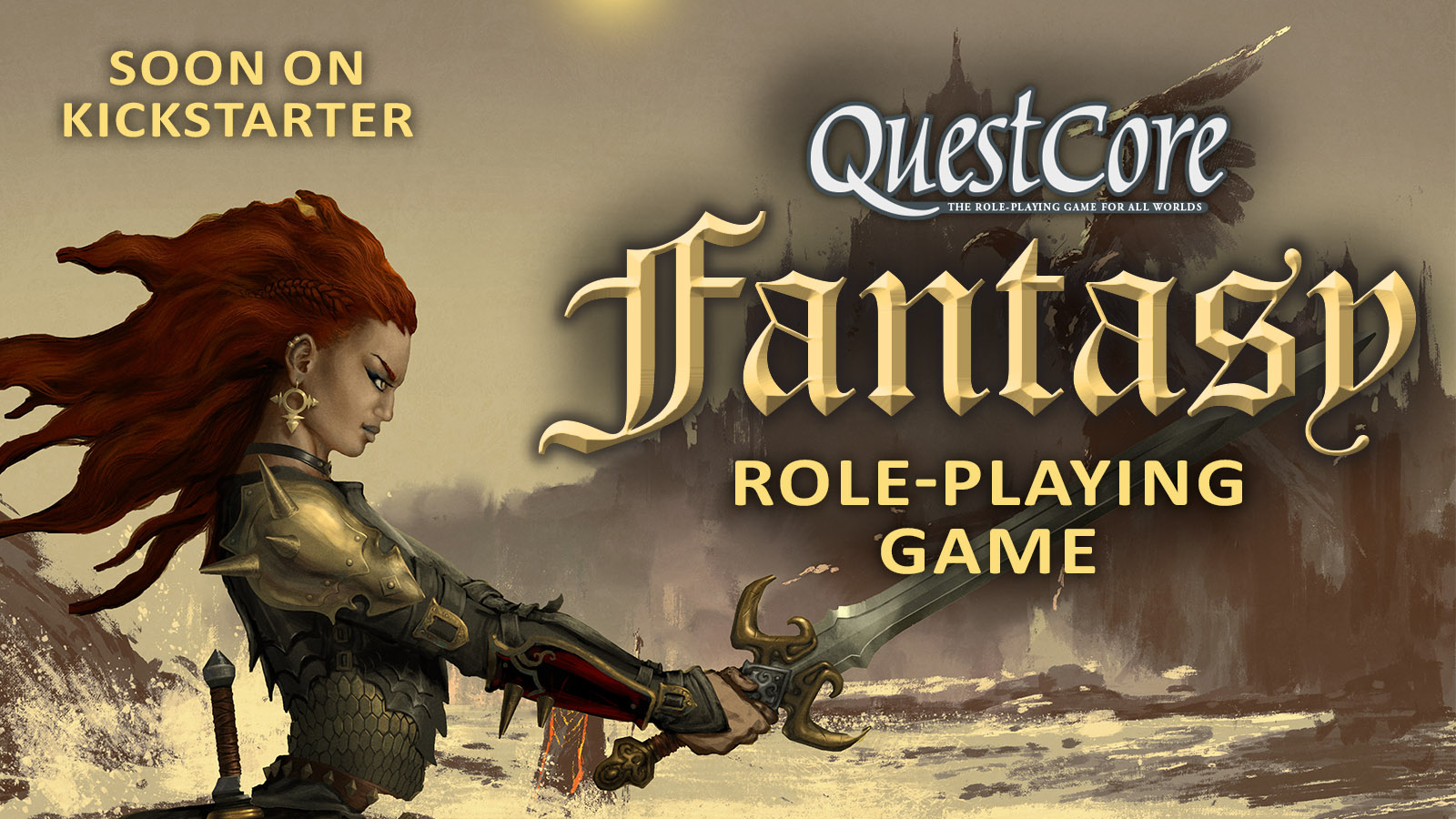