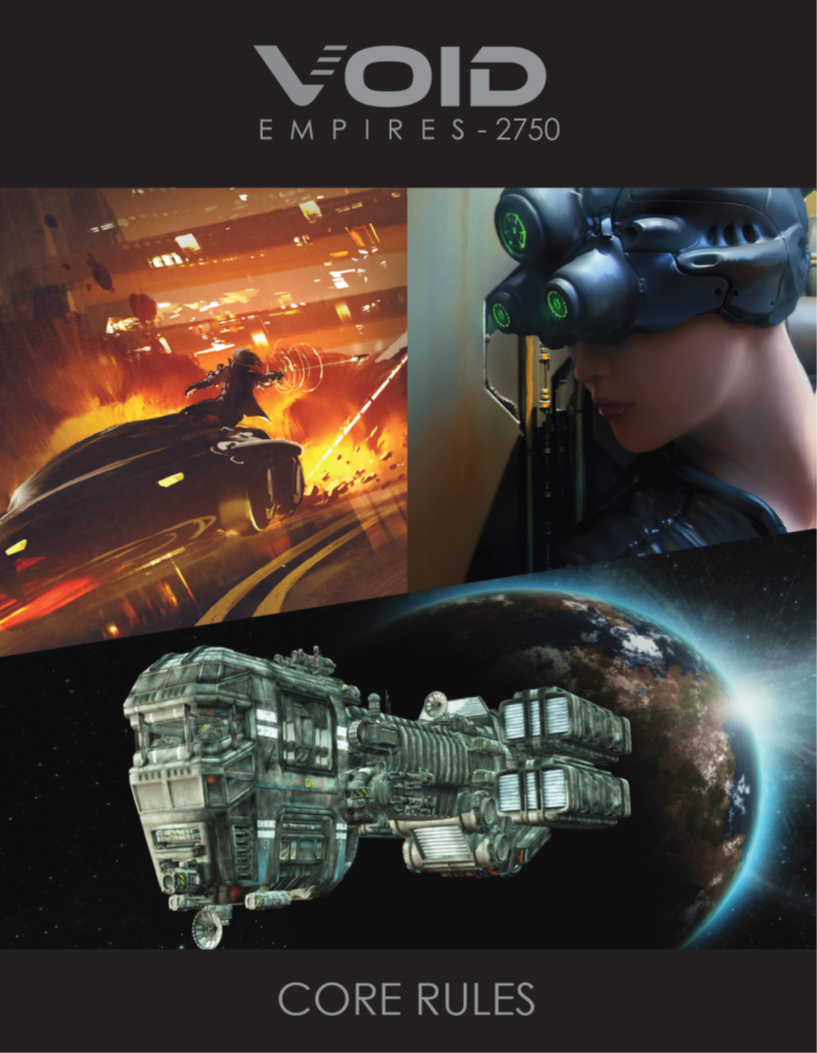 In case you missed it last week, DriveThruRPG ran its first game jam, PocketQuest 2022, and now the results are available for us to enjoy! The rules for the jam were pretty loose: Rules-lite stand-alone games of no more than 20 pages and centered on the theme of “Summer Camp”. Over 100 titles have been submitted for the jam ranging from horror to romance to fantasy to sci-fi to sports to solo/duet blogging games and pretty much anything else you can think of. If you’re looking for up and coming new designers and indie publishers, there’s plenty on display here.

Nerhesi released the full core rulebook Void Empires: 2750, a science fiction roleplaying game with an original 2d6-based system. The rules come in three scales (personal, vehicular, and spacecraft) with flexible rules to cover any science fiction campaign you can think of, from post-apocalyptic survival to military conflicts with hostile aliens to peaceful exploration among the stars with other friendly aliens to epic battles between psi-warriors.

Sean O’Dell released a trio of adventures for Monster of the Week as seen on the Dungeons and Pop podcast. Five Nights at Goodmans pits the party against the horrors of children’s pizzeria animatronics. Un-BEAR-Ably Lost sends the party to a national park to chase Brogi the Bear who has been kidnapping vacationers…or is it something else? Time to Face the Music is about a puppet variety show where something is slightly off.

RV Games has new options for players of Mothership with streamlined downtime rules for the sci-fi horror RPG. This 4-page pamphlet gives you options for what characters can do both on shore leave and when not on duty on the ship.

If you’ve ever thought of games like Skyrim, Fallout, and Mass Effect with their minigames for picking locks and opening doors, you might wonder why the same in RPGs comes down to just a dice roll. Well Uncle Vova has given us Lockpick – A Realistic Picking Minigame that adds a fun dice-rolling minigame beyond just “meet the target number” to simulate lining up the pins on a lock, making the feeling of cracking it open more satisfying. And if the idea sounds like something you want to steal for your own published products, the rules have been released under a CC BY SA 4.0 Creative Commons license.

Maybe this is me personally, but I love weaving real-life science into my games. And resources like Science Based Starships and Colonies by Raymond Towers help a lot by doing the heavy lifting of sorting through real-life science to find the fun parts in ways easily incorporated into games.

Over on DM’s Guild, there’s a new Domain of Dread for Ravenloft that may seem a bit familiar. “All children, except one, grow up” and the world of carefree childhood adventure is twisted into something more sinister in Thomas and Rachel Kolor’s Neverland: A Ravenloft Domain of Dread.

Penny Blake has an adventure that’s going to sell you on it from the name alone: Cupcakes of Doom. You have been invited to the birthday party of Gerard the Lich in this comedy murder mystery adventure complete with maps and a reference list of all the guests.

And on Storyteller’s Vault, Carlos Eduardo Torres de Oliveira Mangabeira brings the World of Darkness to Brazil with Recife by Night. This sourcebook covers the history of the city from its founding during Portuguese colonization (who brought the Camarilla along with them) all the way to the modern day as the city’s leadership is threatened by an increasingly powerful Anarch faction.

Modiphius is holding a sale in celebration of their ENnie Award accomplishments. Get 10% off all products that were nominated for an ENnie Award and 20% off the winners, Dune: Adventures in the Imperium and Achtung! Cthulhu Gamemasters Guide. The sale is also going in Modiphius’s US-based store as well for easier shipping in America.

On the DM’s Guild, there’s a bundle for Lion City Conclave 2022 featuring a collection of works by Singapore authors. This bundle features thirteen adventures including several certified for Adventurer’s League organized play. 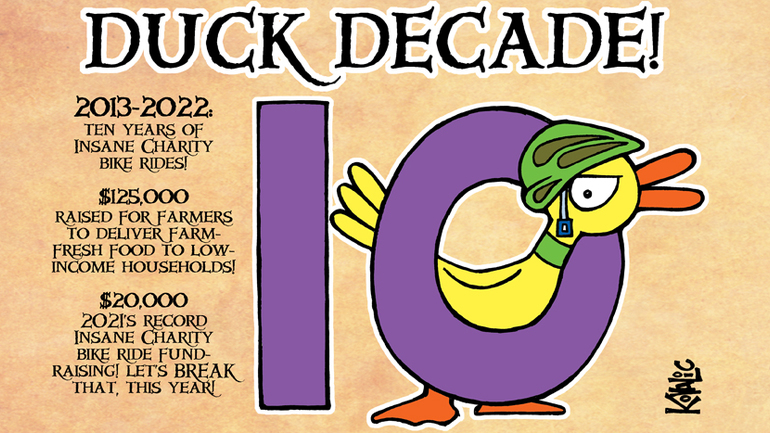 Bundle of Holding has a pair of bundles for Legacy: Life Among the Ruins, a Powered by the Apocalypse RPG about building a new world in the ruins of the future. The first bundle has the core rulebook along with an inspiration artbook and a soundscape, along with a Level-Up option to add on four different campaigns including Generation Ship, Primal Pathways, Godsend, and Worldfall.

The second bundle is yet another expansion of new settings and campaigns for Legacy: Life Among the Ruins with six more books: The Engine of Life, End Game, Wasteland Almanac, Rhapsody of Blood, Rhapsody of Blood: Terra Incognita, and Free From the Yoke.

If you want giant robots shooting lasers and missiles at each other, there’s no better place to go than the original with BattleTech. The BattleTech Total War Bundle of Holding comes with everything you need to get started with both the tabletop wargame and the roleplaying game with MechWarrior: Destiny for roleplaying, the comprehensive tabletop wargame rules with BattleTech: Total Warfare, and the custom mech building and technical upgrade sourcebook BattleTech: TechManual at the core level. There’s also a bonus collection add-on that expands the rules even more with Strategic Operations that covers space battles, Campaign Operations for managing units from small mercenary companies to entire House regiments, and Tactical Operations: Advanced Rules for new battlefield tactics, weather and biome rules, artillery, and a lot more.

Over on Humble Bundle, the Maps Spectacular bundle is back with a massive collection of map-making software and assets. The bundle is broken into four tiers each adding on more options including City Designer 3, Dungeon Designer 3, Campaign Cartographer 3, and plenty of toolkits, art assets, symbol sets, and source maps to design any map you could possibly need for fantasy, modern-day, or science fiction campaigns.

Humble Bundle also has a massive collection of classic-inspired books in the Essential Classic Fantasy RPG Bundle. There’s five tiers total each packed with OSR rulebooks, sourcebooks, adventures, expansions, and more plus system-neutral setting books and map packs. The bundles range from seven books including the core rules for Old-School Essentials all the way up to a total of 59 books including one physical hardcover at the top tier.