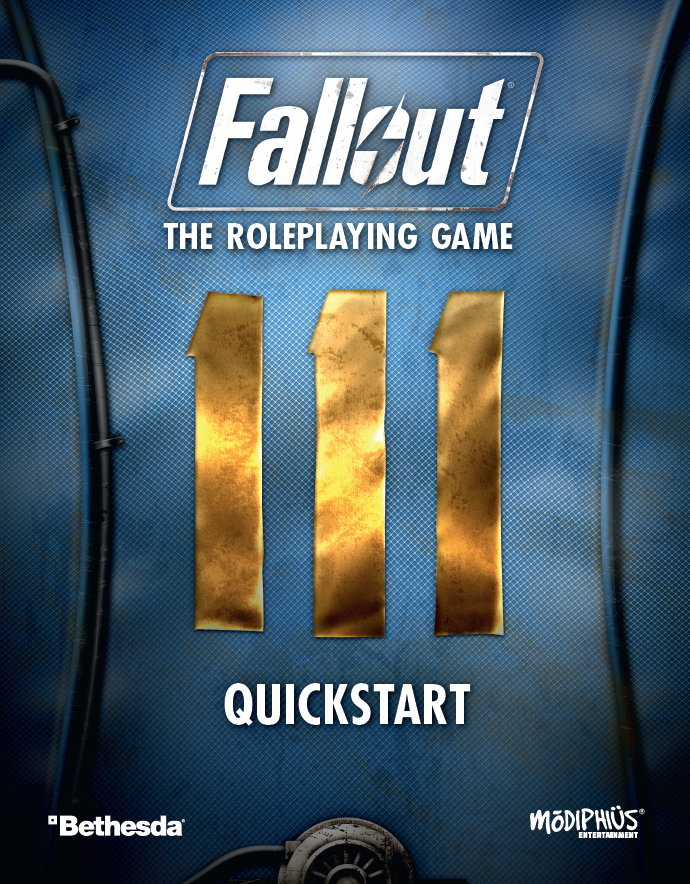 Quickstarts. Quickstarts never changes. Okay, that one doesn’t work quite as well, but Modiphius released the Quickstart edition of Fallout: The Roleplaying Game based on the post-nuclear video game franchise and specifically set in the Commonwealth of Fallout 4. This game uses Modiphius’s 2d20 System heavily modified to fit the Fallout franchise. This 64-page Quickstart gets you the starter rules for the game, the adventure Machine Frequency, and six pre-generated characters.

Do you want your post-apocalypse with more mecha? Leyline Press released a Quickstart for Salvage Union, a unique d20-based game in a world where the only way to survive is on giant mechs called Union Crawlers that house your entire community. Scavenge the wasteland for repairs and upgrades as you try to survive the bio-titans, alien constructs, and megacorproations who still own most of the resources of the world.

If you want a fast, one-page game set in the Old West, Bullets & Bluffs is designed not just for standard westerns but also subgenres like Weird West and Sci-fi/Western. The system uses two standard decks of playing cards for task resolution with no need for dice.

Continuing with the historical theme, Jerod Leupold’s Historical Postmortem: Edgar Allen Poe Edition is a GM-less journaling game based on the Second Guess System. You play as a detective seeking to solve a case in Baltimore, Maryland, of a popular author who has gone missing one foggy night.

Over on DM’s Guild, Anthony Anderson has a trio of subclasses for 5e that subvert standard expectations of fantasy RPG classes. Available as separate files, there’s the Barbarian Path of Composure for a barbarian who can hold their temper, the Sorcerous Origin: Armored for a sorcerer in armor, and the Ruffian Rogue subclass for a brutish thug.

Joseph Dyer released Baldur’s Gate – The Rising Tide, an adventure for 10th to 13th level characters with art by Adriano Kitani. Based on the Magic: The Gathering set Commander Legends: Battle for Baldur’s Gate, this adventure pits the party in the middle of a brewing conflict inside the walls of the city. 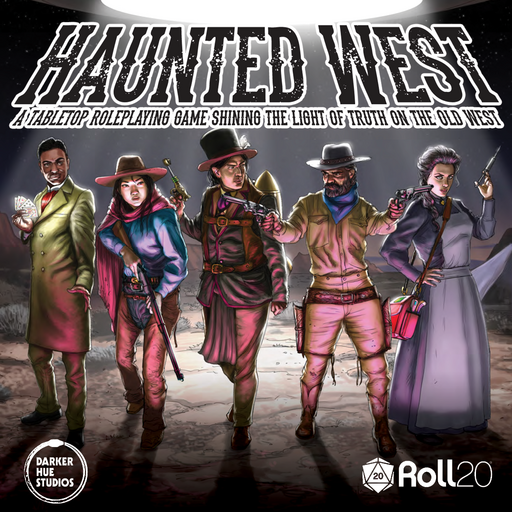 Roll20 now has a package deal for the Diana Jones Award finalist western RPG Haunted West by Chris Spivey. The bundle includes a digital copy of the core rulebook with all assets fully integrated into Roll20 including 69 statblocks, over 350 items, 5 world maps, 100 rollable tables, and an art pack full of tokens.

Skirmisher Publishing collected several of their science fiction offerings into the Sci-Fi Sampler Bundle. Seven different supplements for multiple systems and system-agnostic options such as 100 Oddities for a Wasteland for those taking advantage of the aforementioned Quickstarts for Fallout or Salvage Union. 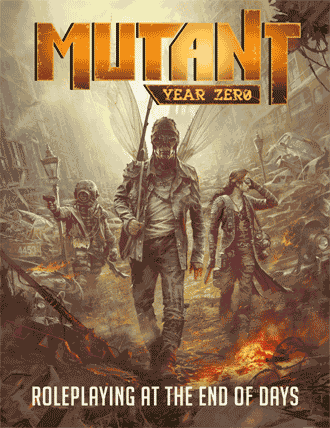 For the modern and post-apocalyptic players with 3D printers, Humble Bundle extended the Urban Apocalypse Wasteland Printable Models Bundle featuring three tiers with almost a hundred packs of ready-to-print files for miniatures at the top tier. The miniatures range from tanks to police to power armor to biohazard labs to assault ships to destroyed vehicles and a lot more figures, set pieces, and terrain.