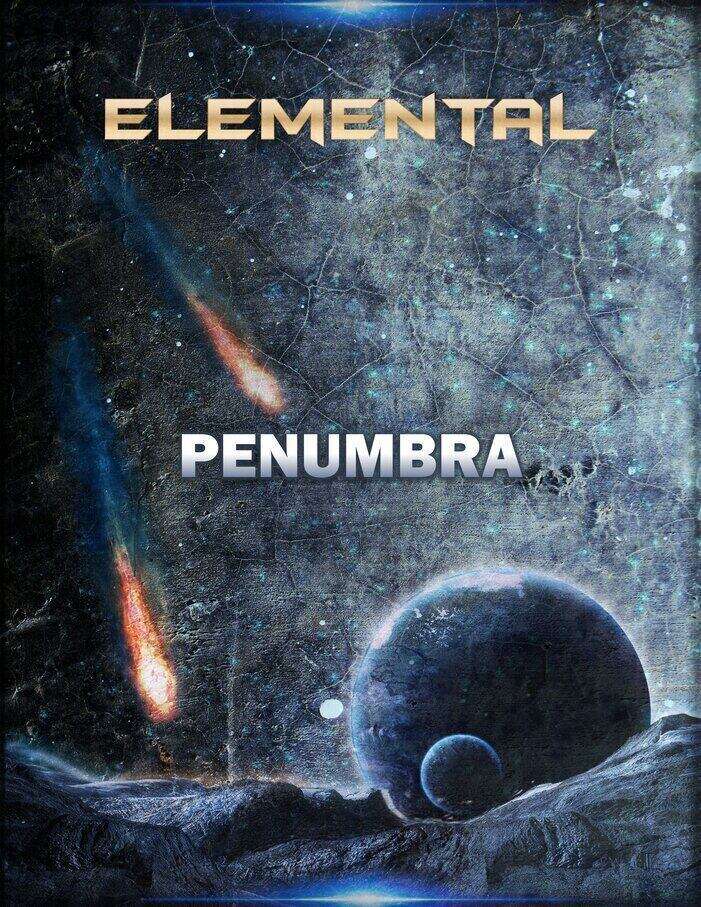 Gildor Games released a science fiction survival scenario for the Elemental RPG. The team only has 72 hours of oxygen left as they have to escape an asteroid mining facility before it’s orbit places it too far to signal for rescue. If you’re not familiar with Elemental, you can pick up the Elemental Discovery Guide with quickstart rules for the generic d6-based system.

And if you want to ramp up the horror in your sci-fi game, Wayward Games also has a survival ticking clock micro-RPG with Distress Calls. Inspired by the Alien franchise, the works of John Carptenter such as The Thing, and Event Horizon; this two-page PDF contains all the rules you need to survive an understaffed space station, rundown research facility, or small frontier colony as the party must work together or tear itself apart.

And continuing with the horror theme, Sixpence Games has a quickstart for their upcoming horror mystery game Fear of the Unknown. The quickstart contains rules for character and setting creation along with all of the basic moves and revelations to test out the game before it comes to Kickstarter next month.

If you’re looking for a lightweight superhero game, SUPER! Is out now from Smokebomb using the 24XX System designed by Jason Tocci. The PDF contains complete rules for playing a superpowered game that allows you to create any kind of superpowered character you can dream of along with tables to generate locations, dangers, and more.

For players of MÖRK BORG, Kyle Tam has a new class, the Champion of Fallen Gods. As a hero of the past, you were granted gifts of speed, strength, and stamina. Even as those gifts wane, the artefact gifted to you by your patron god still contains the gift of your master.

And if you want an adventure for MÖRK BORG, Nightfall Games has Eight Page Goose for the Demon Dog campaign setting. Why “Eight Page Goose”? Because it’s eight pages and has a goose in it.

Over on DM’s Guild, Firbolg Factory released Hit Dice, A Currency, a short rules supplement that gives you new options for how to use your hit dice during the game.

Bianca Bickford and Kelly Knox have a new subclass for the Bard, the College of the Mariachi. Drawing from Mexican culture, the Mariachi is not only a musician but draws from the charros culture of horse riders to create magical lariats.

J.D. Stroix asks the question What’s Wrong in Rethlyn?, which is also the question the players must figure out in this adventure that takes characters from 4th to 7th level. People have gone missing and entire villages disappear in the night as the party is sent as the latest search party to discover what’s happened. Oh, just to warn you, none of the other search parties have returned…

And on the Storytellers Vault, Bram Clark released the Gimme Shelter Players Kit that lets Changeling players explore the psychedelic world of 1965 London. The kit is intended for use with the Gimme Shelter Chronicle and features custom character sheets, masks, player handouts, location guides, slang list, and more.

It’s week one of the DriveThruRPG September Setting Sale and this week is all about Forged in the Dark. You can pick up the Blades in the Dark core rules or any of a collection of settings for the system such as Wicked Ones, Court of Blades, Scum and Villainy, Trophy Dark, and a lot more.

Skirmisher Publishing has a massive discount on a variety of products with the Labor Day Weekend Bundle. This collection of ten PDFs includes supplements, maps, campaign settings, short stories, miniatures, a comic, and more covering fantasy, science fiction, and horror.

Atelier Clandestin released a collection of random generators to help you quickly prep for your next game in a variety of genres. From post-apocalyptic encounters to peaceful abbeys and their inhabitants to magical schools to magical school teachers to wild west outlaws to fantasy heist encounters and more.

If you’ve ever wanted to play the classic Ravenloft modules but didn’t want to convert, there’s an entire bundle of conversion guides for the original adventures. You’ll still need your own copy of Feast of Goblyns, Ship of Horror, Touch of Death, Vecna Reborn, and When Black Roses Bloom in order play, but the hard work of translating the rules to 5e has been done for you.

And for those looking to play the monsters (even among the monsters), there’s the Black Hand Scenario Set 1. You get not only The Black Hand: Playing the Sabbat with rules and player options to play the Sabbat in Vampire: The Masquerade 5th Edition, but you get two scenarios: Our Graves Are Empty as a newly Embraced Sabbat Pack and Lost in the Garden that explores the Bahari Faith and the Path of Lolth.

Back in July, Chaosium joined Storytelling Collective in a month-long RPG Writer Workshop. And now, we can reap the bounty this program has given us. The games have been bundled by system: 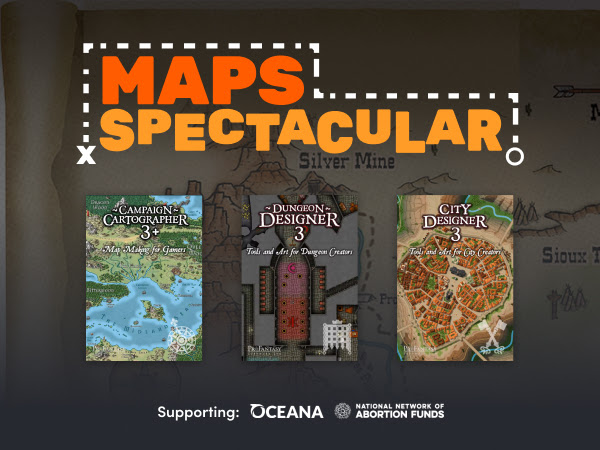 Over on Bundle of Holding, Green Ronin brings us a bundle for True20, the streamlined d20-based RPG derived from Mutants & Masterminds. The Core Collection gets you the True20 Revised Corebook and the True20 Bestiary with everything you need to play, while the Bonus Collection adds on three True20 role handbooks along with expansions for fantasy paths, true sorcery, and cybernetics.

Also on Bundle of Holding, there is a pair of bundles for Dungeon Crawl Classics by Goodman Games. The first for those new to DCC is the DCC Essentials Bundle with everything you need to get started. This bundle features the Dungeon Crawl Classics Role Playing Game core rulebook, Judge’s screen, and a pair of adventures, Sailors on the Starless Sea and The Black Heart of Thakulon the Undying.


The Maps Spectacular bundle has been extended for another week with a massive collection of map-making software and assets. The bundle is broken into four tiers each adding on more options including City Designer 3, Dungeon Designer 3, Campaign Cartographer 3, and plenty of toolkits, art assets, symbol sets, and source maps to design any map you could possibly need for fantasy, modern-day, or science fiction campaigns.