Subsector Sourcebook: Artemis is now available in print and PDF at Drive-thru RPG as well as at the Independence Games webstore in PDF.

Artemis Subsector, Subsector H of Earth Sector, is a mixture of the civilized core and the trailing frontier. Named for the Greek goddess of the wilderness, most of the worlds are true to the name and have vast wilderness areas still ready to be tamed.

Artemis Subsector is home to colonies founded by Germany, the United States, China, the Pan-Islamic Caliphate, the Southern Alliance, the Republic of Texas, and Indonesia. Artemis is home to the Southern Alliance waterworld of Fairplay, the cold and dry Caliphate world of Yakhib, the desolate Chinese world of Zhanshi, and the red-leaved forest of the Texan world Crippen.

Filled with system maps, world maps, and physical data for each world, this book is a treasure trove of information for Referees who want to take their Earth Sector adventures further afield or for those who simply want a variety of worlds for their uses. Government, legal, cultural, and population details will assist the Referee in painting a picture of each world for their players.

Come to Artemis Subsector and join the adventure! 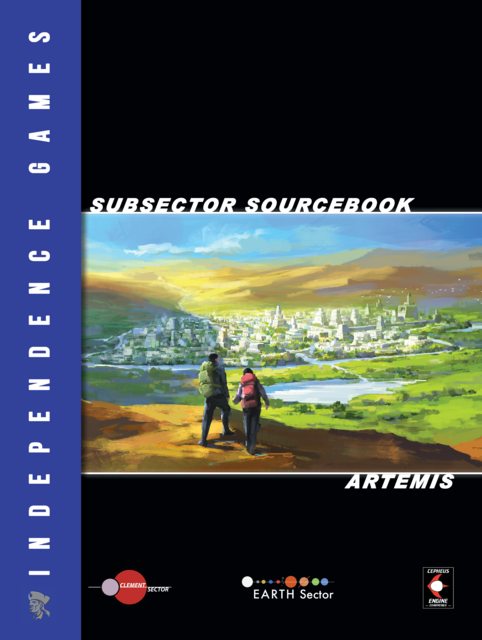