Publisher
Today’s “Deal of the Day” on DriveThruRPG is Inkwell Ideas’s Monster Stand-Ins VTT Tokens: Henchmen & Hirelings NPCs. Thanks to the sale, you can get 51 NPC tokens for use with any Virtual Table Top that uses PNG images (probably all VTTs) for just $2.00. Or, take advantage of our bundle deal to get 5 NPC token sets for a total of 250+ icons for $9.95. We also have a set of 130+ monster VTT tokens.

The art features an inclusive range of ethnicities and fantasy races, within the limit of only having 50 or so characters per set.

These came from our NPC Portraits Decks Kickstarter several months back, which are also available on DriveThruRPG or our own store. Each NPC card has a full-color portrait on the front and that character’s personality & background information on the back. There were five new decks made: Adventurers; Henchmen & Hirelings; Coastal Townsfolk; Frontier Townsfolk; and Animals (to use as companions or familiars). 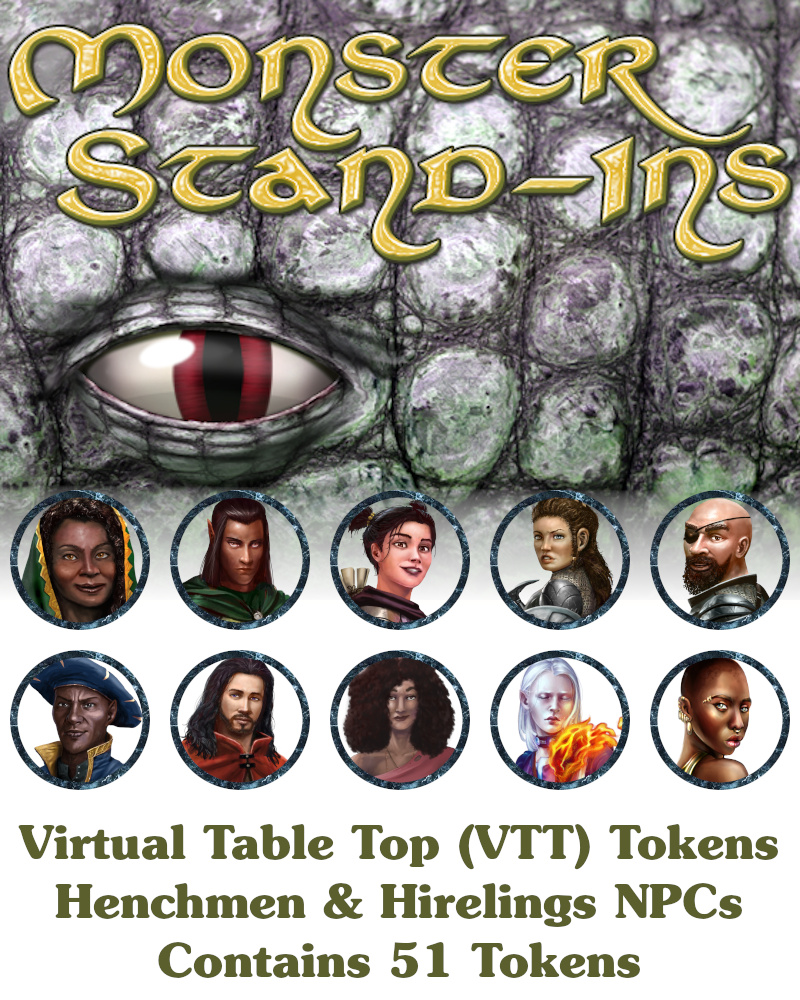 I
Today's DriveThru Deal of the Day: Print Your Own Paper Minis & VTT Tokens

RPG Crowdfunding News – Arclands, Deal with the Dead, The Folio, and more