Publisher
Good news - Aliens of Charted Space Volume 2 and Skandersvik have both broken free of US Customs and made their way across the ocean to the UK. They are now both on general release!

If you pre-ordered either of these books, they are already on their way to you. 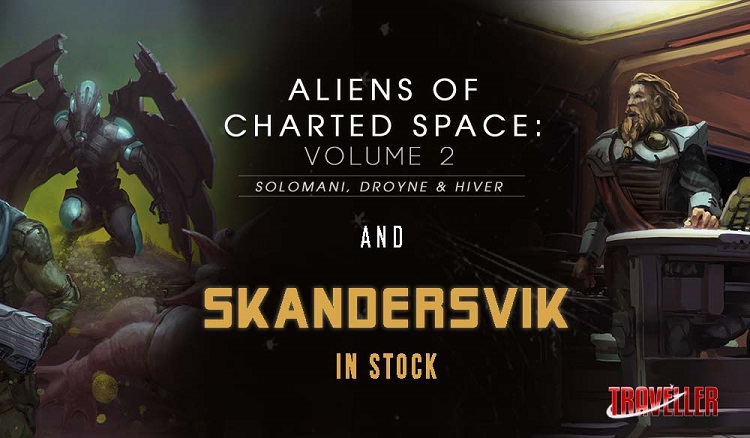 This book covers three of the most misunderstood cultures of Charted Space – the Solomani, the Droyne and the Hivers. Despite the fact they are the original humans, the Solomani are confusing to outsiders and often portrayed as despicable in Imperial propaganda. The Droyne and the Hivers are alien in both physical form and way of thinking. Both make many outsiders uneasy – and with good reason.

Skandersvik is a complete campaign for Sword Worlds Travellers. As crewmembers aboard the merchant cruiser Skander they will voyage through Darrian and Five Sisters subsectors, into District 268 and finally home again. There is money to be made and glory to be earned on such an expedition, but it is not without its hazards.