The latest two expansions to the mighty Deepnight Revelation campaign are now here!

You can find the whole campaign as it stands so far right here: Mongoose Publishing

North American Travellers can find it on their own store here: Mongoose Publishing


The Crossing
Deepnight Revelation must find a way across the Great Rift, or backtrack hundreds of parsecs. There is a way; a chain of isolated star systems and deep space refuelling points, but it is hazardous in the extreme. The Travellers have good reason to believe the crossing is possible – another expedition passed this way before them.

As the Travellers make their crossing they come upon an extremely rare phenomenon – a frozen star, its temperature so low that it has a solid crust of exotic materials. On the surface is an obviously artificial object – someone landed here and built a structure! If the Travellers dare to follow they will learn more about the expedition that preceded them.

Weary and dispirited, the crew are beginning to doubt they can complete the mission. With disaffection rife and factions forming among the crew, the Travellers must decide whether to abort the crossing – perhaps even the whole mission – or rally their crew for a leap into the unknown.

The Crossing. Reaching the point of no return. 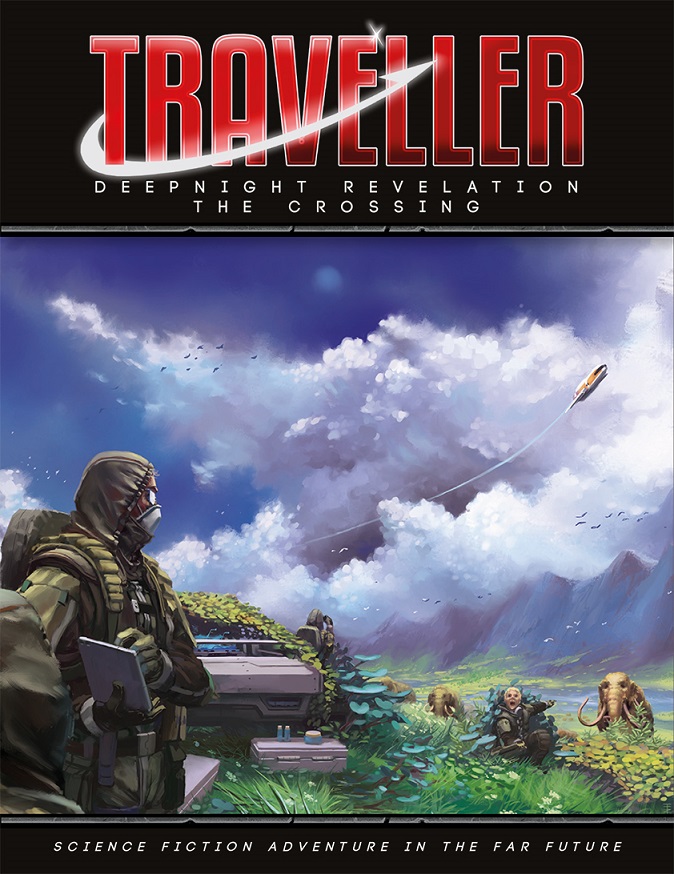 The Far Side of Nowhere
Far to spinward of any known system the Travellers encounter an enclave of humans and Droyne. They speak familiar languages and have similar customs to the Travellers, but know nothing of the Imperium or its neighbours.

A freeport on the edge of explored space, Tradeport has a dockyard of sorts – and Deepnight Revelation needs one. Tradeport is a dangerous place but with the jump drive on the verge of breakdown the Travellers have little choice but to plunge into its turbulent politics.

The Travellers encounter a mysterious race of what appear to be intelligent plants. Their biological starships are pushing into human-dominated space and conflict seems inevitable. An encounter with the wreck of a human battlecruiser suggests that great danger lies ahead.

The Far Side of Nowhere. Human and Droyne empires thousands of parsecs from Charted Space. 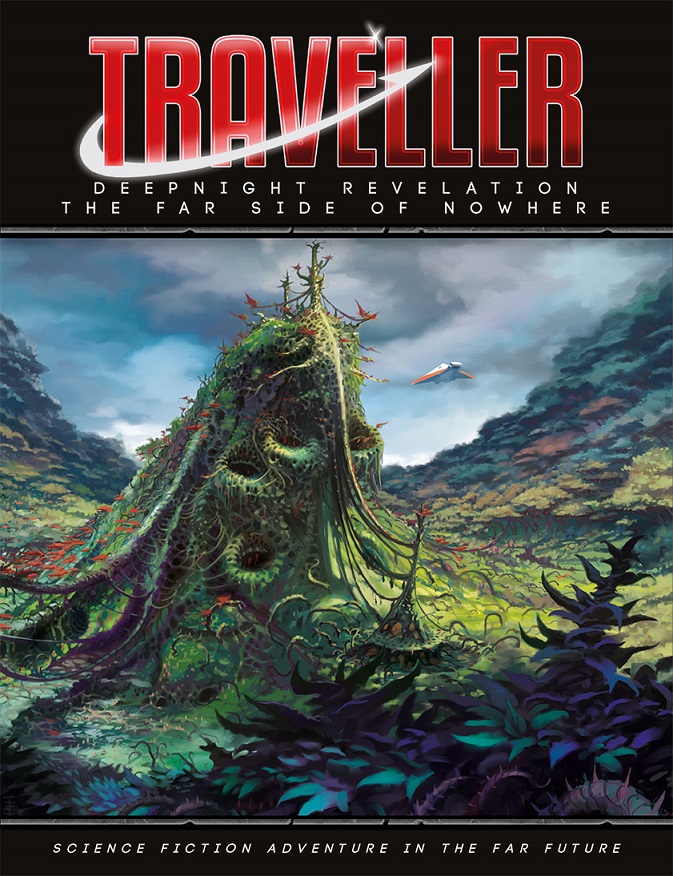