A new area of Charted Space has opened for exploration and exploitation - the Spinward Extents brings you the Vanguard Reaches and The Beyond! 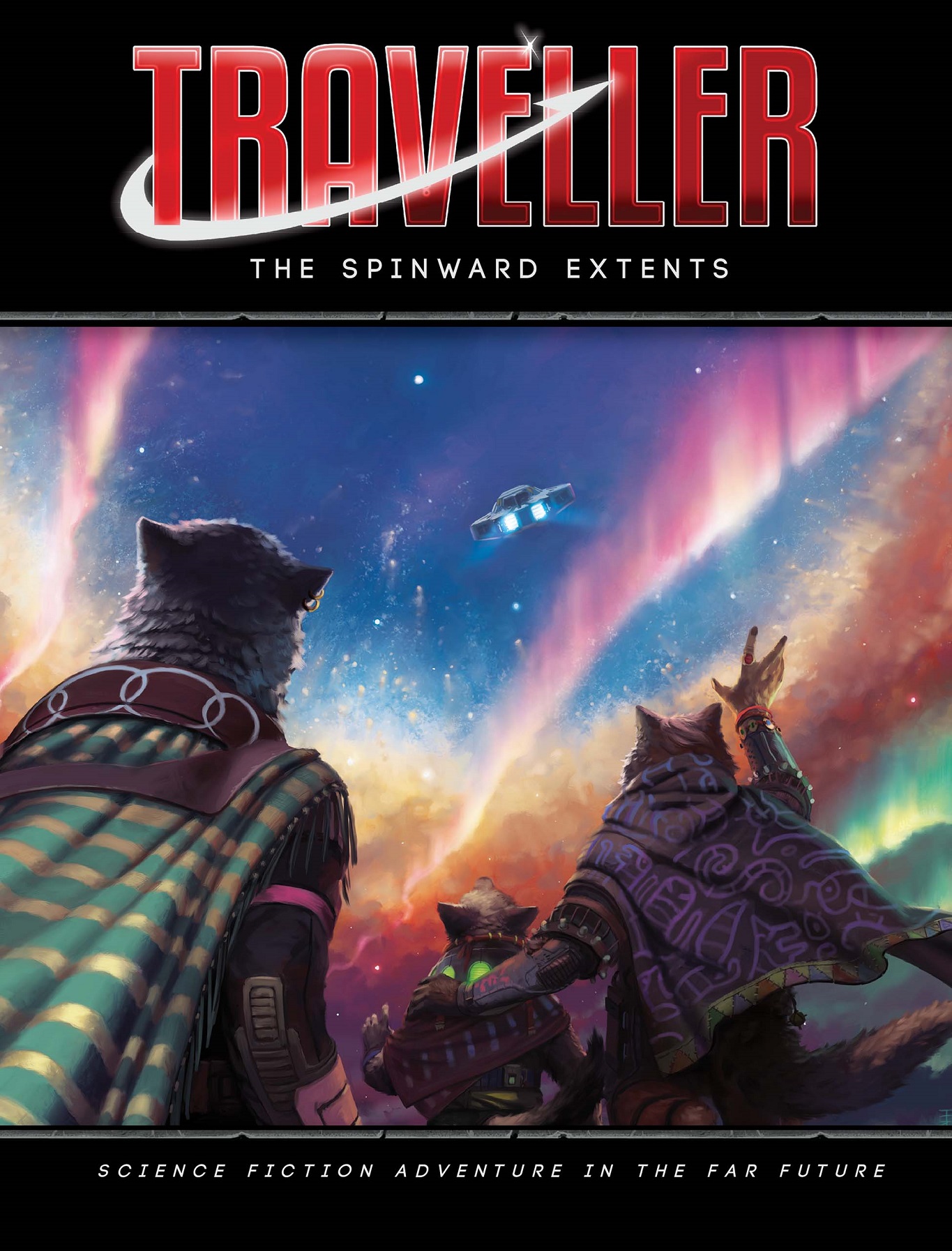 The Spinward Extents are the border between the familiar and the unknown. Pioneering and adventurous Imperials, Zhodani, Aslan, even Vargr, have reached the Extents; some have dwelt there for centuries or millennia, but they are far from their ancestral homes. Native races have forged their own empires across these stars. In the Extents the daring can make their fortunes, gain fame or infamy, and influence the course of events for entire worlds or distant governments. Alien races, forgotten mysteries, bitter rivalries and great opportunities await under the light of inconstant, giant, and dead stars.

Spinward Extents presents two complete sectors near the edge of Charted Space: The Beyond and the Vanguard Reaches. The Beyond is a borderland between Aslan expansion and human pocket empires, both ancient and new. At the end of Imperial courier routes, it is home to the alien Sred*Ni, isolated worlds, and mysterious entities. The Storm Knights hold the line in an uneasy truce with Aslan clans, but other dangers and many opportunities await.

The Vanguard Reaches is the spinward edge of settled space, a sector of proxy states for the distant Third Imperium and Zhodani Consulate. The sector is home to the warlike-Eslyat and peaceful Murians, dying red giant stars and the Helix Nebula. Warfare, politics, piracy, and sparse starscapes challenge Travellers who live and work in this distant sector.

Includes two huge colour poster maps of The Beyond and Vanguard Reaches sectors.