Publisher
Good news - the long awaited Traveller sourcebook covering The Third Imperium is finally here! Written by Chris Griffen, this mighty tome is your guide to the greatest empire of Charted Space and its heart, Core sector. 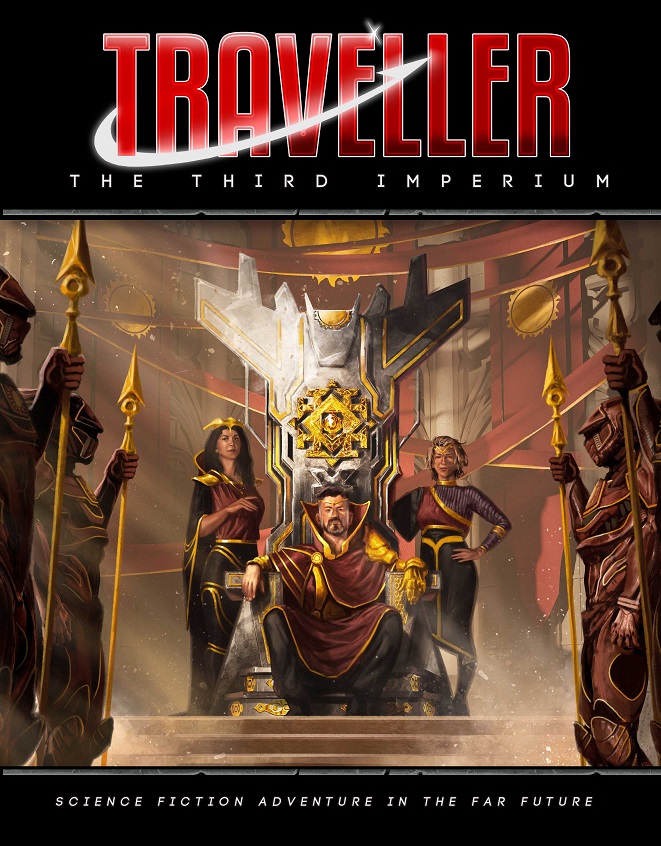 The Third Imperium is the greatest interstellar empire in the history of Charted Space. Its Emperors have reigned for a thousand years, building a utopian society based upon the pillars of duty, honour, free trade and a powerful navy that protects its worlds and enforces its laws.

Despite all of its grand achievements, the Imperium has a dark side. It has committed genocide on its own worlds. Its leaders have assassinated and murdered each other in battle to obtain the throne. A civil war nearly tore it apart, ending the dream of its visionary first Emperor. Yet with all the Imperium has been through, it has somehow endured. The Third Imperium is at a crossroads, and choices made now will determine whether it survives or crumbles.

Into this realm enters a bold group of Travellers, seeking fame, fortune and adventure in hallowed the Core sector, the ancient centre of human civilisation, where dreams are made and broken. This book contains everything Travellers and Referees need to travel and adventure in the heart of the Third Imperium, including:

The galaxy is rich with opportunity, nowhere more so than at the heart of the Third Imperium. Travellers need only be bold enough to claim their share of the fortune.