The one-week SolSpace: The Spartan Gambit Kickstarter has launched! Can the PCs end the Spartan siege of the USF Copernicus? Plus we have created full deck plans of an entire starship!

This is a "Quickstarter" -- it's there for one week only! It will end on Monday, March 9th. 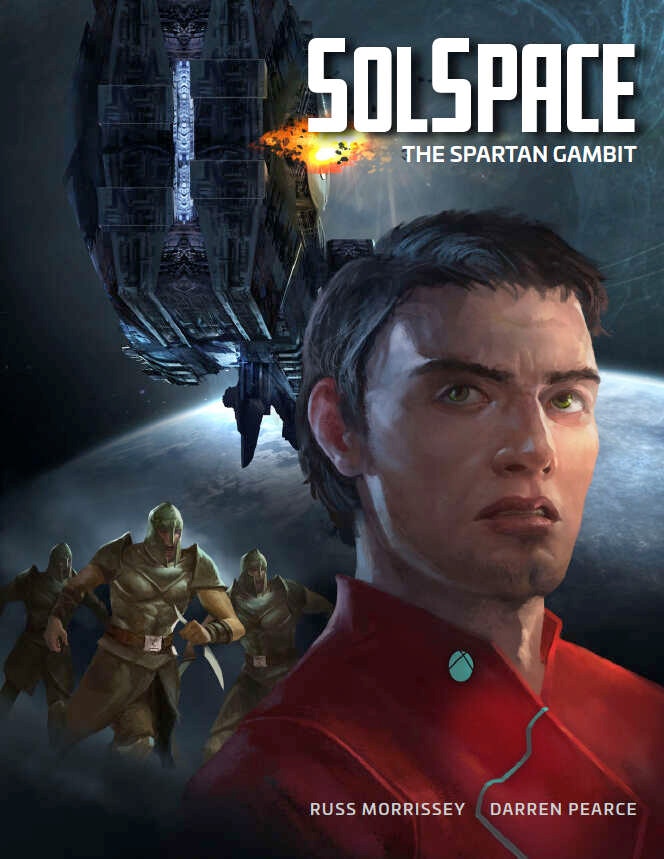 ​
The Spartan Gambit is a tabletop roleplaying adventure by Russ 'Morrus' Morrissey (EN World, WOIN, Judge Dredd, the ENnies) and Darren Pearce (Doctor Who, Lone Wolf, Shaintar). It takes place on the huge Endeavour Mk I Class XI Cruiser, USF Copernicus, when a raiding party from the Spartan scout Maelstrom takes control of the vessel. Their plan is interrupted when your PCs return from an away mission to find the starship occupied! Can you defeat the Spartans before the villains break into the bridge? 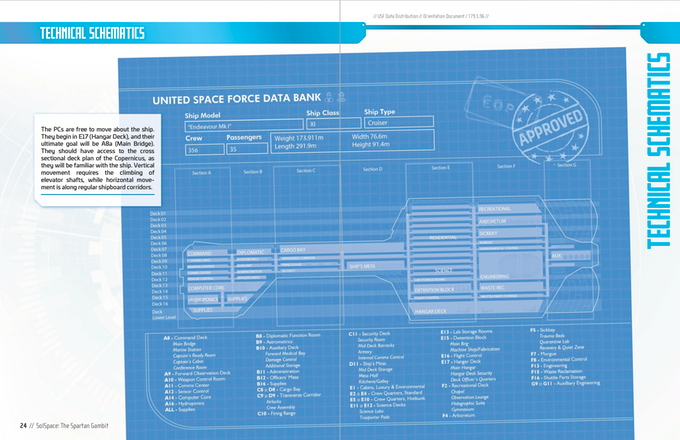 ​
The Spartan Gambit is an adventure and sourcebook powered by the WOIN system. If you don't have the core rulebook, you can grab that here too. 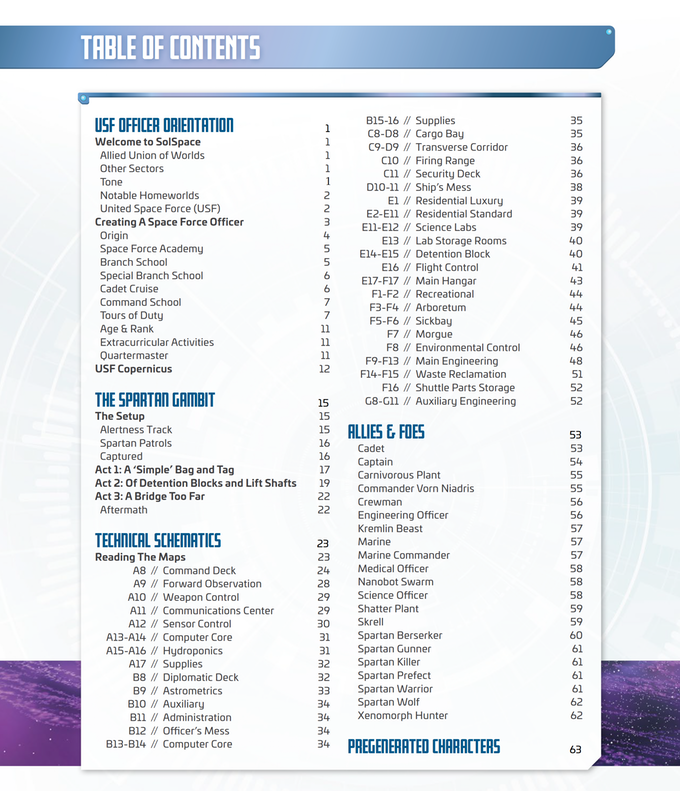 ​
This full-colour, 70-page softcover book contains:
Additionally, every backer who pledges at the £15 pledge level reward ('Crewmember') or higher gets the bonus 30-page PDF adventure, Frozen Secrets! The USF Copernicus is sent to find out why a mining colony has gone silent. Enter an insane A.I., nanobots, and the living dead...

This adventure/sourcebook requires the WOIN-powered N.E.W. Science Fiction core rulebook. If you have this, you can buy the adventure on its own; if you don't, you can also grab the core rules and other SolSpace supplements right here - for just £20 grab the 200+ page core rulebook and The Spartan Gambit in PDF format - everything you need to play! 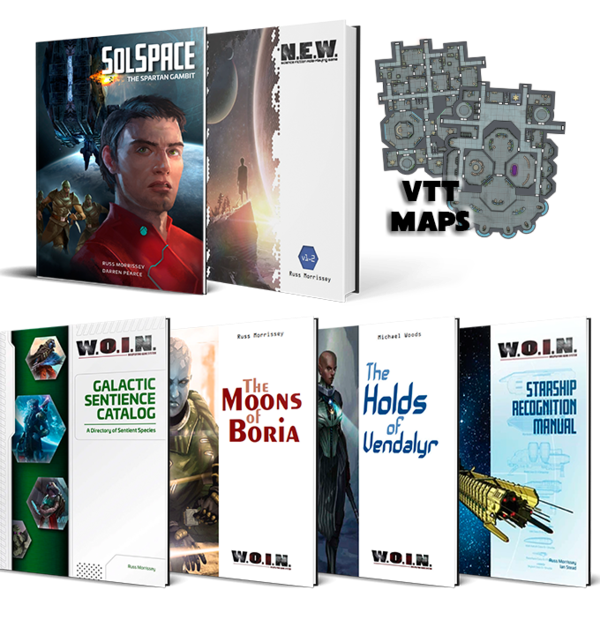 ​
Look at all these maps! We've mapped an entire starship. Too many decks to show below -- from the main bridge to engineering, from the messhall to sick bay. Your characters will explore nearly 50 decks, including the cargo bay, hangar deck, crew quarters, science labs, detection block, even an arboretum and hydroponics deck!

The maps are in the book itself, but we'll also provide you with a map pack of the bare images for printing or use on a virtual tabletop. These are 300 DPI .png files, measuring roughly 20"x30" each, so you can resize them as needed. 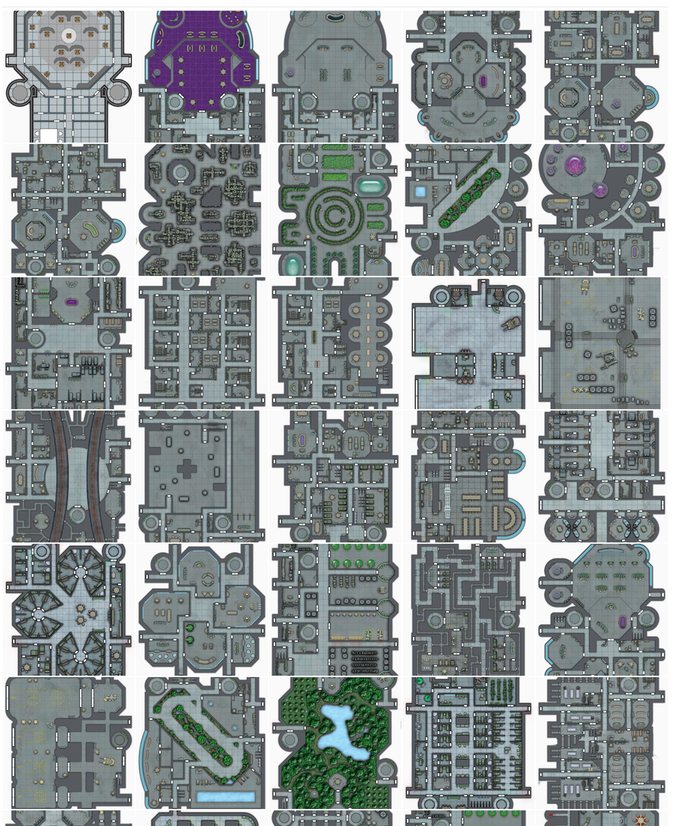 I don't know if it will be helpful or not but images links within the kickstarter email don't work.

Mercador said:
I don't know if it will be helpful or not but images links within the kickstarter email don't work.
Click to expand...

That’s because Kickstarter has gone down. Hopefully not for long!

It's up, sorry for the heads up, I haven't check the website itself.

Did you know that I'm working up a campaign set on a starship using W.O.I.N.???

Staff member
Just 10 hours left to back this! Then it's all over!