Also available through our Pink Cloud Kickstarter...Accessory Tiles! These tiles are not necessary to play—since they're also depicted in the Pink Cloud "big book" itself. But the tiles are nice and large and full color. 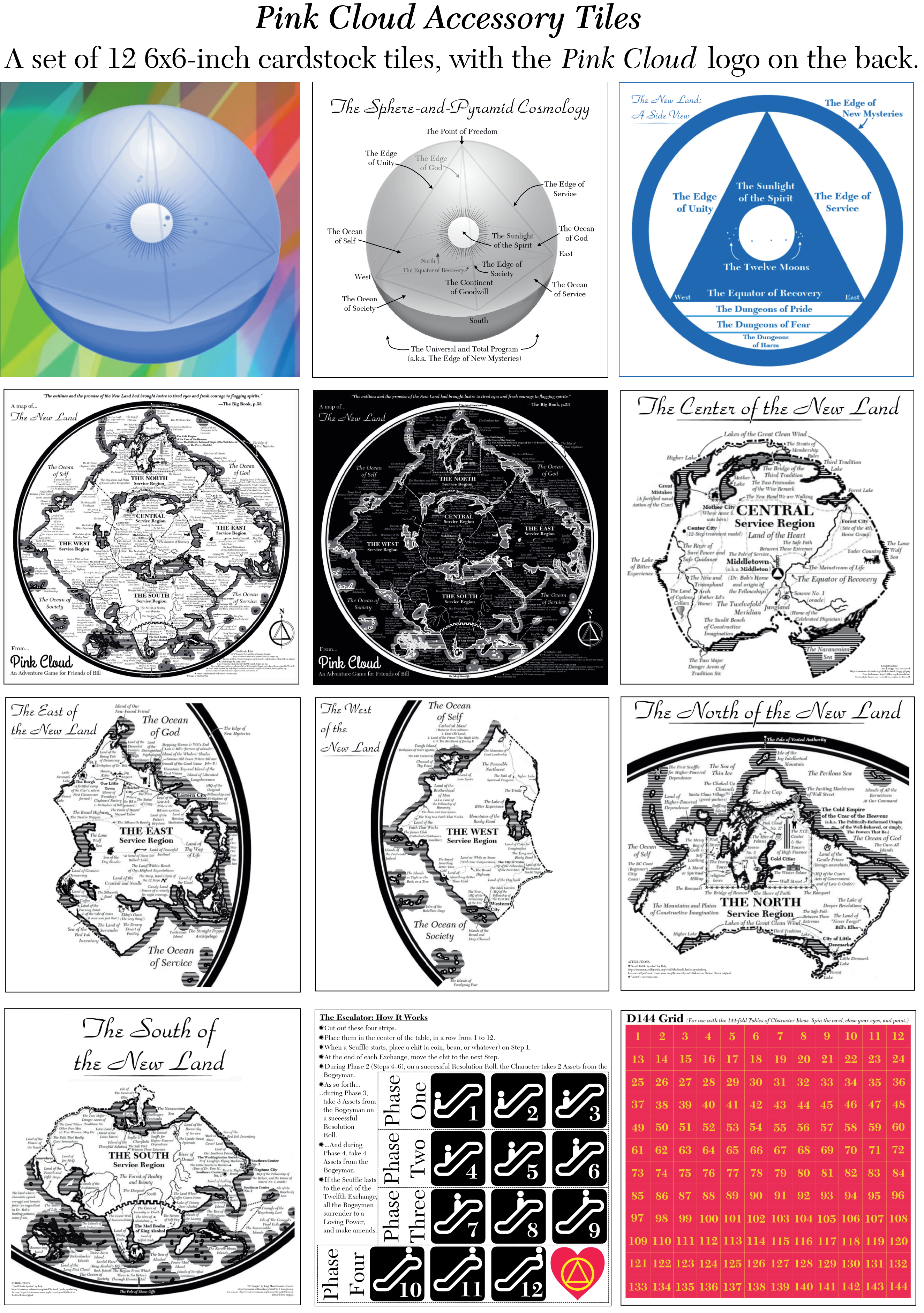 Here's the cover of the Basic Text, which is a low-cost players' guide. It contains chapters 1-5 of the Pink Cloud core book. (In other words, the Basic Text doesn't have the chapters to the gamemaster). 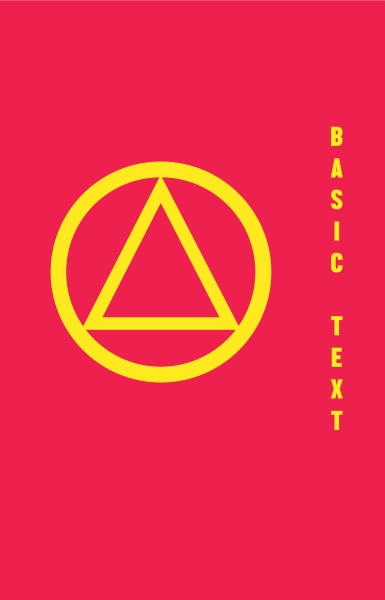 Yes, the heartwarming "honobono" Bogeymen of Pink Cloud might be adaptable for an 8-year-old play session.
I'm grateful your son is not yet a Friend of Bill. May he lay his karma in a more rarified cloud.

Dungeonosophy said:
Yes, the heartwarming "honobono" Bogeymen of Pink Cloud might be adaptable for an 8-year-old play session.
I'm grateful your son is not yet a Friend of Bill. May he lay his karma in a more rarified cloud.

He plays with trucks. Loves guns, hunting, fishing, and football. Typical kid his age. He’s hard to keep up with. So much for energy. Never stops moving.

Anyone who contributes even $1 will have their name in the First Edition.

Every tier provides a huge discount compared to the projected retail price. For example, the $48 "full shebang" is slated to retail for over $100.
***
Twelvefold Works Publishing has astoundingly ambitious plans for the rules-lite but comprehensive Twelvefold Adventure System (12AS) which fuels Pink Cloud. Our game system is itself based on the Creative Commons content of Diogo Nogueira's Lost in the Fantasy World.

These are some of the settings we'd like to publish in the future, for adventures beyond the Fourth Dimension...into the Imaginal Worlds of the Fifth Dimension. We'll see. First things first.

Twelfth Edition: The Fantasy Game—Dungeoneering Adventures in a Gygaxian Multiverse of the World's Most Popular Roleplaying Game.

Middel-Erde—Mythopœic Recovery, Escape, and Consolation in the Primary World of the Inklings.

Space Opera—Forceful Adventures in a Lucasian Galaxy of the Hero's Journey.

To Boldly Go—Rational Adventures in a Roddenberrian Universe of the Wagon Train to the Stars.

Midgard—Heathen Adventures in the Middle World of the Northern Mysteries.

An Domhan—Gaelic Adventures in the Deep World of the Hibernian Mysteries.

"To avoid falling into confusion over the names these defects should be called, let's take a universally recognized list of major human failings—the Seven Deadly Sins of pride, greed, lust, anger, gluttony, envy, and sloth." 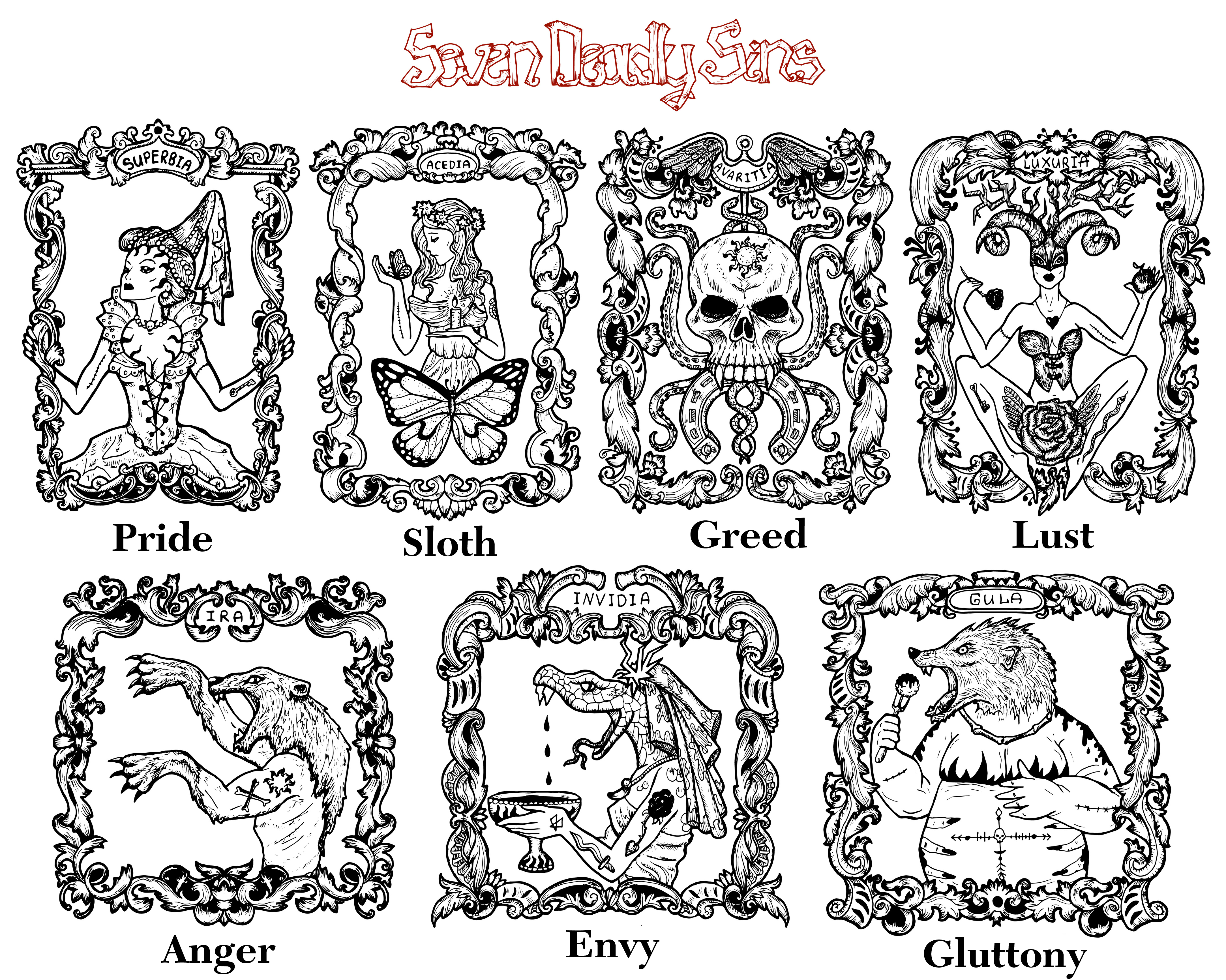 In the Pink Cloud game, your Fellowship can scuffle with these Bogeys.