Get the expansion book for the 13th Age fantasy roleplaying game, by the game's core creative team of Rob Heinsoo, Jonathan Tweet, Lee Moyer, and Aaron McConnell. Omens of the Age
As the 13th Age unfolds, its mysteries--and dangers--grow more numerous.

Undreamed-of creatures crawl up from the underworld, descend from the sky on metallic wings, and slip through the cracks in reality. Strange magic is loose in the world, whether it's drawn from the Wild, from the realms of chaos and death, or from the inner power of ki.

Patch things up with your surly magic weapon, hero. The adventure is just beginning.

For Players:
*The chaos mage who embraces randomness, and the monk who embodies discipline
*The druid who masters the elements, and the necromancer who commands the undead
*The commander who orders your ranks, and the occultist who orders reality
*Multiclassing tools to help you create the character you most want to play
*Treasure to loot, and artifacts that might just loot you 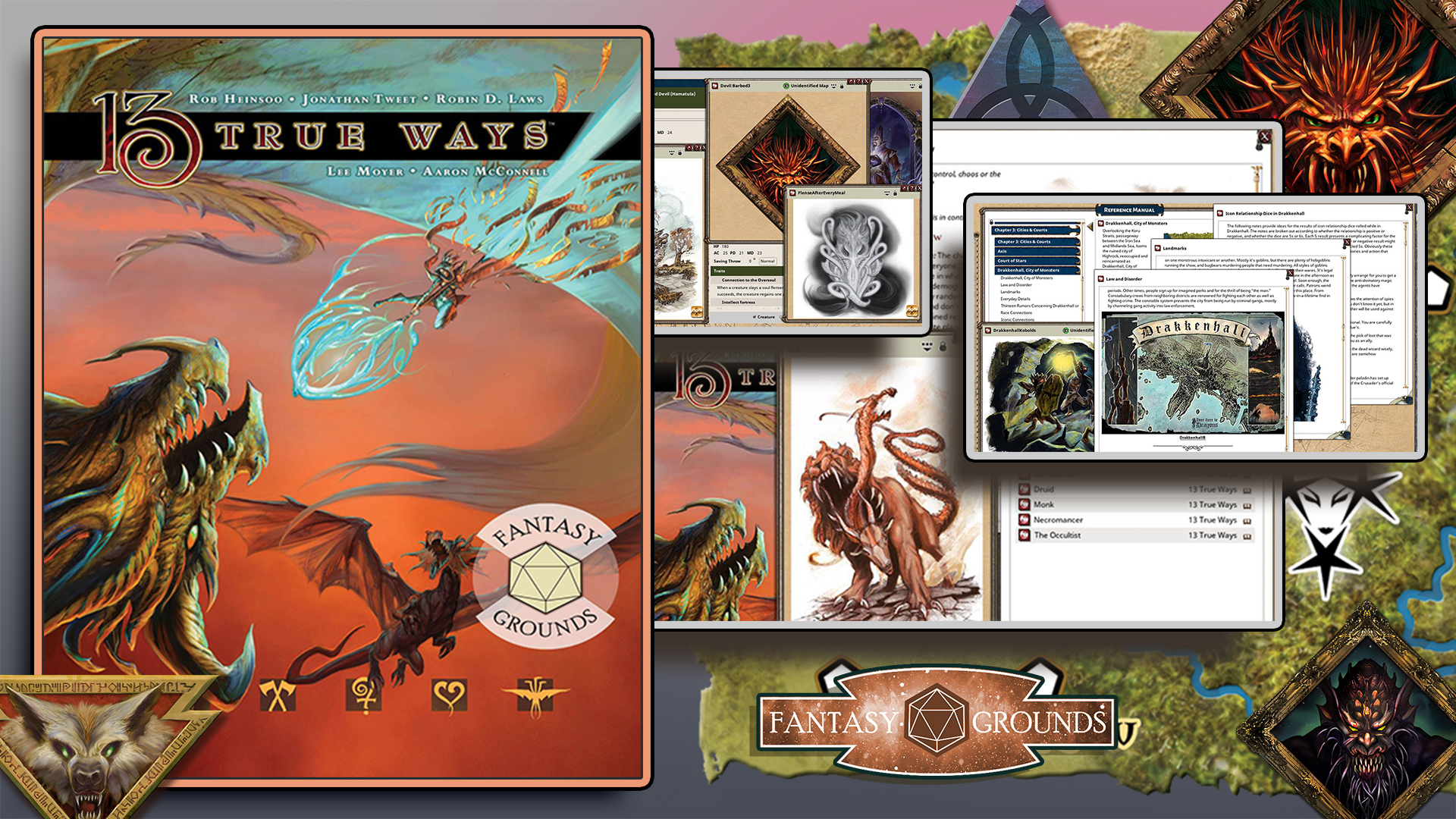 Release [Chaosium] "Some of the most creative, fun, and innovative work being put out right now" (Jonstown Compendium)