When we first published Entromancy: A Cyberpunk Fantasy RPG, we knew that there were tons of more stories to share about the Entromancy universe, its characters, and the mechanics that govern its magic and technology.

The Orichite Age is one such story, which puts heroes like you at the center of the action as the world turns its attention to its magic-rich past in an attempt to avoid a cybertech-dominated future. 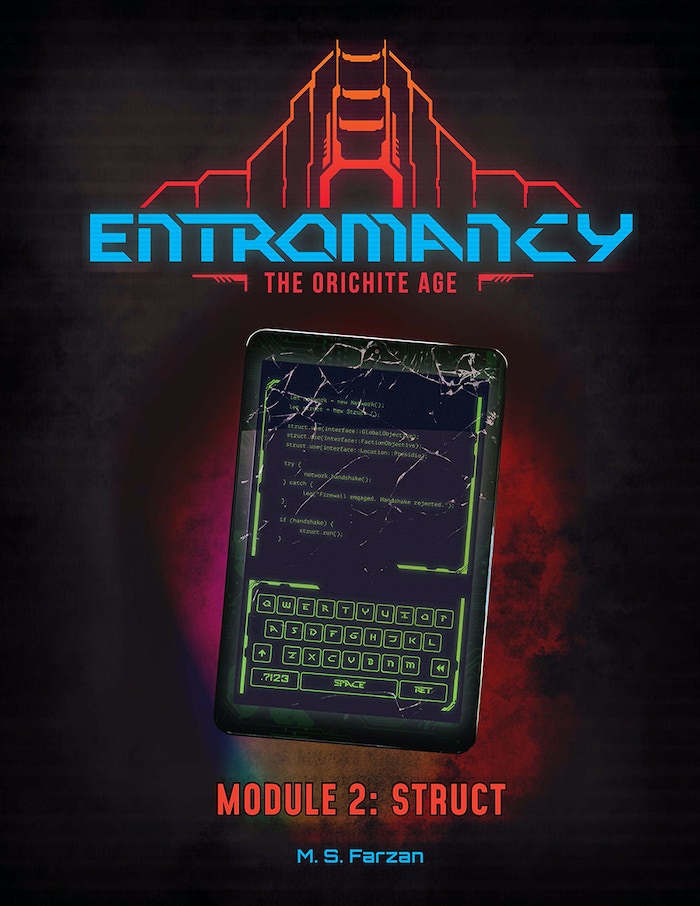 You can grab Module 2: Struct right now on DriveThruRPG for 99c.

Thanks for being part of the adventure. We hope you enjoy playing in our world as much as we do!