Today's entry is a selection of feats I use in my campaign world to give different schools of magic flavour and a sense of mystery ... 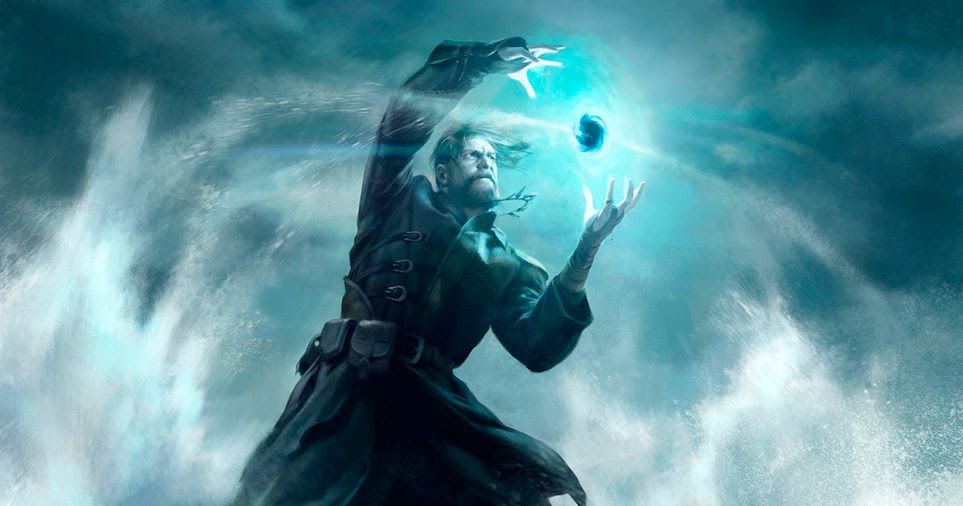 In all the fiction we've read, we hear about the Hazard Mages, the Adepts of the Blue Star, the sorcerors of Ilthmar and their unspeakabl...

Nice flavor, but I’d try to get a little weirder with the benefits.

Combustible Spirit
When you cast a spell of first level or higher which deals fire damage, your own body is engulfed in flame until the start of your next turn. You emit bright light in a 10 foot radius, you have resistance to fire damage, and any creature that starts its turn adjacent to you takes 1d6 fire damage. Flammable objects adjacent to you are ignited. In addition, any creature that hits you with a melee attack takes fire damage equal to 1d6 per level of the spell you cast. The flames do no damage do you or objects you are holding.

Sundering Shadow
Whenever you cast a spell that causes you to teleport, a shadow (as in the Monster Manual) appears in the space you teleported away from, or in the nearest unoccupied space if you switched places with a creature or object. The shadow acts on its own initiative, but you can perceive with its senses and it is under your control. The shadow lasts for a number of rounds equal to the level of the teleportation spell that you cast, or until it is reduced to zero hit points. While the shadow lasts, you yourself cast no ordinary optical shadow.

Corrupt Deceiver
When you create an illusion with a spell of first level or higher, the illusion draws essence from the negative energy plane. Any creature touching the illusion must make a Dexterity save or take 1d6 necrotic damage per level of the spell. In addition, the creature must make a Wisdom save or else end its movement for that turn as it struggles with the corruption.

These don't seem like very good 5e feats but they are kind of weird (I hope!)

I like these. I'm trying to reflavour my PC as a shadow mage (currently a Warlock) but it's hard to do with limited spell choices. You can't afford to waste them on fluff spells.