Aliens: Another Glorious Day In the Corps

Staff member
This just arrived from Gale Force Nine! I've been looking forward to this, although with the pandemic on I won't have chance to play it for months.

I got the core game, along with the Ultimate Badasses and Get Away From Her You B*tch expansions (yay Alien Queen and Power Loader minis!)

One thing I love stuff like this for is that I can also use the map tiles and minis in my sci-fi RPGs. 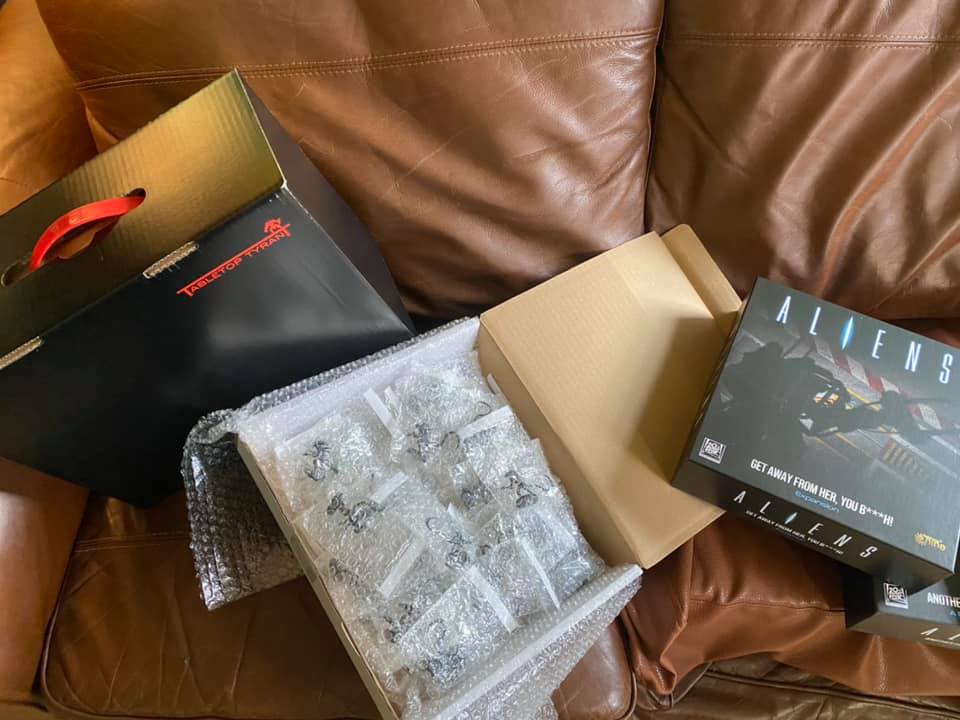 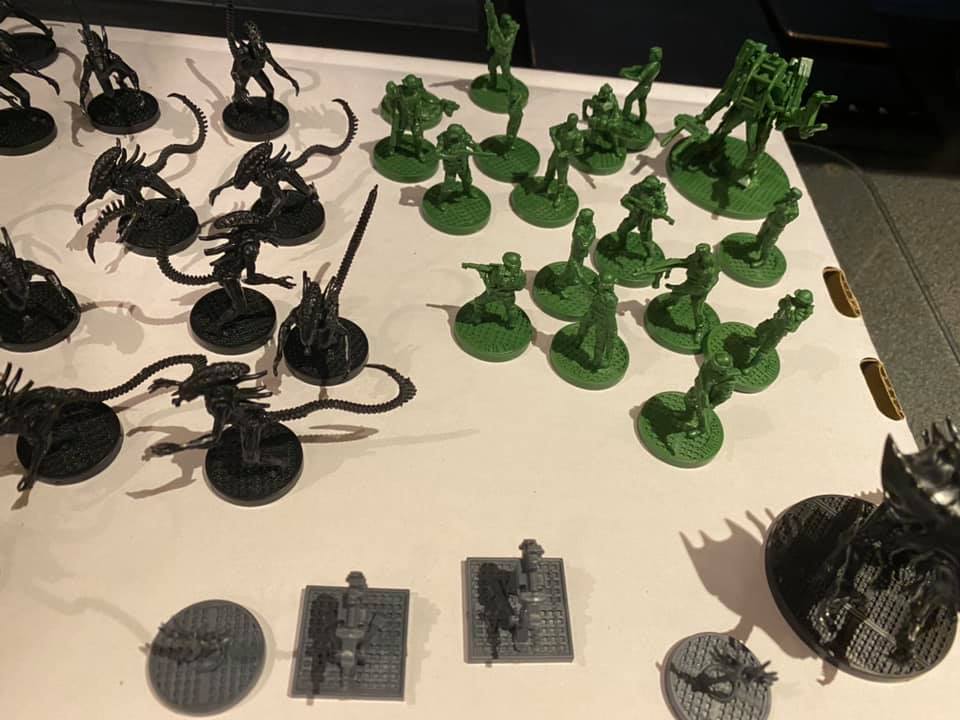 I am sorely tempted to get it but there's nobody to play it with in CovidTimes. How do the rules look like to play? Simpler or harder? As I get older, I have less patience for harder...

Can you post pictures of the map tiles? I'm intrigued.

I'd be tempted just to use it for my Alien RPG. You know, whenever I get around to actually playing Alien. And let us know how the game plays.
Last edited: Dec 30, 2020


MGibster said:
And let us know how the game plays.
Click to expand...

You'll have to wait for 2023 or whenever this pandemic is over!

Oh, those indeed look perfect for a scifi campaign. I should get me some of those. Thanks for posting!
Let us know how well it plays, whenever that may be with this global epidemic.

Thanks for posting that picture, Morrus. I think that'd work just great for the RPG.

I watched a review on BGG. It seems like you might be able to play this solo or with a friend as the game subs in "grunts" for the shortfall toward six players. And the aliens have an algorithmic movement (go toward nearest player).

The minis are nice, though the reviewers were shocked and ill-equiped for needing to assemble them. The aliens are not all carbon copies, so it's nice that they put a ton of different models for them.

Gameplay sounds simple. two actions per round. Move or shoot is the choice of action.

Concerns about the game:
barring the queen (in the expansion), the aliens are all the same and thus each "mission" is largely the same.
cards are cheaper quality and there's a lot of reshuffling of the deck. they advised sleeving them on unboxing.

The game revolves around the Aliens movie closely, so it's good in that, it's Aliens! But also, limited to the fact that it is just the movie. No corporate intrigue or odd quests akin to what you might find in a DarkHorse comic story. It's just the movie.

I love Aliens as much as I love Star Trek, but I'm on the fence. If someone was running an RPG, this would be a great re-use for the minis and stuff or basically make up missions.

I wish they had tucked the tails of the alien figures more onto the base, rather than have them be stretched out. They are more likely to break or get entangled this way.

It also surprised me that in one of the video reviews, a reviewer pointed out that some of the dials and printing are misaligned, which is a bit sloppy.

I wonder how long before this game gets very repetitive. The combat is very simple, and you mostly fight just the aliens. However, I can appreciate coop dungeon crawling. I also like that the tiles are double sided, and some what modular.

It is a bit strange that the acid for blood that aliens are known for, does not feature into the rules at all. However, I propose the following rule: Whenever a character is adjacent to an alien when that alien is killed with any weapon other than the flamethrower, that character must defend as they are sprayed with acid. It will make the game a lot harder, since killing aliens adjacent to any marine is very likely to result in casualties. But it does seem fitting.

From what I have seen from the combat system, it is pretty straight forward and dynamic. It is a bit similar to a system I was working on for a boardgame of my own, but better. I enjoyed the following review, it gives a good impression of what the game is like:

You got the pre-assembled version of the models? How's the quality?

I like how the game indicates a swarm of aliens by just sticking a few tokens underneath one figure. And I like that you don't track the wounds of every individual alien. Either you kill it, or you don't.

It is the sort of elegant design missing in so many of these dungeon crawler boardgames.

Does anyone remember my review of Lobotomy? That game was a mess! Each enemy was a separate miniature, and you tracked the wounds of each one by putting wound tokens next to their mini. Then at the end of every round, you had to move all those minis and their piles of wound tokens forward, without accidentally moving all the other junk on the board. What a disaster. It was almost unplayable.

I also get the impression from watching video reviews, that the Aliens game limits how many miniatures clutter the board simply through its straight forward rules. And because of the layouts of the board, it is quite easy to tell which marine the aliens should be moving towards.

As described, I remember playing a game like this ages ago.

The variety came from the scenarios, not the aliens; crawling through tunnels, crossing a nest, defending a lab, etc. Also you had different kinds of gear (flamethrowers, guns, gernades, etc) and different melee skill on each grunt.

It was a redo of the aliens movie.

Is this just that, but with minis?

Anyhow it was good fun.

From what I've seen in video reviews, pretty much.

This is a sub genre of boardgames that interests me a lot. Not in the least because I'm working on a squad based cooperative boardgame of my own. It is difficult to find that balance between deep and engaging combat, and simple rules. I get the impression that Aliens does this very well, though it leans more towards simplicity. Not bad considering the mindless hordes you fight. I still struggle to find a way to make something like this work with smart opponents who fire back, without it turning into a giant mess of dice and cards. Game design for boardgames is difficult.
Last edited: Jan 7, 2021