The creative team of Ted Sikora (Nerd Immersion YouTube) and Celeste Conowitch (Rime of the Frost Maiden), plus other notable writers and artists present to you: 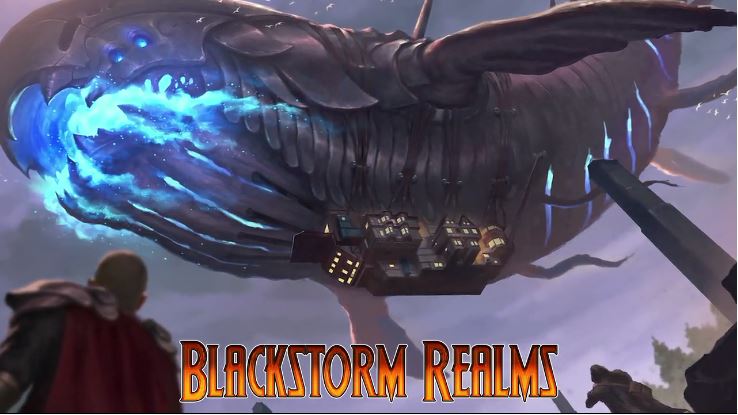 An infinite number of worlds await your discovery out in the vast chasm of the Blackstorm. Realms of unbelievable power, immeasurable wealth, and enigmatic secrets are waiting for you to visit and explore. Realms are continually created and lost in the turbulent Blackstorm. Meanwhile, the gods and goddesses of multiple realms wage war with an ancient group of beings determined to bring all that exists to heel.

Blackstorm Realms allows you to incorporate your own homebrew realms, well-known official realms, and third party realms into one seamless universe and provides you with the means to move back and forth between all of them. Are there suns and moons and stars in your realm? Then give your players an opportunity to discover what's on them, not just what's beyond the horizon, BUT also what is beyond the BEYOND!

In summary you get all the following: