The Great Faerie Strike has been released on the world!

A hilarious romp through a steampunk Victorian London while, just next door in the Otherworld, Marxism is coming to Faerie.

Revolution in Faerie
Ridley Enterprises has brought industry to the Otherworld, churning out magical goods for profit. But when they fire Charles the gnome, well, they’ve gone too far. And against a gnome's respectable nature, he takes to the streets, fighting for workers’ rights.

The Otherworld's first investigative reporter, Jane, is looking for a story. And she finds it, witnessing a murder and getting sucked into a conspiracy within werewolf high society.

Jane and Charles team up to unite the workers and bring the Ridleys to justice. But a budding romance complicates everything. Can they bring change to Faerie or will dark powers consume both worlds?

Reviews
"A rollicking adventure told with Pratchettesque wit and compassion. This is an Otherworld as real and as strange as our own, with characters you can't help but root for and an economic system you can't help but recognize. This book is a delight." (Kate Heartfield, author of Alice Payne Arrives)

"Wacky, satirical, and downright hilarious. With sharp writing and a rollicking pace, Ellsworth will throw you down the rabbit hole and into the Otherworld." (Sean Grigsby, author of Smoke Eaters & Daughters of Forgotten Light)

"Spencer Ellsworth's The Great Faerie Strike is Dickensian fantasy that punches the soot off tradition with a cunning female lead and a dastardly fun world. Must read for those who love fantasy but need a revolutionary fix." (Jason Ridler, author of Hex-Rated and Harvest of Blood and Iron)

"Ellsworth’s feypunk Victorian fantasy is A Midsummer Night’s Dream meets Underworld with a dash of Dickens, featuring a heroine who is Lois Lane as imagined by a slightly drunk Jane Austen. While full of humor and fun fantasy adventure, it doesn’t shy away from also exploring the darker side of capitalism or the struggle between finding your place in the world versus making your place in the world versus making the world the place you want it to be. A fitting tale for our times." (Randy Henderson, author of Finn Fancy Necromancy)

From the Author
"The Great Faerie Strike," says Spencer, "is just the weirdest, most fun idea I've ever had for a novel. A Marxist gnome union leader! A plucky vampire reporter! It's my Eugene Debs/Nelly Bly in the Otherworld fanfic ship. It was also easily the hardest project I ever wrote. Between 2006 and 2014 I pecked and pecked, rewrote and deleted, and then earlier this year, deleted most of it and started over. I'm so pleased that my weird little book has a place at Broken Eye Books." 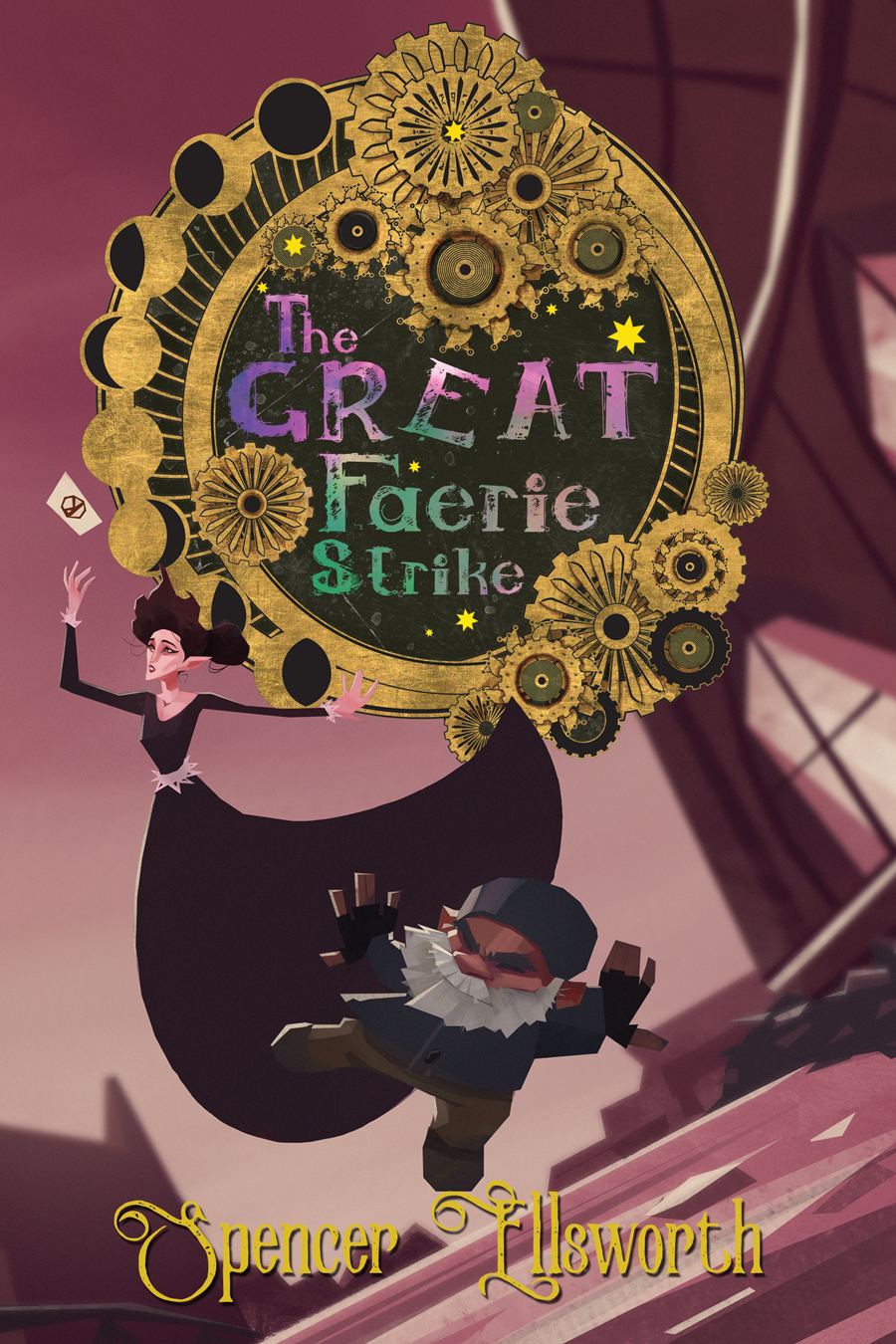 D
Review The Hardboiled GMshoe Reviews: Beyond the Black Sea