Shipping delays have hit the official underwater-themed Critical Role D&D hardcover from WotC. It will still release on March 15th for North America.


Due to kraken related shipping delays, European copies of Call of the Netherdeep will be available shortly after the initial release date, by April 5th 2022.

We appreciate your patience as we brave our own trek across the Netherdeep to deliver your next adventure!
This isn’t the first time shipping delays have hit WotC in recent months. The core book gift set which included Mordenkainen Presents Monsters of the Multiverse was originally scheduled for a holiday release in 2022 and slipped to January 2022, while Fizban's Treasury of Dragons was delayed by a week and Strixhaven: A Curriculum of Chaos by 3 weeks. 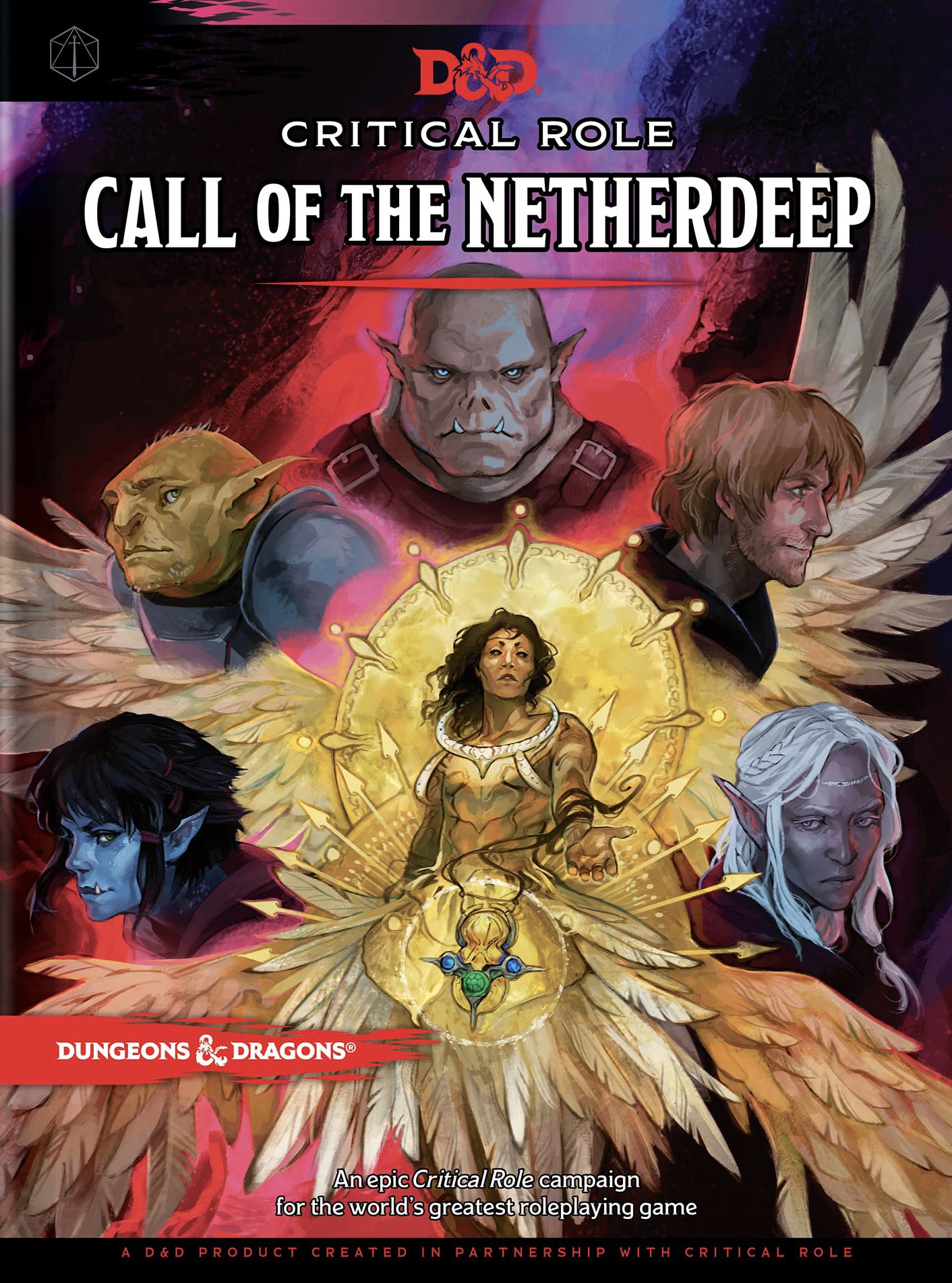 The greed of mortals has awakened a powerful entity long thought destroyed. For eons, this mighty champion of the gods has been imprisoned in the darkest depths of Exandria. His name has been forgotten, as have his heroic deeds. Languishing in despair, he calls out for new heroes to save him.

Inspired by the campaigns of the hit series Critical Role, this adventure begins in the Wastes of Xhorhas and leads to the glimmering oasis-city of Ank’Harel on the continent of Marquet, and from there into a sunken realm of gloom, corruption, and sorrow known as the Netherdeep. Above it all, the red moon of Ruidus watches, twisting the fates of those who have the power to shape the course of history.

Critical Role: Call of the Netherdeepcontains seven chapters of thrilling adventure, new creatures and magic items, and a poster map of Ank’Harel.

I feel sorry for those affected but I was not buying this book so it does not affect me.

I'm waiting for Amazon to discount it further before I order it.... That usually happens about 1 month before the release date.

Samurai said:
I'm waiting for Amazon to discount it further before I order it.... That usually happens about 1 month before the release date.
Click to expand...

Worth letting you know that if you preorder on Amazon, they give you the lowest price it gets to between when you ordered and when it releases. So there’s no reason to not order early if you know you’re gonna want it. Nothing lost.

Morrus said:
a week and Strixhaven: A Curriculum of Chaos by 3 weeks.
Click to expand...

Or, if you happen to live in Australia, by 3 months.