A Classic Roleplaying Game
Aquelarre ("Coven") has been described as the "best RPG not available in English". And now, almost 25 years since it was first released in Spain, Aquelarre is available for English-speaking gamers!

Originally from Spanish publisher Nosolorol, Chaosium is distributing Aquelarre after Nocturnal Media's successful Kickstarter. The English edition is a gloriously illustrated complete roleplaying game, which comes with a selection of supplements and gaming aids for long-term play. 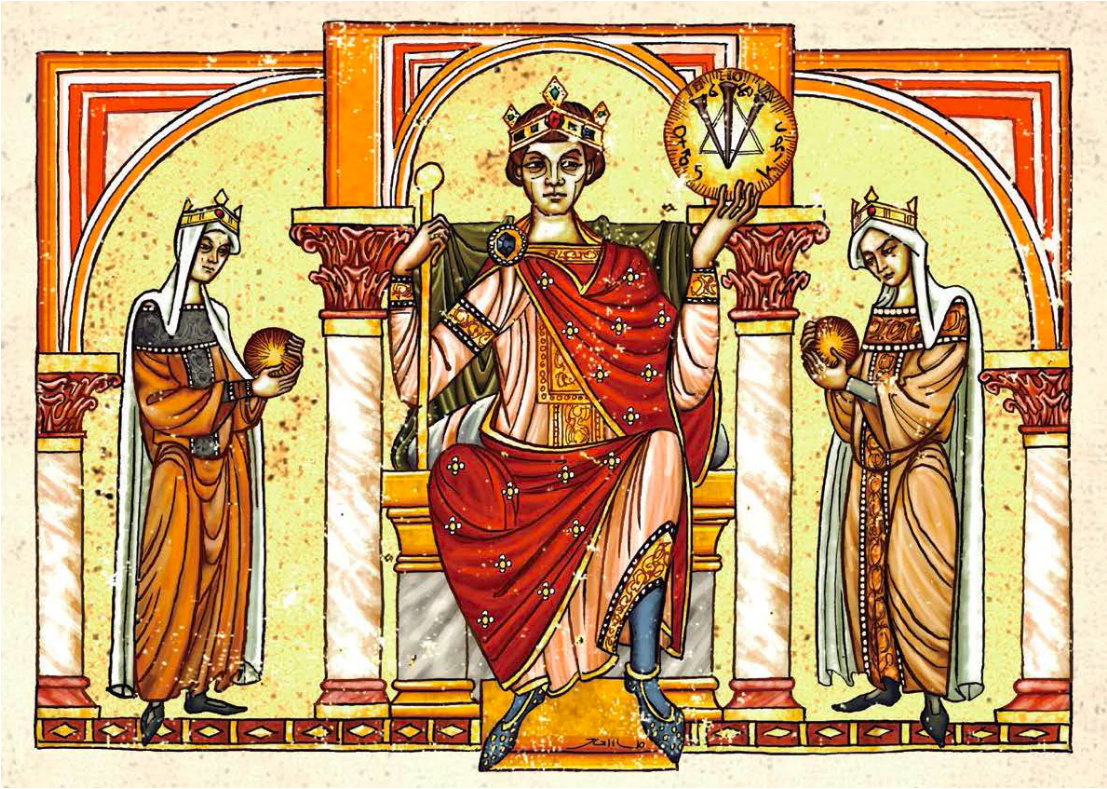 Game and Setting
Aquelarre offers everything you expect to find in a fantasy RPG: character creation, game system and magic system. It also includes detailed information about the medieval Iberian setting, the cosmology of angels and demons, and a bestiary. 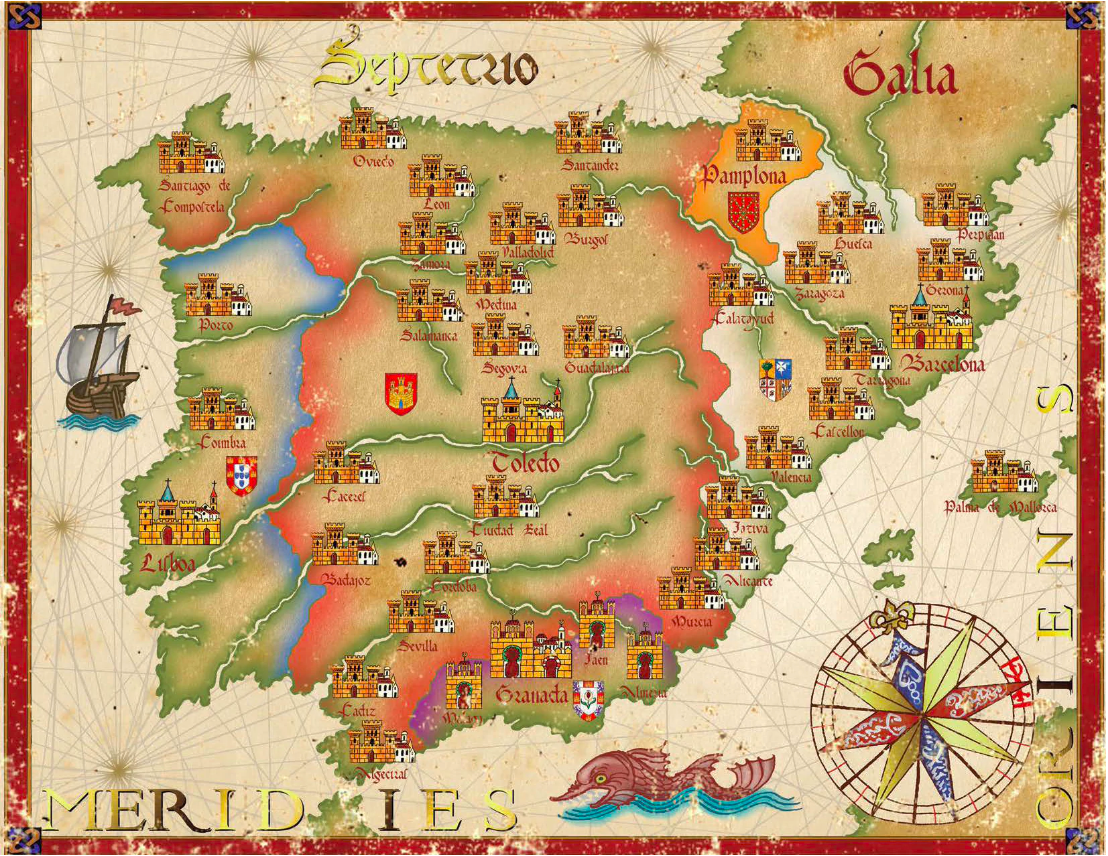 Player characters in Aquelarre begin life in one of five kingdoms that dominated the Iberian Peninsula during the Middle Ages—Castilla, Aragón, Granada, Navarra, or Portugal. Based on their region, characters may be of various cultures—Arabian, Basque, Castilian, Catalan, Jewish, Muslim, and many more. Social position (from nobility to slave) and father’s occupation affect their capabilities, including profession. Of course, personal characteristics play their part, too. One such is the Rationality/Irrationality rating, which determines how attuned a character is with the Irrational world, how capable with magic, and how susceptible to it. Rituals of faith depend upon a high Rationality instead. Advantages and Disadvantages help to round characters out. 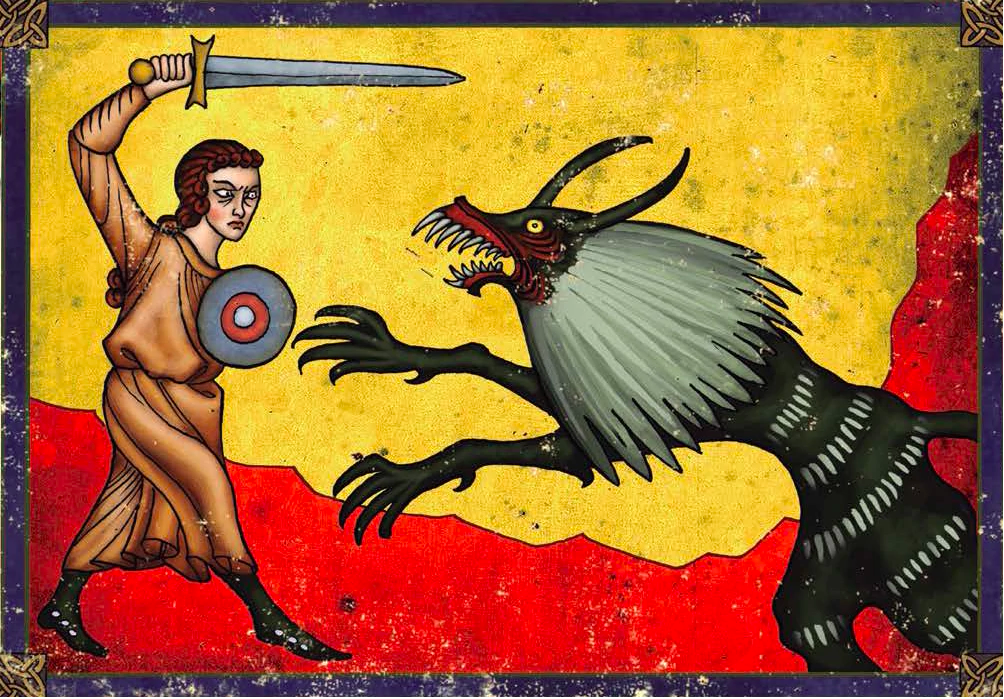 The game system itself relies mainly on percentile rolls against either characteristic ratings or skills based on those (and on character experience). As might be expected from a game that has thrived for several decades now, rules for combat, weapons, and healing are all nicely detailed, with options to suit a variety of playing styles.

Aquelarre also includes considerable detail about medieval life in Iberia, from daily business to social mores to fairy tales, besides the expected focus on angels and demons.

The Aquelarre Line
Experience one of the finest European roleplaying games ever published and treat your play group to a different, darker fantasy campaign. Available now from Chaosium.com.

In print (PDF included with purchase):
In PDF: 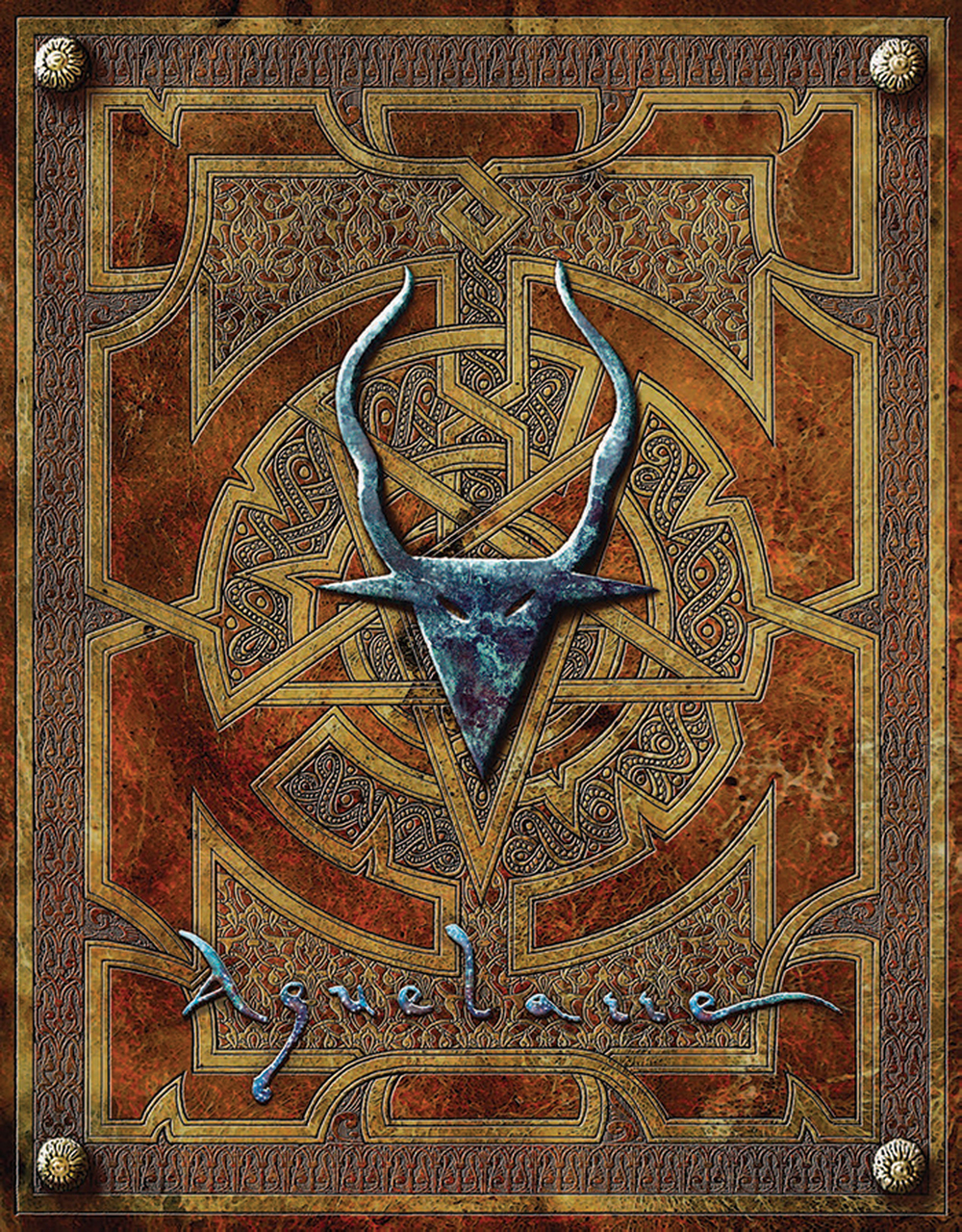 Sale [Chaosium] Chaosium Warehouse Sale Update: here's the list of everything we're still offering from 15-66% off

Sale [Chaosium] People are still (very sensibly) staying in and gaming – so our 'Stay In and Game' Warehouse Clearance Sale is continuing into 2021!