Press [Chaosium] As Authentic as Thaumaturgy can get… : 'Out of the Suitcase' with Chaosium President Rick Meints

Chaosium President Rick Meints shares stories from a life-time as a collector of all things Chaosium.​ 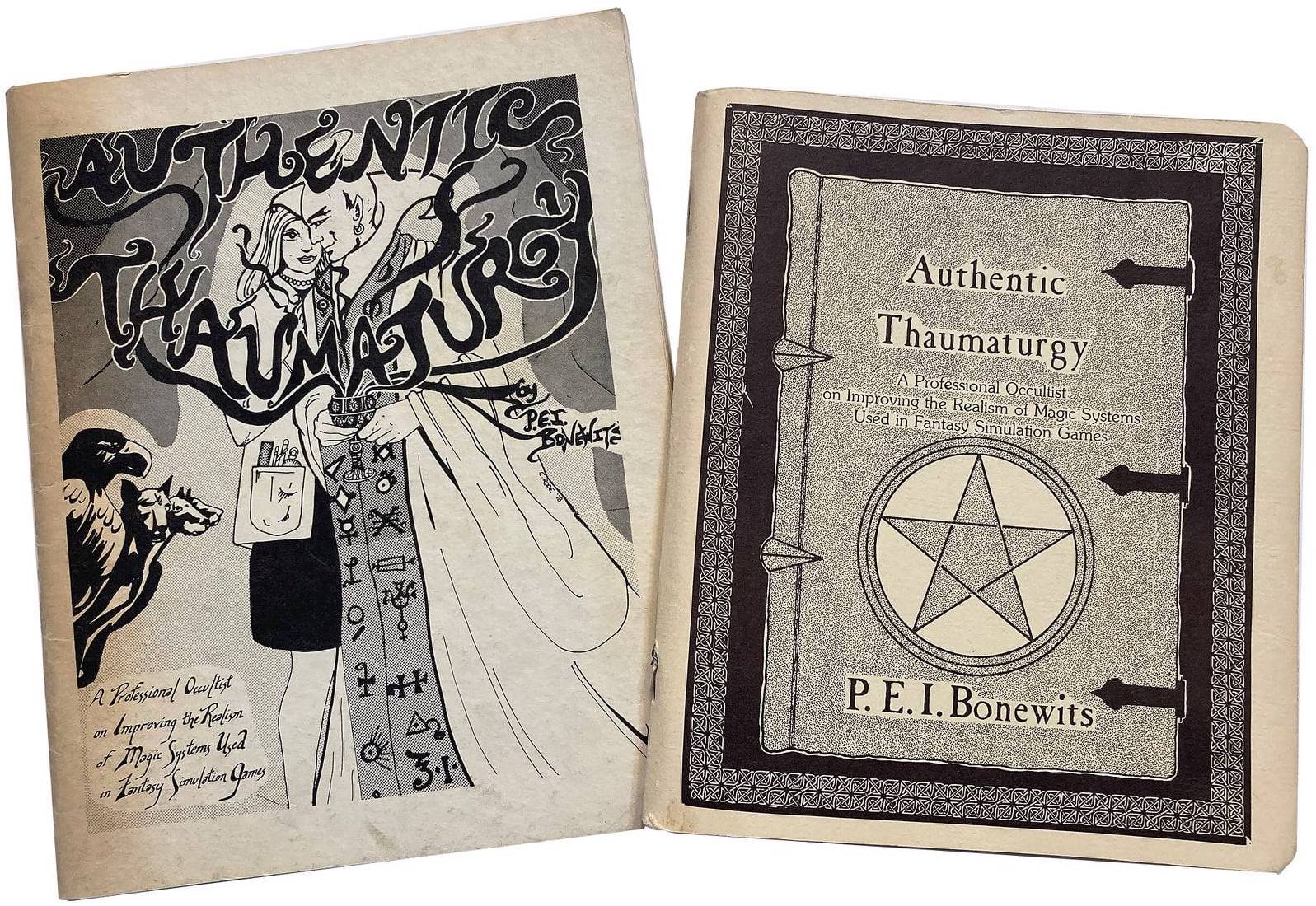 BEFORE THE GRAND GRIMOIRE THERE WAS... AUTHENTIC THAUMATURGY​

In the late 1970s Chaosium founder Greg Stafford sometimes helped other individuals get their projects published. The eclectic mix of these included Mel Laybourne’s Dragon Tales art book, Wyrd the magazine of fantasy, and perhaps the most gonzo of them all, Authentic Thaumaturgy by P.E.I. Bonewits.

Philip Emmons Isaac Bonewits described himself as "the world’s only academically accredited occultist", with a B.A. in Magic from the University of California, Berkeley. Bonewits also was an Archdruid of the Berkeley Grove of the New Reformed Druids of North America. I can easily imagine that Stafford’s shamanic interests overlapped with Bonewits’ druidic ones because that’s just how San Francisco in the 1970s worked. On November 7th, 1977 they signed a contract wherein Chaosium would publish Authentic Thaumaturgy in early 1978. It would be Chaosium’s third RPG-related product, after the first two volumes of All the World’s Monsters.

The book’s hundred pages cover a wide range of topics. They included: the essence of magic, psychic talents, the laws of magic, trivial things that can blow you away, spell types, and how "The Gods are Are Alive" (an epic chapter heading typo there). 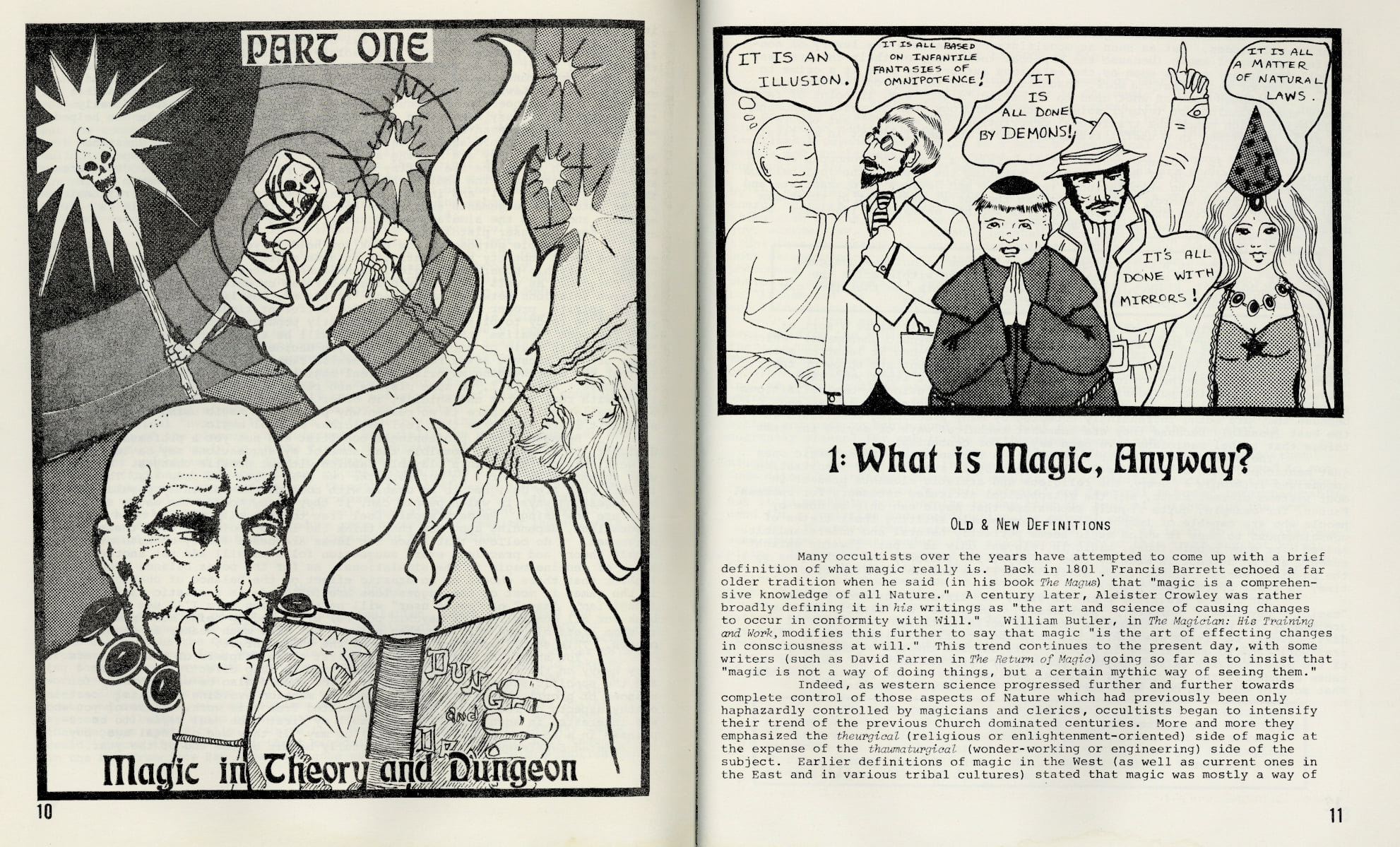 Authentic Thaumaturgy is far more a collection of concepts than a rules system, with the nineteen tables at the end of the book being the main exception. In some ways it reads like a collection of all of Bonewits’ term papers written while he was at Berkeley. I can only imagine how his professors would have reacted if he had submitted a paper that quoted Sherlock Holmes and Shakespeare while discussing the psionic abilities of Saint George and the common use of devils and demons in games. 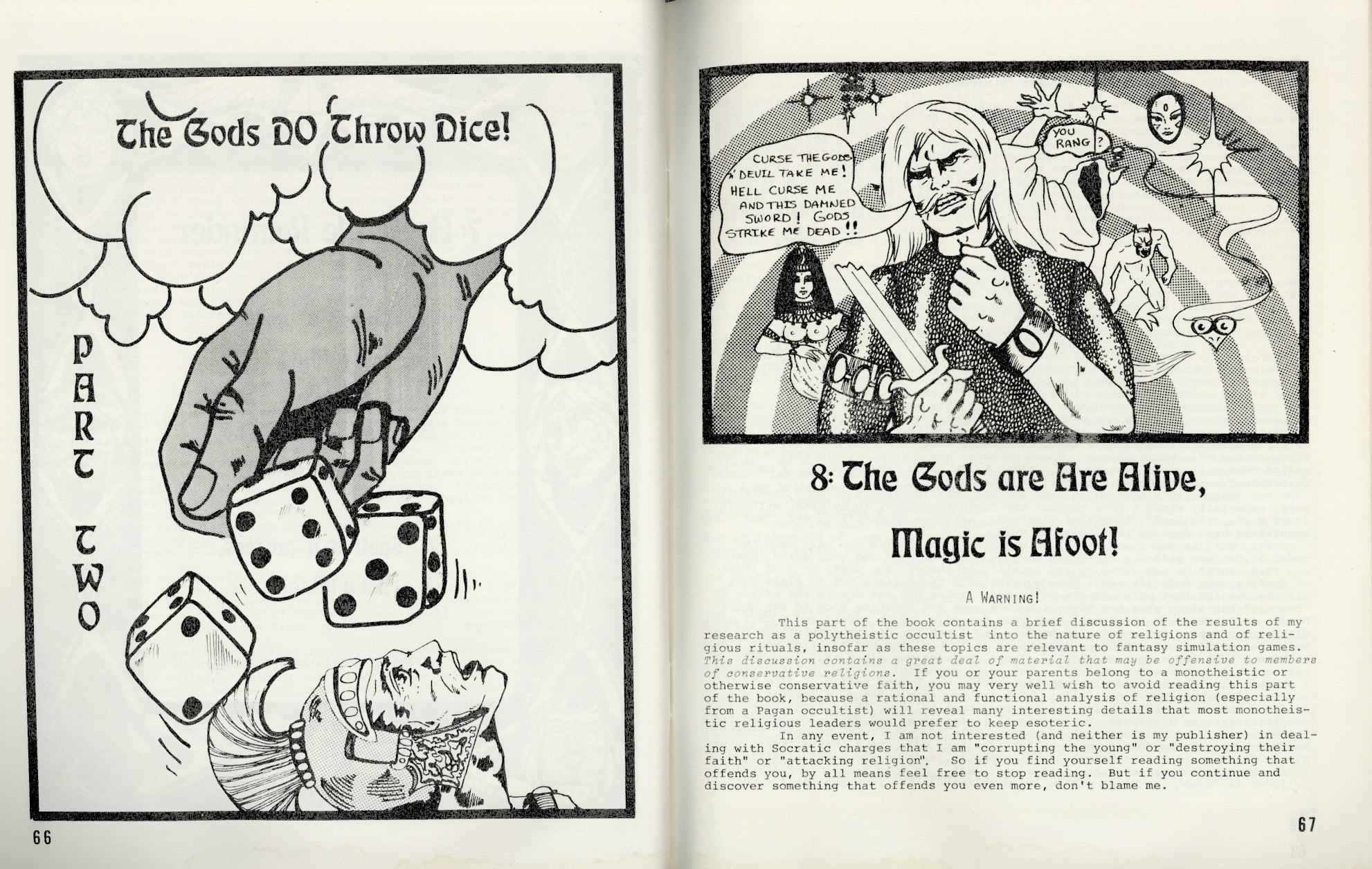 Along with the writing, the art is also worth mentioning. Authentic Thaumaturgy was illustrated by Carole Rode. In short, the black and white line art epitomizes all that was the 1970s. See for yourself. I must confess the author portraits on the back covers are wonderfully of their time, and it’s interesting that the puff of smoke and his glasses grew over the span of but a year. 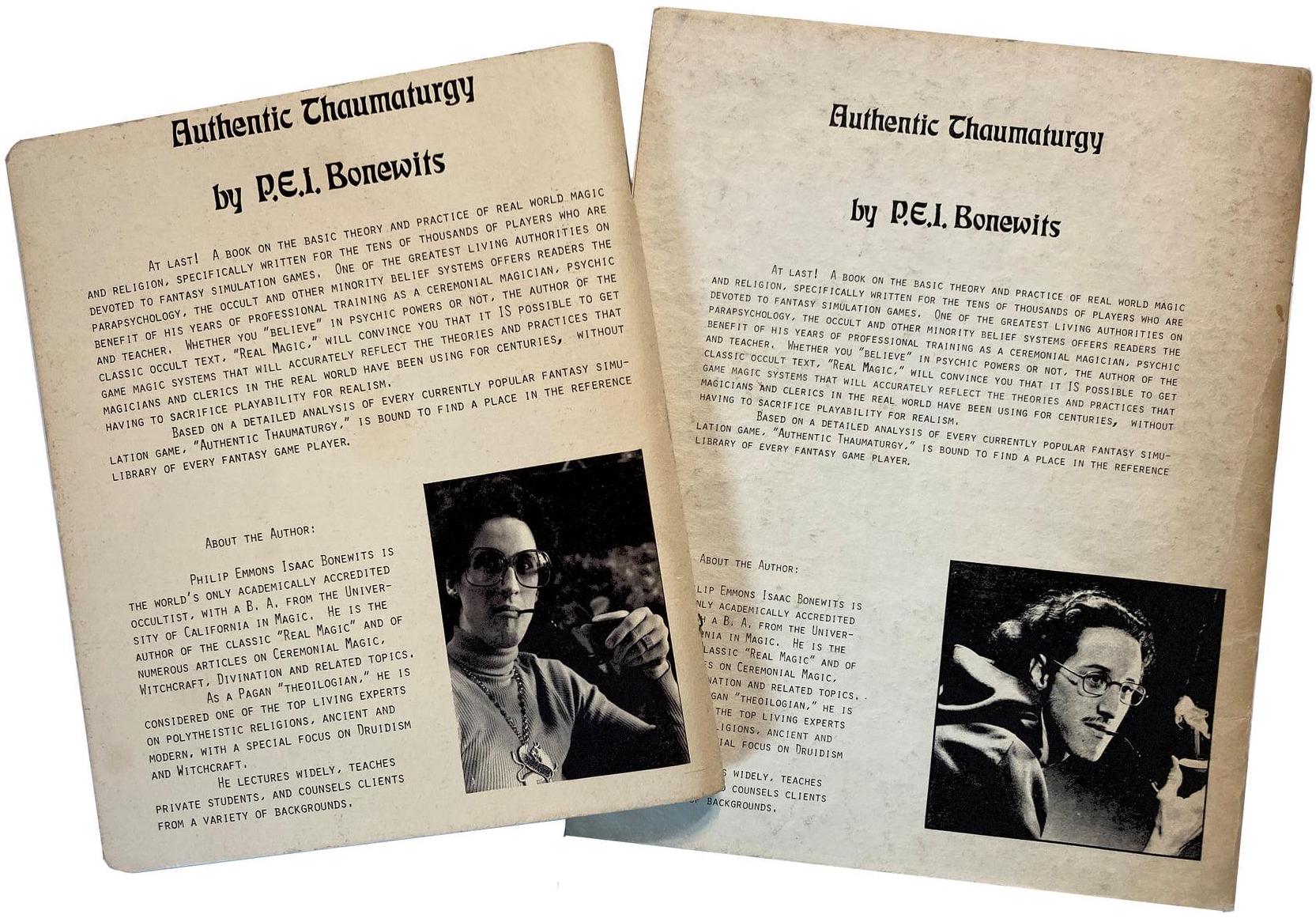 The first printing sold out in a few months. It remained out of print for the last half of 1978 due to the west coast paper strike. In 1979, the second edition debuted in a slightly edited and reworked format. I don’t understand why the second edition was done in a 6 by 7.5 inch size, but I’m sure there was a reason now lost to the mists of time. Unfortunately, Bonewits passed away in 2010 and I never had a chance to speak with him about the book.
Last edited: Nov 7, 2021

You can still get a later edition from Steve Jackson:

Blue Orange said:
You can still get a later edition from Steve Jackson:

It's a bit better polished, but still reads like "a collection of Bonewits' term papers". Nevertheless, a pretty major influence on how I write and think about magic.