Cthulhu Britannica was produced under license from Chaosium from 2009-2017. Cubicle 7 released twelve titles that explored the Cthulhu Mythos in the British Isles.

The World War Cthulhu line was also published under license, from 2013 - 2017. Eight titles were released focussing on the Cthulhu Mythos in conflicts of the 20th Century including World War 2 and the Cold War.

Both lines received critical acclaim and won multiple awards. Cubicle 7's Call of Cthulhu license wound up at the end of 2017.

Chaosium plans to rerelease these lines for Call of Cthulhu 7th edition, with all-new layout and art. New titles are also planned for each. No release dates have been announced. 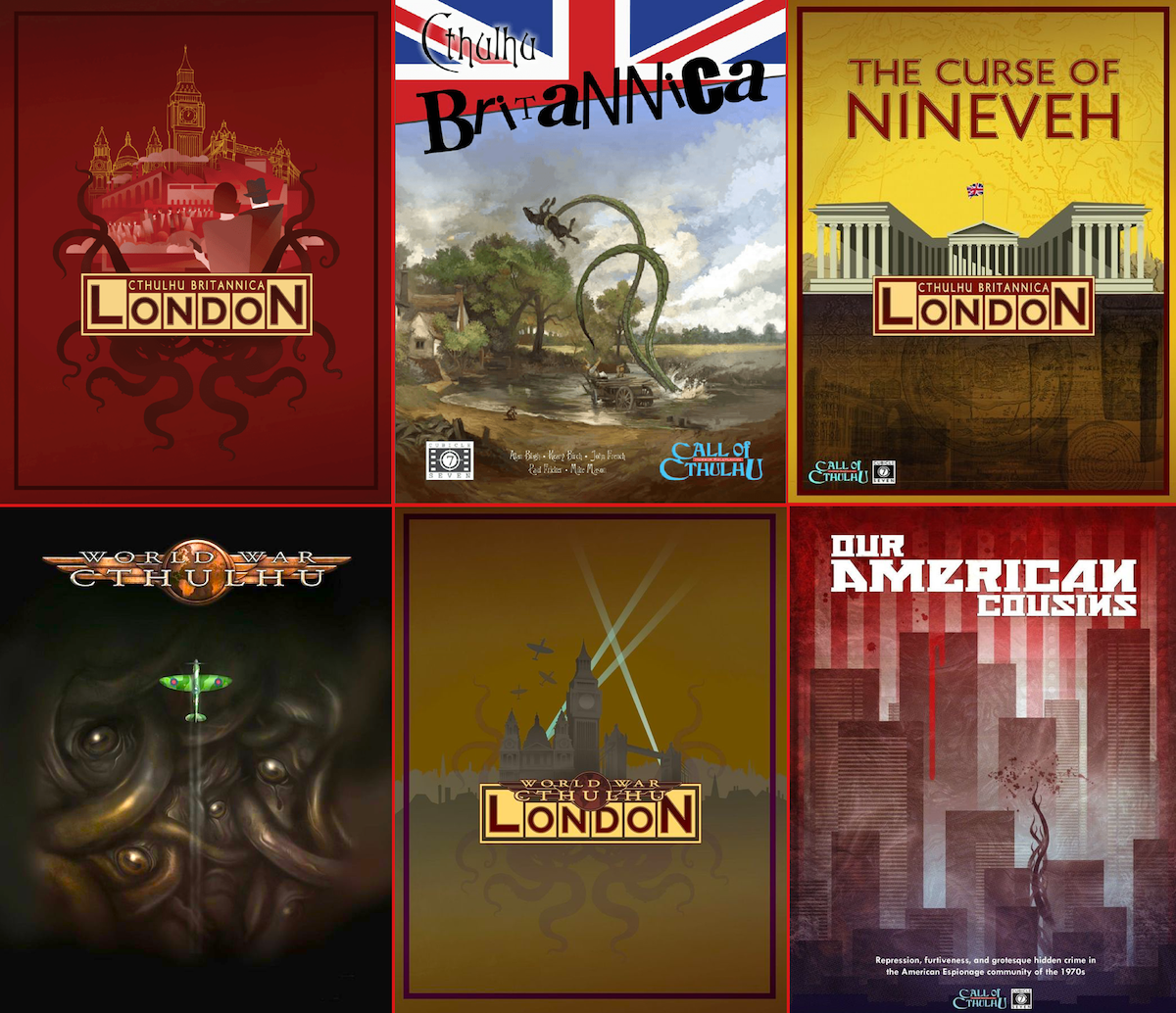