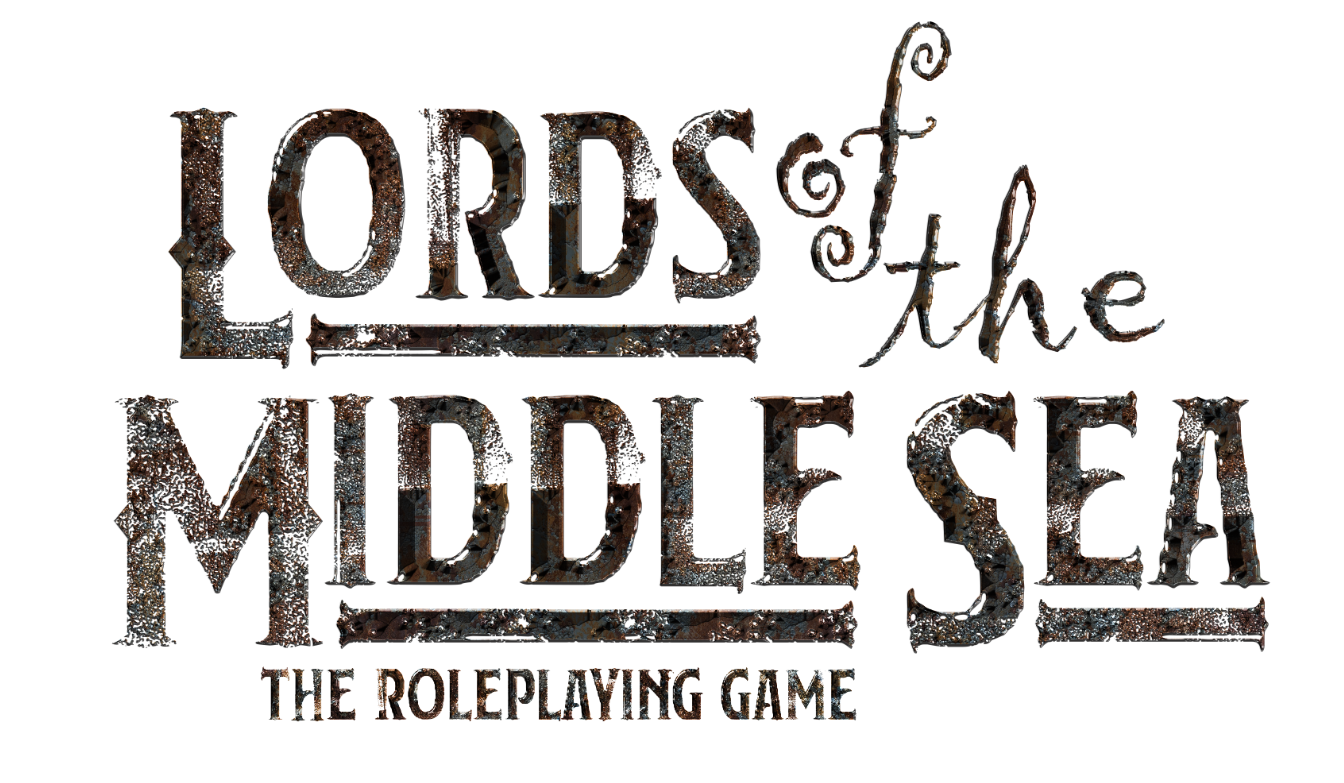 In 1978, hot on the heels of the release of the revolutionary White Bear, Red Moon strategy game and the RuneQuest roleplaying game, Chaosium Inc. released Lords of the Middle Sea. This was a board war game, set in the post-apocalyptic ruins of a flooded North America, in the year 2401.

Lords of the Middle Sea was Lynn Willis's first Chaosium title. Lynn went on to become one of the longest-serving members of the Chaosium team, co-authoring or contributing to such revered titles as Basic Roleplaying, the second and third editions of RuneQuest, the original Masks of Nyarlathotep (with Larry DiTillio), Worlds of Wonder, Ringworld, Elric, Ghostbusters (for West End Games), and the fifth and sixth editions of Call of Cthulhu. Lynn Willis passed away in 2013.

Though the Lords of the Middle Sea game never found the success of RuneQuest or Call of Cthulhu, it sustained a dedicated fanbase and copies of the original game are collectors’ items. 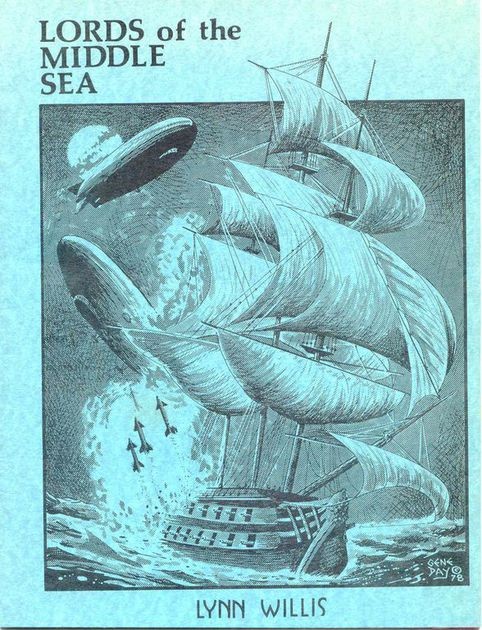 And now, 42 years later, Chaosium is proud to announce the development of Lords of the Middle Sea Roleplaying Game, a new tabletop RPG joining the ranks of Call of Cthulhu, RuneQuest, HeroQuest, Basic Roleplaying, 7th Sea, the upcoming Rivers of London, and other Chaosium titles.

Inspired by Lynn Willis's Lords of the Middle Sea board war game, in the RPG the player characters take on the roles of explorers, traders, adventurers, or others seeking to survive and thrive in an Earth barely recovering from world-wide collapse, nuclear war, and environmental catastrophe.

In the Lords of the Middle Sea world settlements are few and far between, and civilization has just begun to establish itself. Technology ranges from steam-powered airships and watercraft, to high tech held by long-hidden enclaves that remained intact in their underground shelters. Each player group is centered around their ship, customized during character generation and during play, with its own quirks and drawbacks, strengths and weaknesses. The game’s structure rewards both episodic play and long-term campaigns.

With a core rulebook written by award-winning veteran game designer John Snead (Blue Rose, Eclipse Phase, Exalted, Mage: The Awakening, The Laundry, etc.), Lords of the Middle Sea utilizes a streamlined version of the Basic Roleplaying system, recently released under an Open Gaming License. The core rules will be followed by a gamemaster screen and an adventure sourcebook. Future supplements are being planned.

"As a sort of futuristic proto-Steampunk – before Steampunk proper existed as a genre – Lynn Willis's Lords of the Middle Sea was Chaosium's second original IP, after Greg Stafford's Glorantha. It's a pleasure to be bringing it back for a new gaming audience", said Chaosium president Rick Meints.

The game is being produced by the RuneQuest creative team of Jeff Richard (The Guide to Glorantha, King of Sartar, HeroQuest, etc.) and Jason Durall (BasicRoleplaying, RuneQuest, TheLaundry, World War Cthulhu, Conan, etc.).

No publication date has been announced. 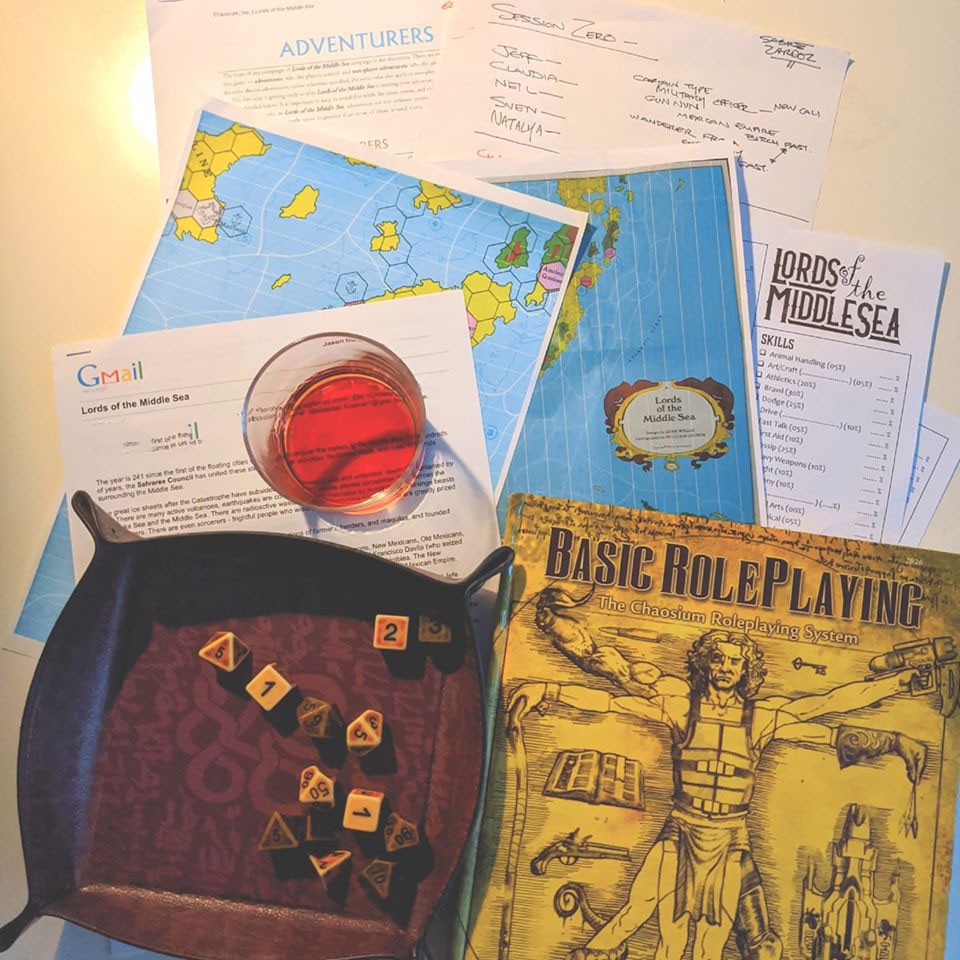 Sale [Chaosium] Chaosium Warehouse Sale Update: here's the list of everything we're still offering from 15-66% off