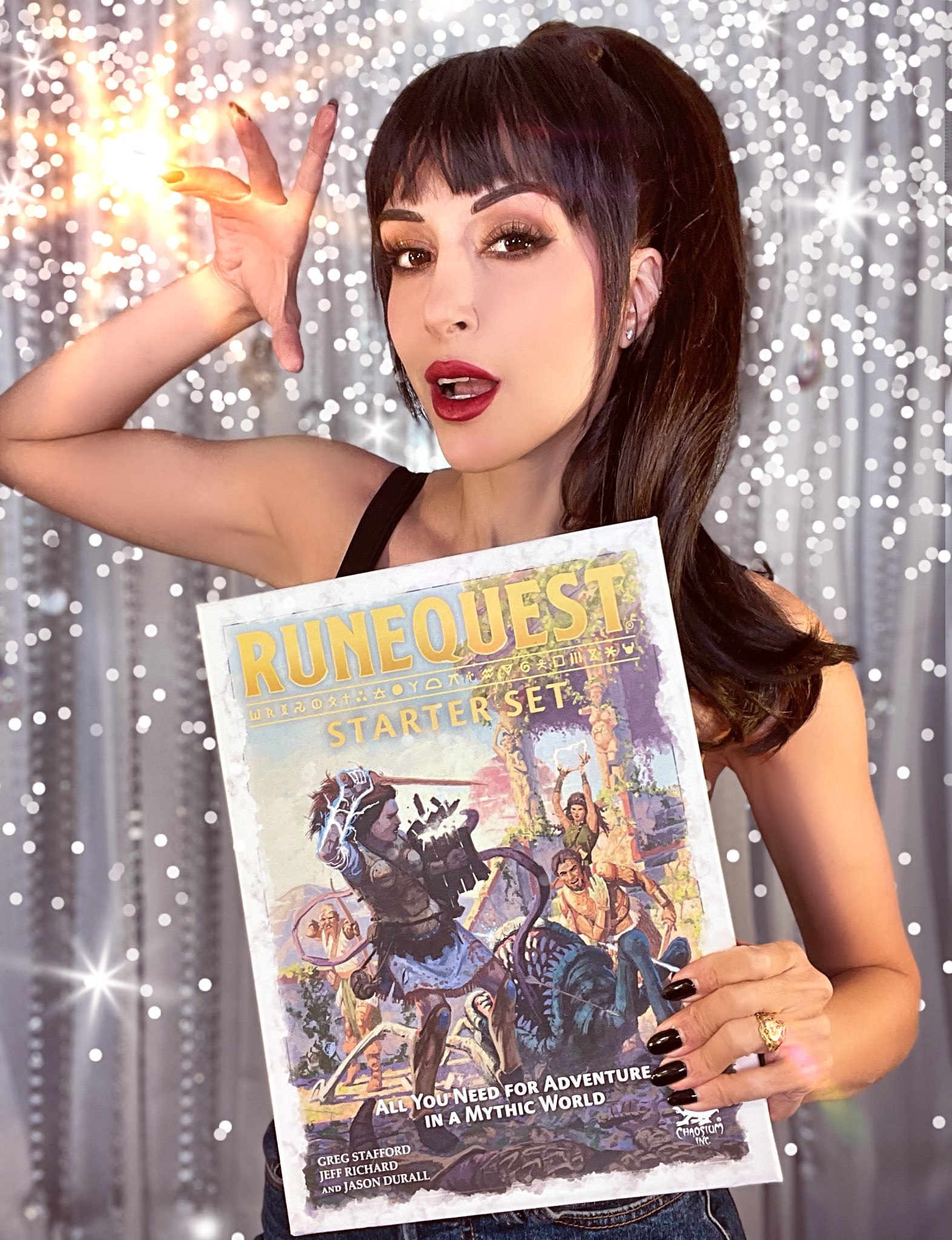 ​
Our RuneQuest Starter Set sure has impressed! - here's what reviewers are saying:

"Thank you to the good folks at Chaosium for sending me this Starter Set! I had the pleasure of playing RuneQuest on The Glass Cannon this year (available on VOD*). Chaosium makes it easy for you to dive right in to a new ttrpg and what better time than the holidays to learn." — Noura Ibrahim, RPG streamer

"The absolute perfect starter set that comes in a box... there are several wonderful starter sets out there but this is going to set a new high as to what it provides." — OrcusDorkus (video)

"A gentle learning curve for Glorantha... I have no idea what more Chaosium could do to make the game easier to get into short of sending out RuneQuest referees to go door-to-door offering introductory sessions." — Refereeing & Reflection.

"This is truly an amazing product. On so many levels. I think, most importantly, it showcases Chaosium's approach to their business and consumers. Game companies aren't forced to do Starter Sets like this. And they usually don't. Chaosium makes products for fans." — RPG Imaginings.

"By far the best Starter Set that has been produced for a roleplaying game... an industry changing product." — RPG Imaginings (video review).

"If you've wanted to try out RuneQuest, this is the product for you. If you're a GM wanting to get into something more about a deep, profound spiritual world than killing monsters and taking their stuff, buy it." — OzRPGDice.

"If only there were a single, streamlined product we could point new players to, a concise entry point that explained the rules, introduced the setting, and made it all effortless to learn and play. Something that showcased what makes this fantasy RPG unique. Oh wait, now there is... If you have ever been even mildly curious about Glorantha or Runequest, here is your chance to explore. You will know exactly after exploring the Starter Set if this is the game for you."— Andrew Logan Montgomery.

"The purpose of starter sets is to introduce new players to a game system, so that not only do they understand the rules and the setting with ease, but they also have the tools to make a starting game quickly. The RuneQuest Starter Set exceeded that and more." — Really Dicey (video).

"The perfect introduction to RuneQuest... it really does set a standard by which other starter sets are going to be measured. Chaosium did that already with the Call of Cthulhu Starter Set, now it has done it again with the RuneQuest Starter Set." — Reviews from R'lyeh.

"The RQ Starter Set Box is going to give you months and years of enjoyment... It's not at all a cut-rate entrance ticket (and is) valuable even to an experienced RuneQuest GM. They knocked it out of the park." — Iconic Production: Exploring Glorantha (video).

"It is the best RPG boxed set I've seen, and certainly the best value. Honestly, if you are into RPGs at all, you need to pick this up. You will regret it if you don't." — M.T. Black, best-selling RPG author (Baldur's Gate: Descent into Avernus), DM's Guild.

Get your own copy of the RuneQuest Starter Set!​ 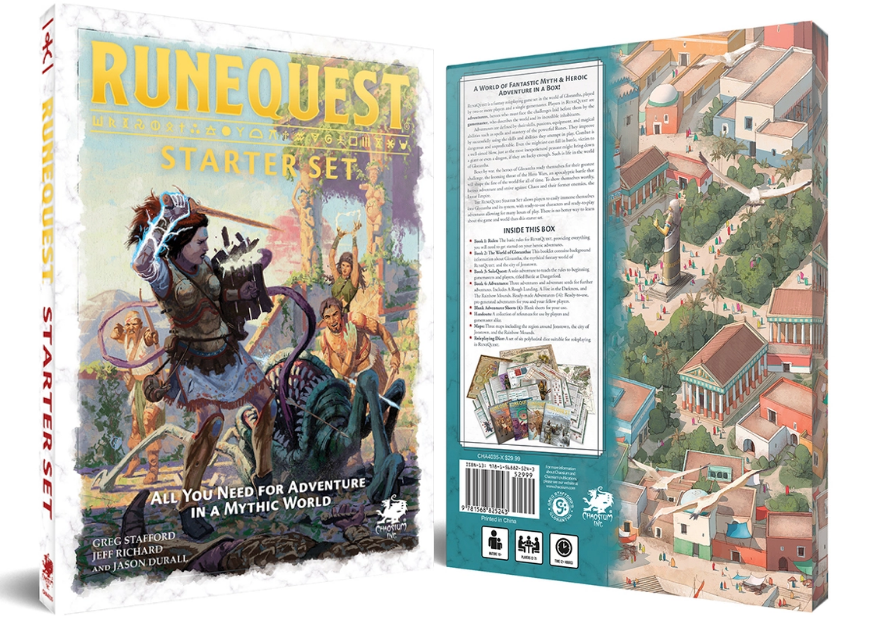