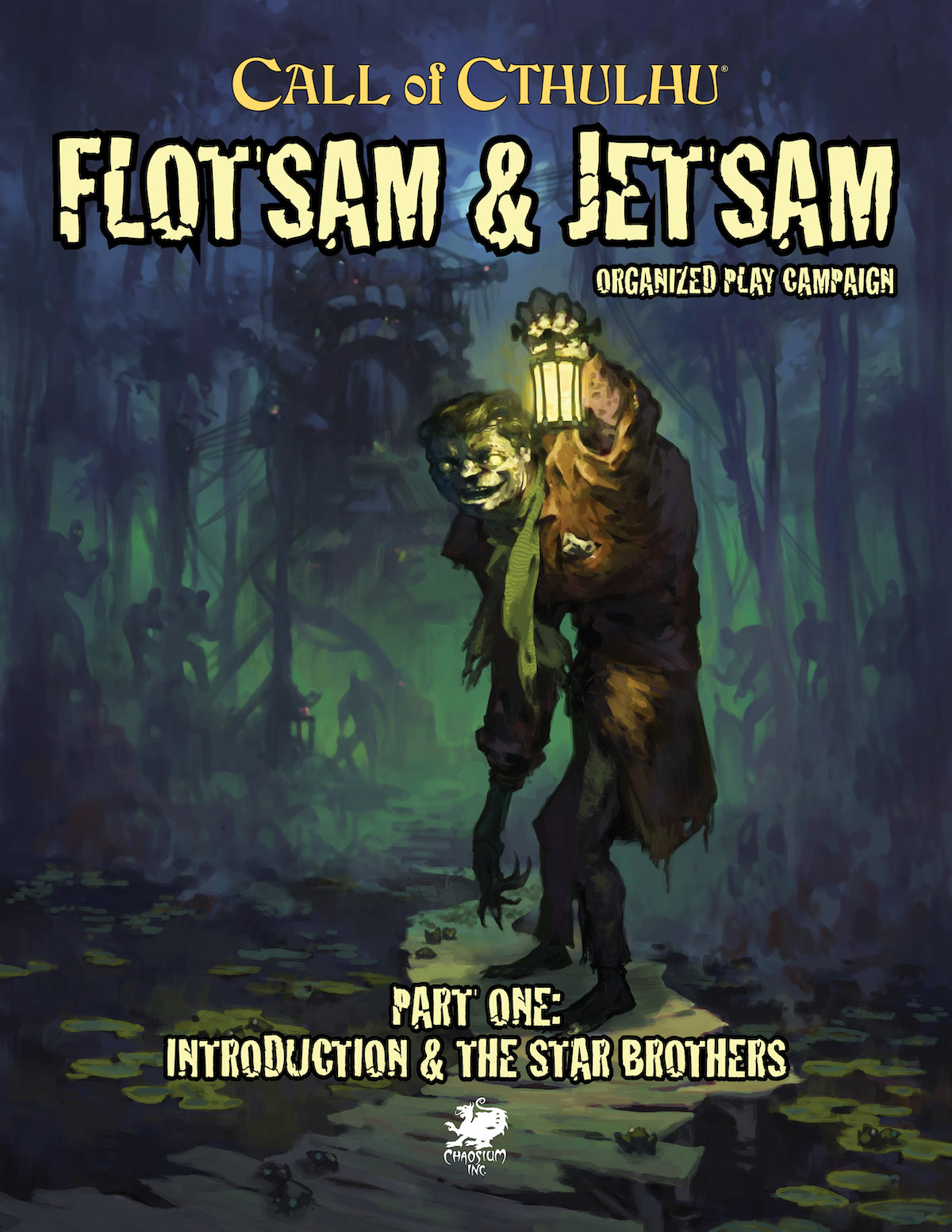 Coming later this year! FLOTSAM AND JETSAM is a Call of Cthulhu Organized Play campaign, presented as four separate and loosely linked scenarios. These will be released on a monthly basis to the Keepers of the Cult of Chaos, Chaosium’s volunteer network of gamemasters.

Each scenario offers one or more sessions of play and is essentially, stand-alone. They do not require the same players to take part, although returning players will, of course, enjoy a deeper level of fun by the fact they are engaging with a wider story.

More details at the link: Coming later in 2019 - Flotsam and Jetsam Organized Play Campaign for Call of Cthulhu