Release [Chaosium] Cults of Prax & Cults of Terror: "quite rightly considered one of the best treatments of religion in a fantasy RPG ever written", now back! 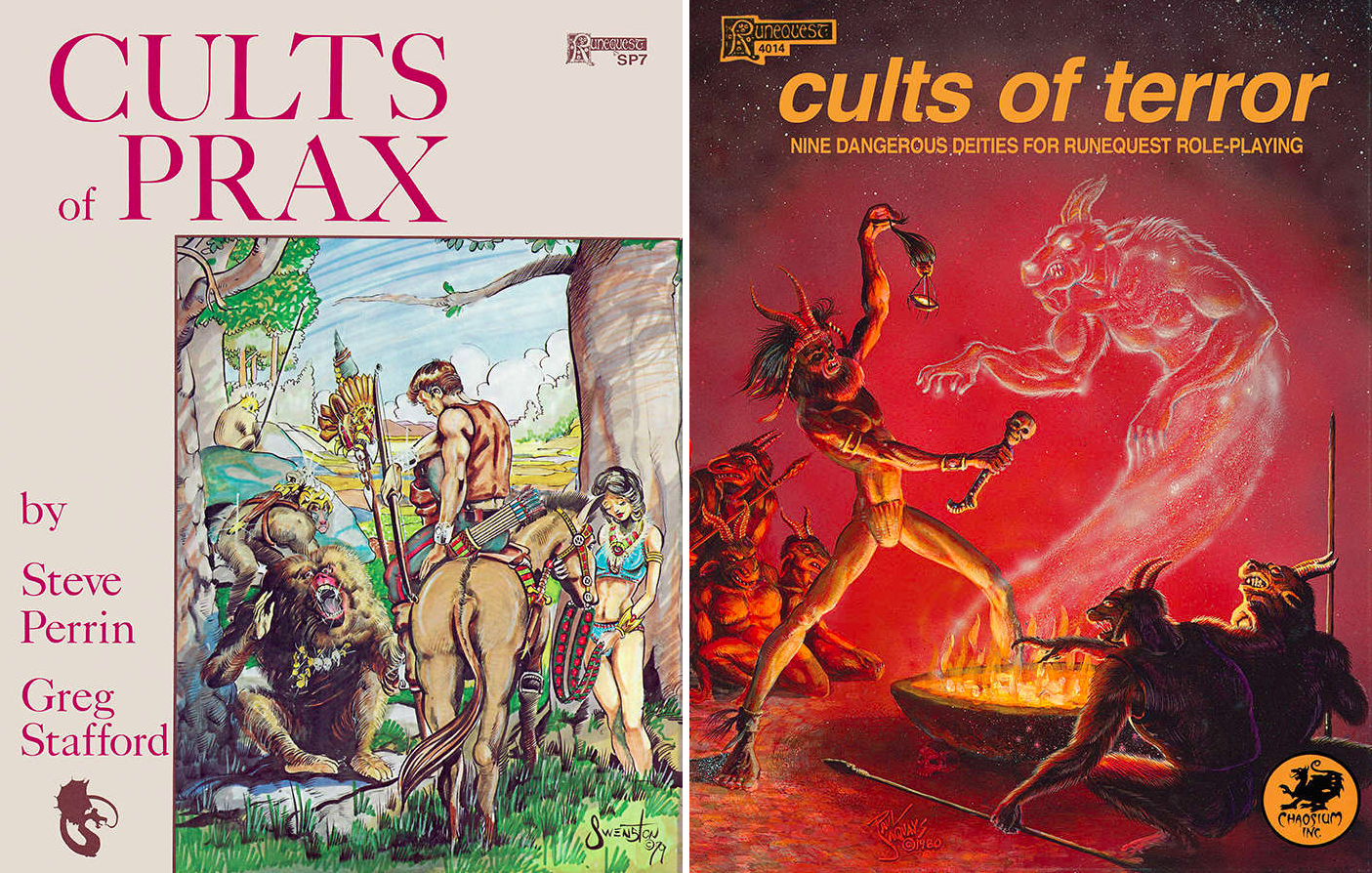 ​
After being unavailable in physical format for more than 30 years, Cults of Prax and Cults of Terror are now available again, Print-On-Demand. These are fully-remastered softcover editions, true to the original printing. And, along with our entire range of Print-On-Demand titles, are 25% off until December 31st.
Here's what critics have had to say about two of the most ground-breaking RPG products ever published:

"It is testament to the monumental nature of the book that, even though it was originally released in 1979, it has yet to meet its match in depth and clarity. It is a foundational RPG text (and not just because it might be the first splatbook...)."—Vintage RPG.

“A vastly innovative product, one of the best looks at religion ever in an RPG (still)."—RPG Historian Shannon Appelcline (Designers and Dragons).

"A true classic of the early days of the hobby. …quite rightly considered one of the best treatments of religion in a fantasy RPG ever written and it's certainly one of the most inspirational."—Grognardia.

"Cults of Prax was extraordinary. It not only defined what Glorantha was, it demonstrated what was possible in gaming. It moved the bar from moving miniatures around a table and rolling dice to a shared novel. The depth. The erudition. Just stunning."—Andrew Logan Montgomery, Exploring the Otherworlds of Fiction, Magic, and Gaming.

"Arguably the most important supplement ever for both Glorantha and RuneQuest."—Reviews from R’lyeh.

"I cannot rate this book too highly, it makes an already excellent, imaginative, and highly playable FRP system into a masterpiece that richly deserves a place at the forefront of the hobby. 10/10."—White Dwarf #23 (quoted in Reviews from R’lyeh review).

"The best extant cosmology designed for use with any FRP that has been published."—Different Worlds #7 (quoted in Reviews from R’lyeh review).

"If you play RuneQuest, you want this book. If you are a serious Game Master in any fantasy system, you would do well to look it over… And remember: Gods don't have to be effective to be important. Belief is the thing, and the interactions of social groups and differing beliefs in Cults of Prax is good fantasy reading if you don't game at all."—Steve Jackson, Space Gamer #27 (quoted in Reviews from R’lyeh review).

"Cults of Prax is nothing like Gods, Demigods & Heroes (or its successor, Deities & Demigods), for example, which managed to reduce real world religious/mythological figures to mere game constructs; Cults of Prax does the opposite, elevating game constructs to something approaching credible, if clearly fantastical, belief systems."—Grognardia.

"This is a book that should simply be treasured by gamers."—Bud’s RPG Review (video review, in two parts – part one, part two.)

"Not merely a landmark in role-playing history, it’s a giant."—Ron Edwards, Adept Play.

"If you play RuneQuest, or even if you just want to see what an excellent game aid can be, you'll buy Cults of Terror."—Space Gamer No.42.

"A work of art... the book is frankly fantastic. The cults are all interesting, workable, and playable, 36 years after being printed. Cults of Terror is and remains classic and an industry standard that many have tried to copy but none have beaten. I can't recommend this book highly enough."—Bud's RPG Review (video review, in two parts - part one, part two.) 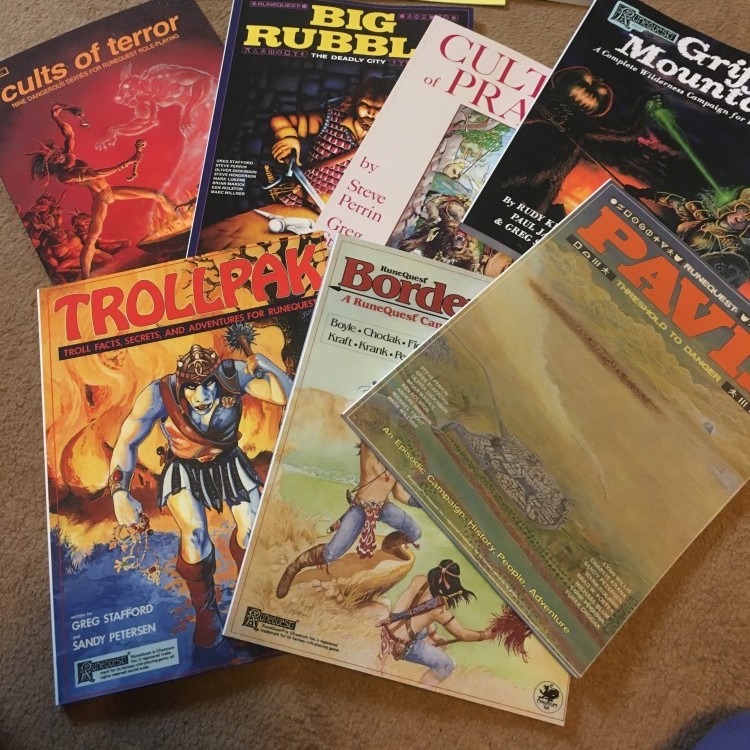 ​
Chaosium's entire range of Print-On-Demand titles are all 25% off until December 31st. There are eight Call of Cthulhu titles and 19 RuneQuest titles on offer. Price includes PDF. Details here.

Press [Chaosium] "D&D is a thing of the past" : rediscovering how revolutionary RuneQuest was - 'Out of the Suitcase' with Chaosium President Rick Meints