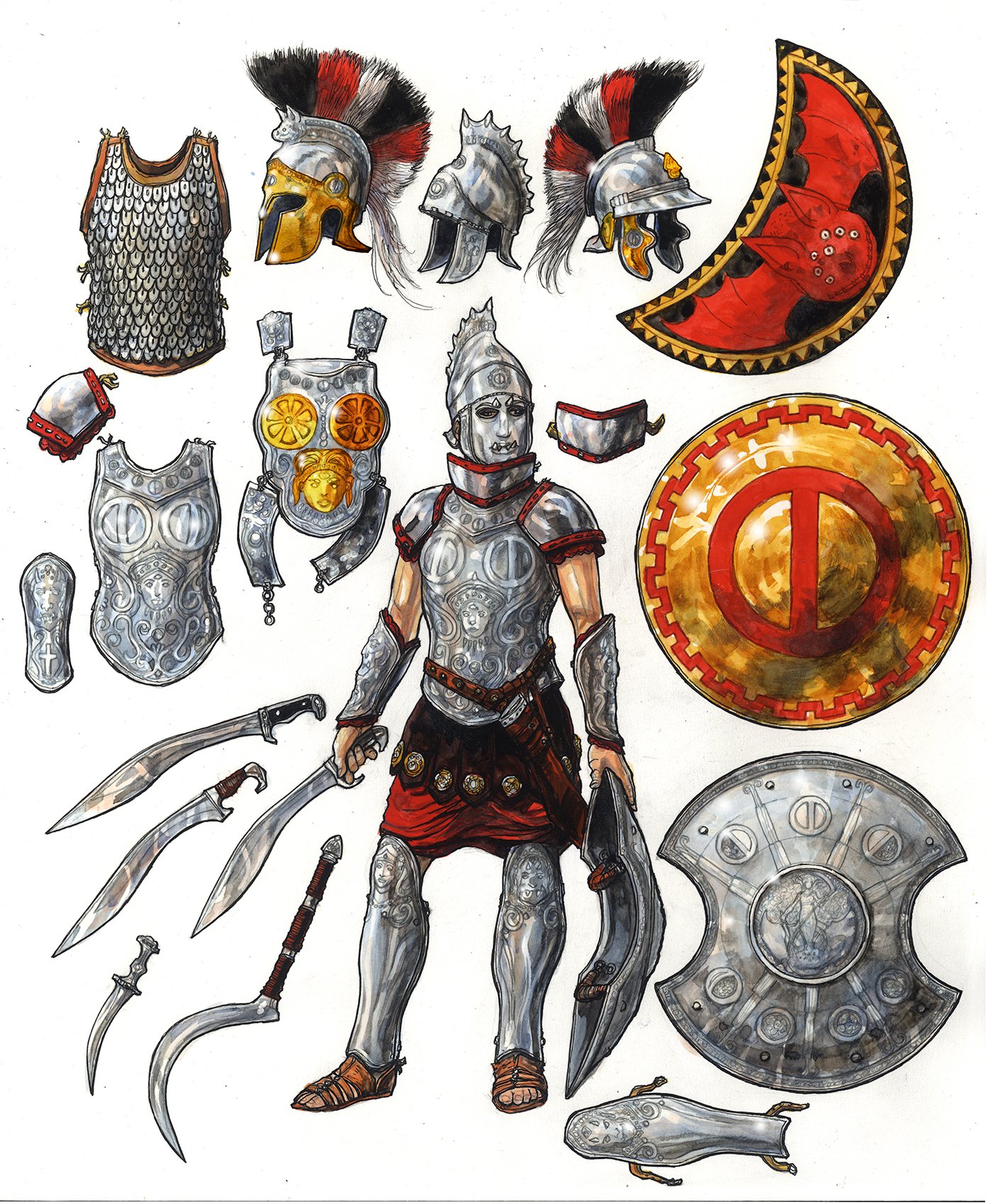 In addition to his work in the RuneQuest Starter Set and Red Book of Magic, we are delighted that renowned comic book artist Mark Smylie, creator of the epic fantasy series Artesia, has more Gloranthan art in our recently-released RuneQuest: Weapons & Equipment book.

"A little while back I did a couple of illustrations for the just-released (in pdf, at least) Weapons & Equipment Guide for RuneQuest Glorantha. I recommend it regardless of my contributions to it, there's a lot of fun stuff in it above and beyond lists of equipment as they're using the lists to dive deep into Gloranthan culture, with my favorite sections being on the costs and styles of funerals and weddings (something similar will have to be included in the second edition of the ARTESIA RPG!). You can check it out at DriveThru and the Chaosium home site (where they offer a coupon on the future print edition should you buy the pdf direct from them)."

In addition to his work in the RuneQuest: Weapons & Equipment book and RuneQuest Starter Set, you can also see more of Mark Smylie's art for Glorantha on the cover of RuneQuest's The Red Book of Magic, along with the covers of Chris Gidlow's ENNIE-nominated Citizens of the Lunar Empire, and Martin Helsdon's best-selling The Armies and Enemies of Dragon Pass and Men of the West in the Jonstown Compendium at DriveThruRPG.