This year marks the 40th anniversary of Call of Cthulhu. To mark this special milestone in tabletop RPGs we've produced a Special Limited Edition Keeper Rulebook.

This limited edition features a magnificent new leatherette cover and dust jacket design. Additional material inside includes personal accounts by some of the early creators and contributors to the game, new endpapers, and the re-inclusion of the 'The Haunting', the classic scenario that had been in all editions of the game up to 7th edition and has been something of a rite of passage for untold thousands of Call of Cthulhu fans.

Available now from only from Chaosium.com! 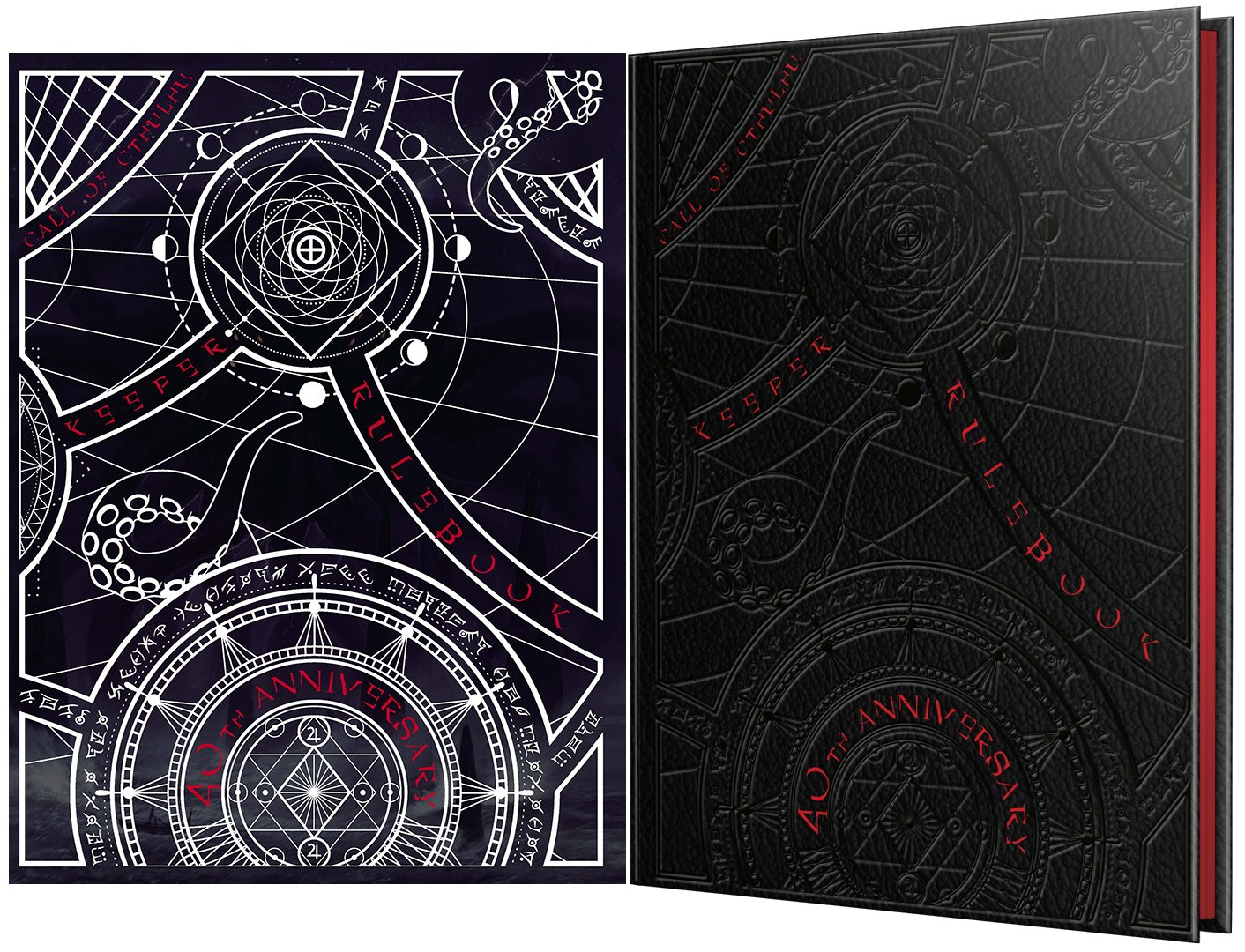 The Stars are Right​

Celebrate the 40th anniversary of Call of Cthulhu with this limited edition, red and black leatherette hardcover.

The 40th Anniversary edition of the Call of Cthulhu Keeper Rulebook contains the core rules, background, guidance, spells, and monsters of the game. It is everything you need for Call of Cthulhu at your fingertips.

The 40th Anniversary edition of the Call of Cthulhu Keeper Rulebook is presented in a pristine black leatherette cover, with red embossed sigils and designs. This is a limited edition of a premium collector’s item, suitable for the centerpiece of any library!

A never-before-printed collection of essays, forwards, and musings from a wealth of Call of Cthulhu writers including Penelope Love, Lynne Hardy, Mike Mason, Mark Morrison, Paul Fricker, and more.

Return to the Corbitt House​

In addition to the scenarios Amidst the Ancient Trees and Crimson Letters, this 40th Anniversary Edition includes the scenario The Haunting, in which the players are recruited to investigate a supposedly haunted house in 1920s Boston.