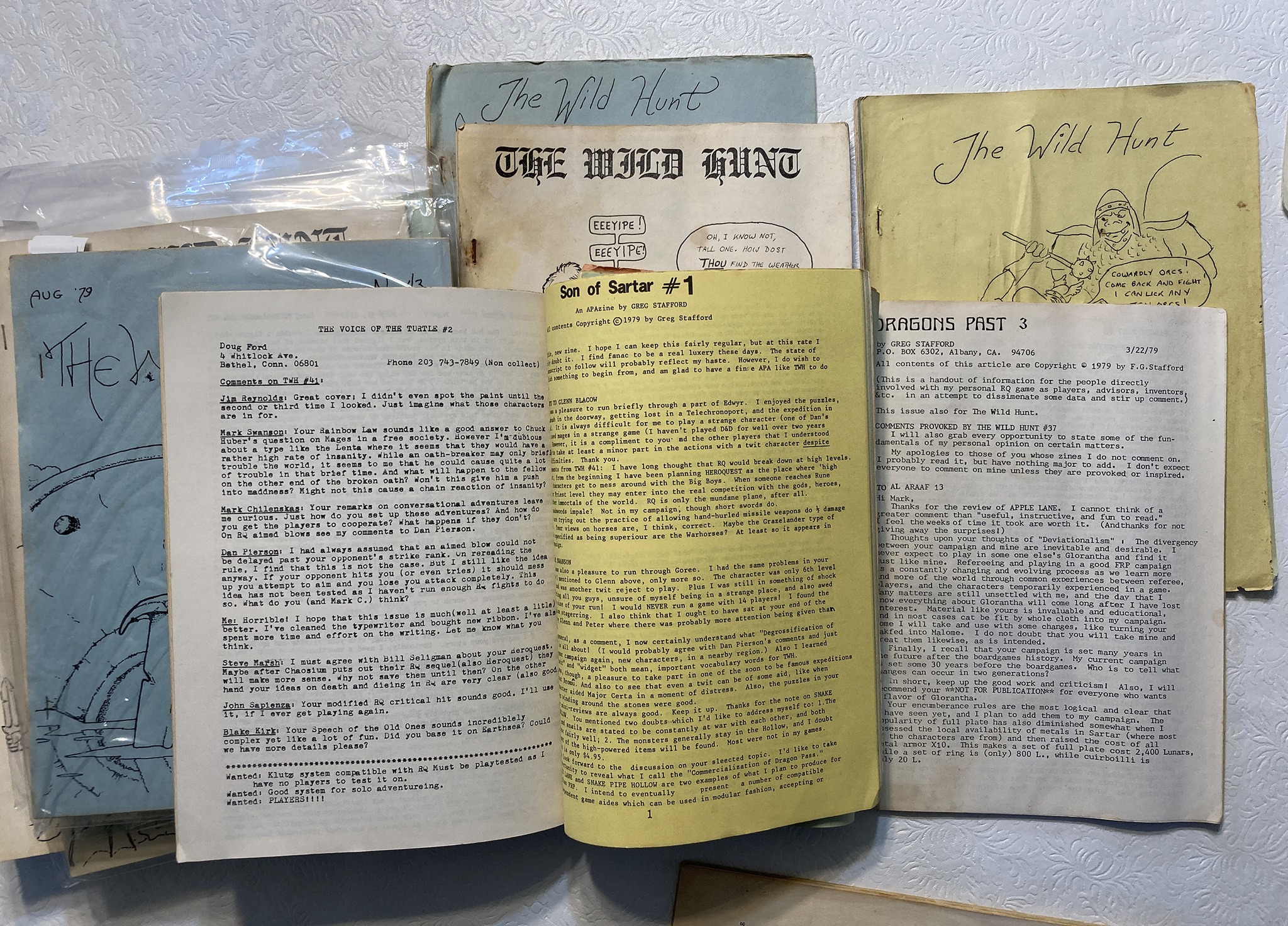 In the late 1970s Greg Stafford ran an ongoing RuneQuest RPG campaign, which generally became known as the "Chaosium house campaign." Many of the earliest Chaosium employees and fans played in it.

Held at either his house or a few doors down at the Chaosium office (both on Evelyn Ave.) the campaign lasted for several years. Fortunately, Greg took a lot of notes, including holding onto character information and the details of major events. Somewhat more surprisingly is that these notes survived in our archives, all bundled into a couple of folders I happened across a few years back.

Greg's "campaign log" includes a very personal retelling of many of the earliest RQ adventures played. They include many iconic characters and events, sprinkled throughout Greg's GM advice and development notes. My personal favourite is the debut of the "Spot Obvious" skill.

What most people may not know is that many of these "articles" were published back in the day while the campaign was active. That stems from the fact they were published in a relatively obscure and very difficult to get a hold of fanzine called The Wild Hunt. About 200 copies of each issue were printed using mimeograph machine technology. Articles were often typed on typewriters using stencils. After 40 years, many of the original issues have not survived the ravages of time, especially as they were printed on inexpensive paper. I doubt even half of the copies printed still exist. I've been tracking them down and pursuing them for over 30 years and my personal set of The Wild Hunt is far from complete.

Fortunately, scanning in the folder full of pages was not too time consuming, nor was OCR'ing them into usable text files. We decided to stick with a layout for the collection that is relatively similar to how they were published over 40 years ago. For the cover, we found in the art archives the original ink drawing that William Church illustrated for the first printing of SnakePipe Hollow in 1978. Here is William Church's original, complete with pencil adjustments and some white-out corrections: 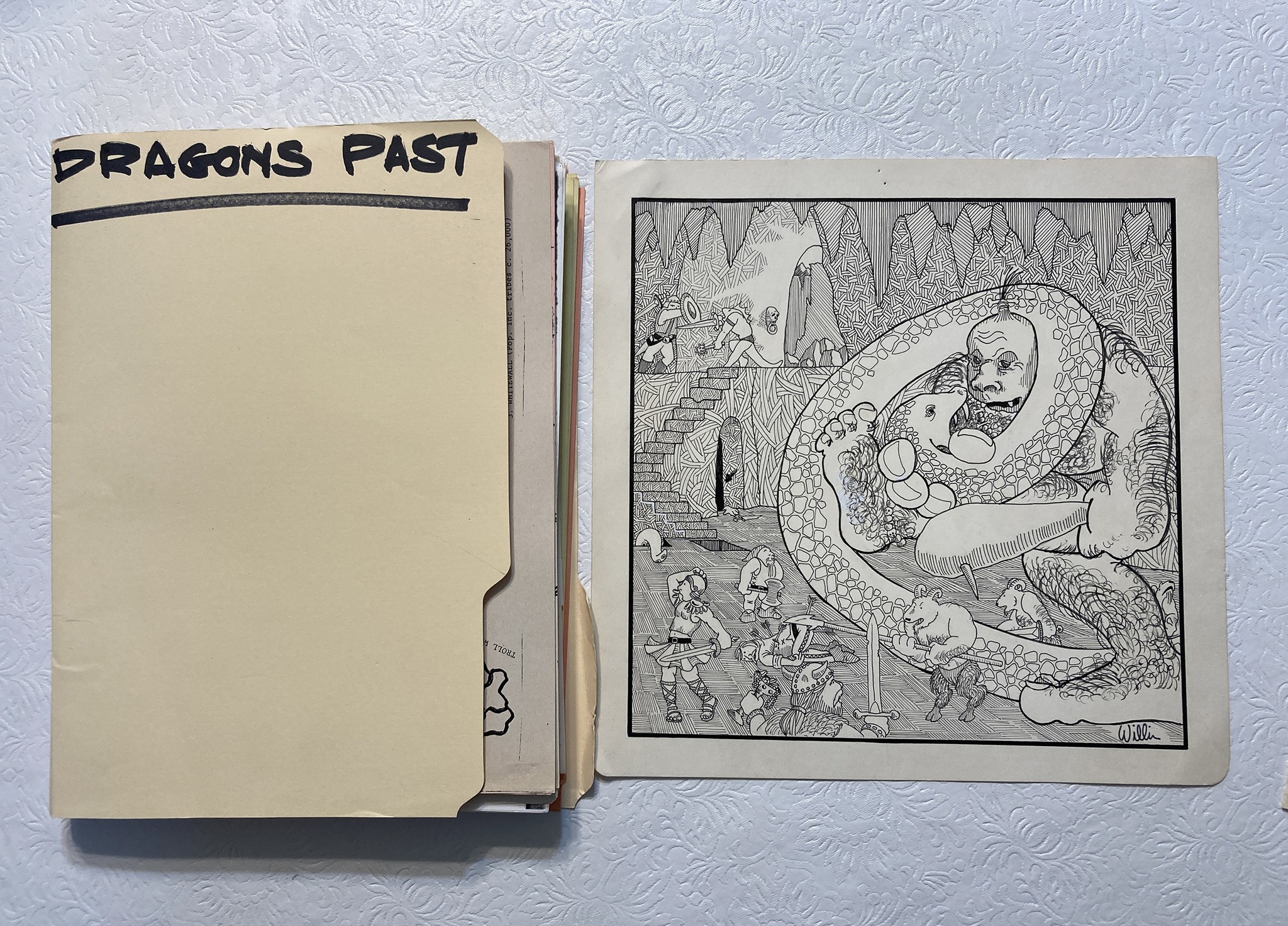 As a special treat for the attendees at Chaosium Con last April, we debuted some advance printed copies of the Stafford Campaign. It then seemed natural to debut the book (and PDF) to the rest of the world on Greg Day, commemorating his passing, helping celebrate Greg's many contributions to the gaming world.

As for future volumes of things like this from the archives, only time will tell... 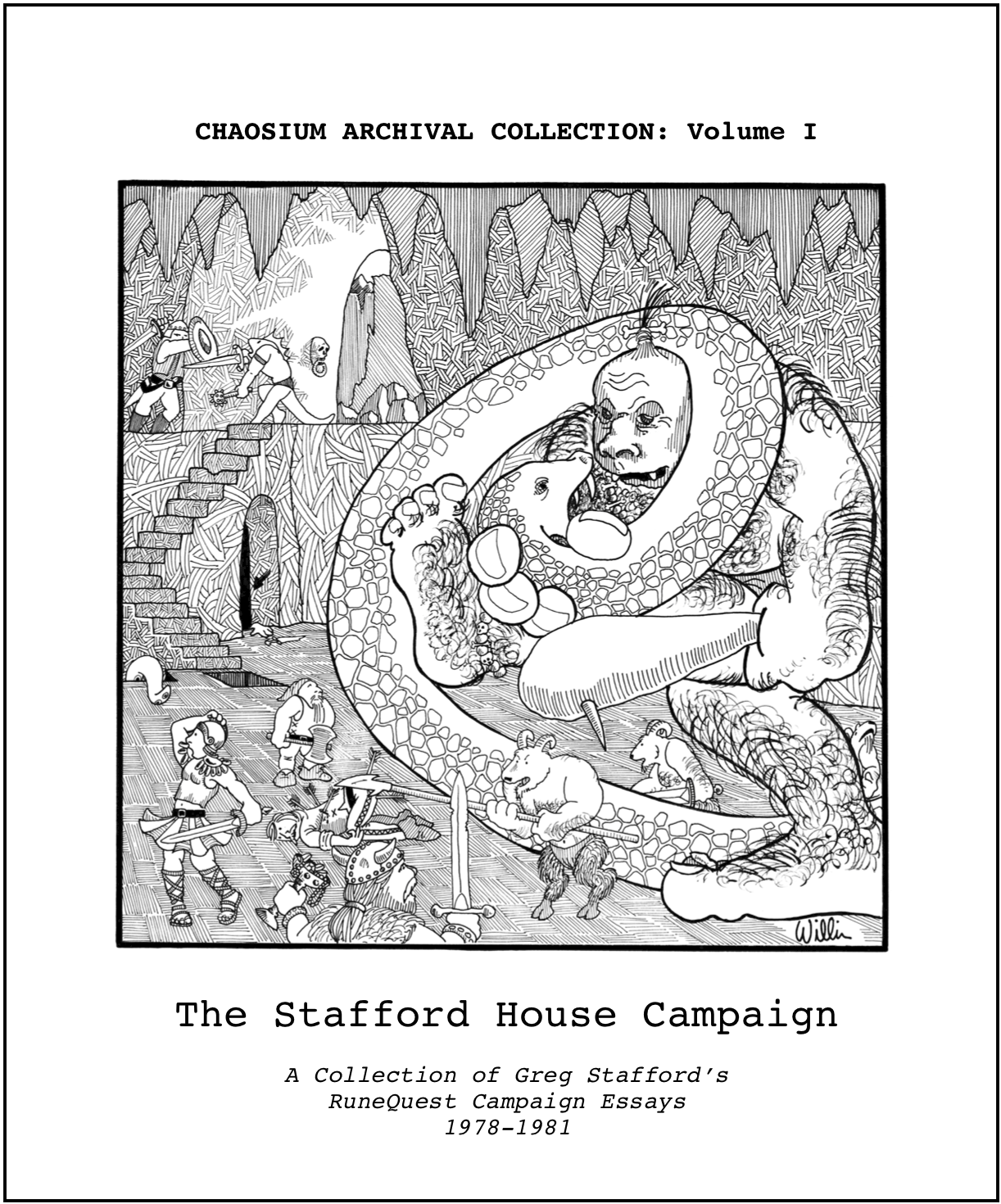 Be transported in time to the earliest days of tabletop roleplaying games with The Stafford House Campaign, a collection of Greg Stafford's RuneQuest Campaign Essays from 1978-1981.

Includes Greg's 'Dragons Past', 'Son of Sartar' and 'The Pharaoh's Gazette' series of articles from The Wild Hunt, and his GM's notes as featured in Wyrms Footnotes.

The first two chapters of this collection are also available to download for FREE.