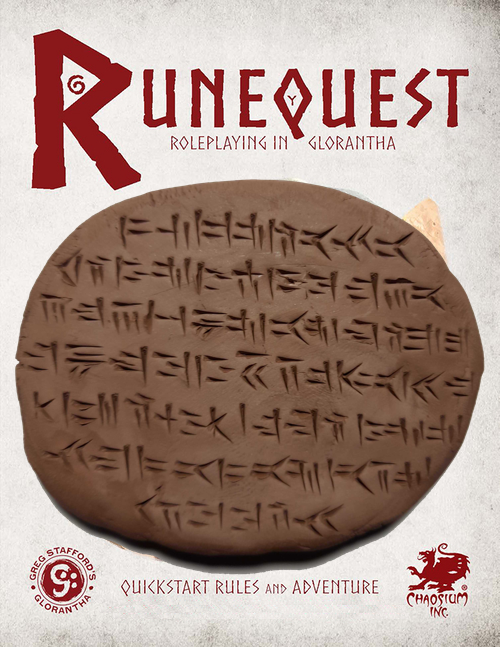 “Unlike most fantasy settings, RuneQuest draws its greatest inspiration from the myths and literature of the ancient world, including such sources as the Iliad, the Bhagavad Gita, and the Epic of Gilgamesh,” said Chaosium's Wallace Trumble, who previously spearheaded work on the company’s innovative bacon dice tray and the more recent plant-based, but still robustly bacon-esque dice tower. “Accordingly, we’re excited to be producing our clay tablet edition of RuneQuest using Old Persian cuneiform. We're confident many of the game’s core fans will savour the extra verisimilitude this version offers.”

With the 60-page RuneQuest Quickstart now completed as a proof-of-concept (360 tablets, with a total weight of 10.08 kilograms) the transcription team in Ecbatana have their styluses poised to start on the three volume RuneQuest Slipcase Set itself, once sufficient supplies of clay are sourced. Negotiations are also underway with Chaosium’s partners in print-on-demand – or should we say 'kiln-on-demand'? – to make select Jonstown Compendium community content releases available in the format; "Eh. It's not the most impractical idea they've had," noted Meredith Gerber, Chaosium's company rep at DriveThruRPG.

Chaosium president Rick Meints could not be reached for comment, as he was occupied at Chaosium headquarters shoring up the foundations beneath the company archives and pricing heavy-duty wheels for his famous RuneQuest-dedicated suitcase.

REAL gamers get all their rules information from cave paintings.

REAL gamers get all their rules information from cave paintings.
Click to expand...

Yep, we've got that covered already with: 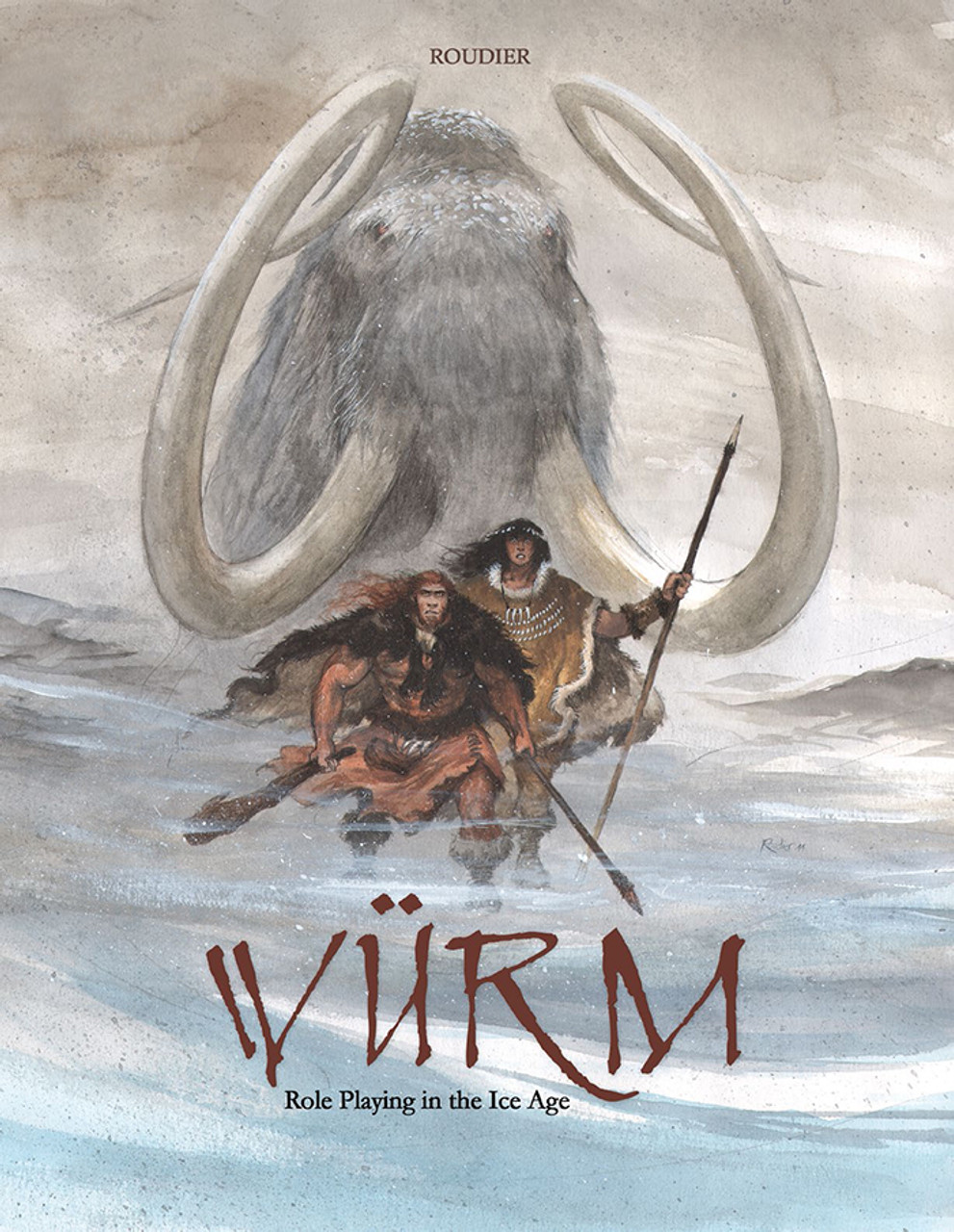 Publisher
The RuneQuest tablet we posted about on April 1st has been deciphered! - congrats to Nerval over at our BRP Central forums, who gets to add an Old Persian experience check, and wins a prize: 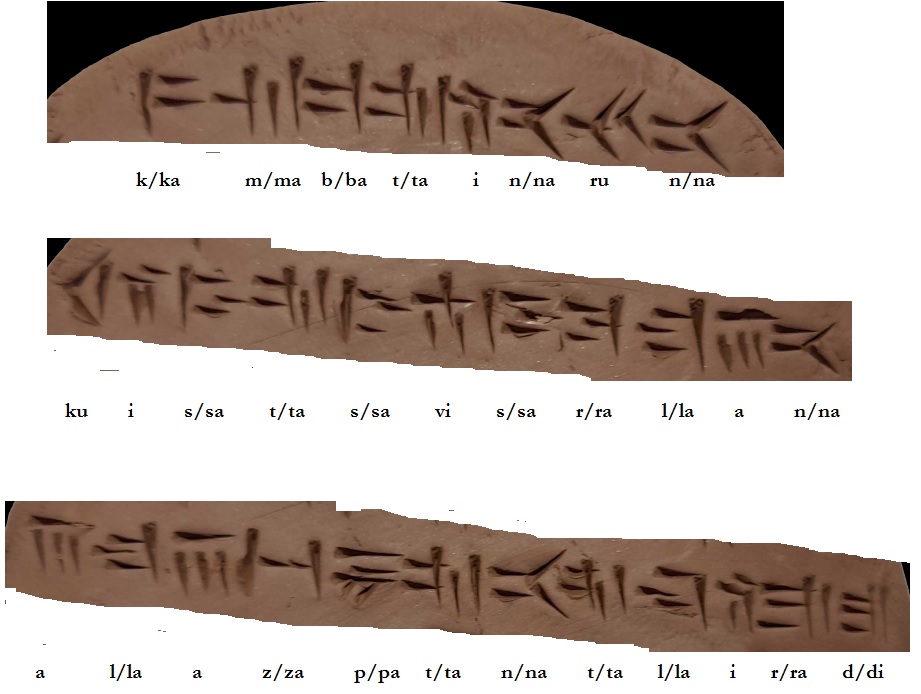 I so would have bought that lol.