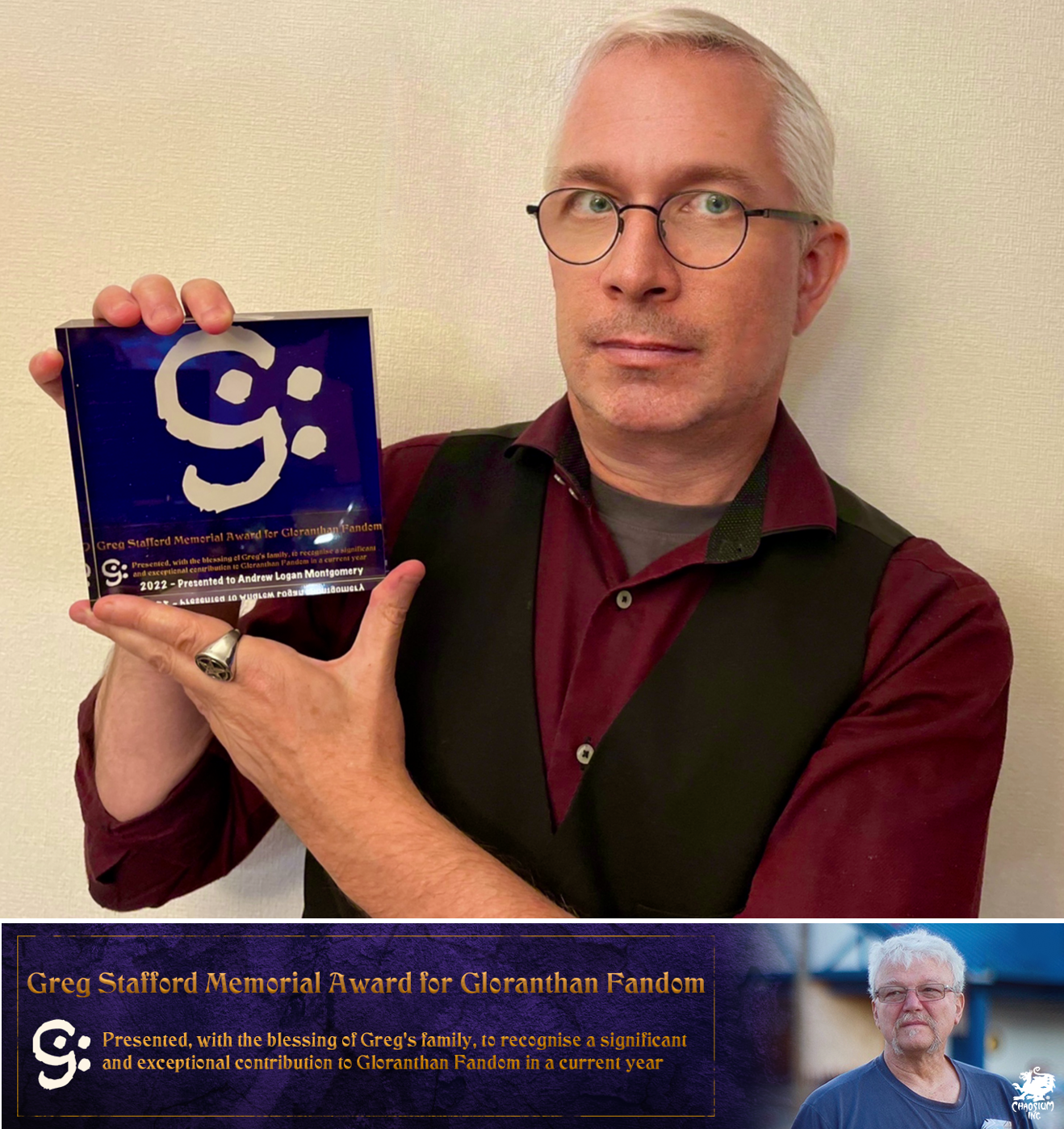 This month marks the fourth anniversary of Chaosium founder Greg Stafford's passing, and we are pleased to present the 2022 Greg Stafford Memorial Award for Gloranthan Fandom at this time to Andrew Logan Montgomery.

Andrew is the creator of the Six Seasons in Sartar trilogy in the Jonstown Compendium, Chaosium's platform for independent creators for the RuneQuest RPG and Greg Stafford's World of Glorantha at DriveThruRPG.

Andrew's creations in the Jonstown Compendium are notable for being among the highest-selling and most critically-acclaimed of all titles there. His Six Seasons in Sartar was the first Jonstown Compendium title to attain Platinum Best Seller status. Among the dozens of five star reviews, it has been described as "one of the best RuneQuest adventures ever" (Shannon Appelcline) and "a superb treatment of community, myth, and tragedy in Glorantha [that] as a campaign starter has no equal" (Reviews from R'lyeh).

This year he completed the trilogy of adventures with The Seven Tailed Wolf. The middle title in the Six Seasons in Sartar series is The Company of the Dragon. These works too have been acclaimed by Gloranthan fans.

Andrew has a new Jonstown Compendium title in the works, and is now also working on several forthcoming projects directly for the Chaosium RuneQuest line. You can also see Andrew's thoughtful and incisive pieces about Glorantha (among other diverse topics) on his eponymous blog, which explores the otherworlds of fiction, magic, and gaming.

Chaosium's Jeff Richard, whose creative director role encompasses all things Gloranthan, praised Andrew's work: "Drew is among the most talented mythologists I have the pleasure to know. His Six Seasons in Sartar series are among the best RQ scenarios ever written. I consider Drew a key collaborator on Glorantha, including on such things as new heroquesting rules, written scenarios and other Chaosium material that we can’t wait to release. His contributions to Glorantha have deeply enriched it and helped communicate that richness to countless others."

On receiving the award Andrew said:

"Greg has always been a hero of mine, so to be the 2022 recipient of the Greg Stafford Memorial Award is a tremendous honor. My deepest thanks go to Greg’s family and the fine people at Chaosium.   Greg was among the first in the industry to grasp a fundamental truth. Whatever game you play, whatever the system or genre, when you follow your GM from this reality into that, you are undertaking a heroquest. Stories are transformative, stories we create collaboratively and together even more so. They are modern society’s remnants of the shamanic journey. The wonder of Greg was that instead of using his rich personal mythology to write novels, Greg focussed instead on giving us games. He gave us the keys to explore the Other Side ourselves. It’s a tremendous legacy, and one I am honored to play a very small part in carrying on."


About the Greg Stafford Memorial Award​

The Greg Stafford Memorial Award for Gloranthan Fandom was established in November 2018 in memory of Chaosium's revered founder and original creative visionary Greg Stafford. With the blessing of Greg's family Chaosium will occasionally and irregularly present the award to recognise a significant and exceptional contribution to Gloranthan Fandom in a current year. 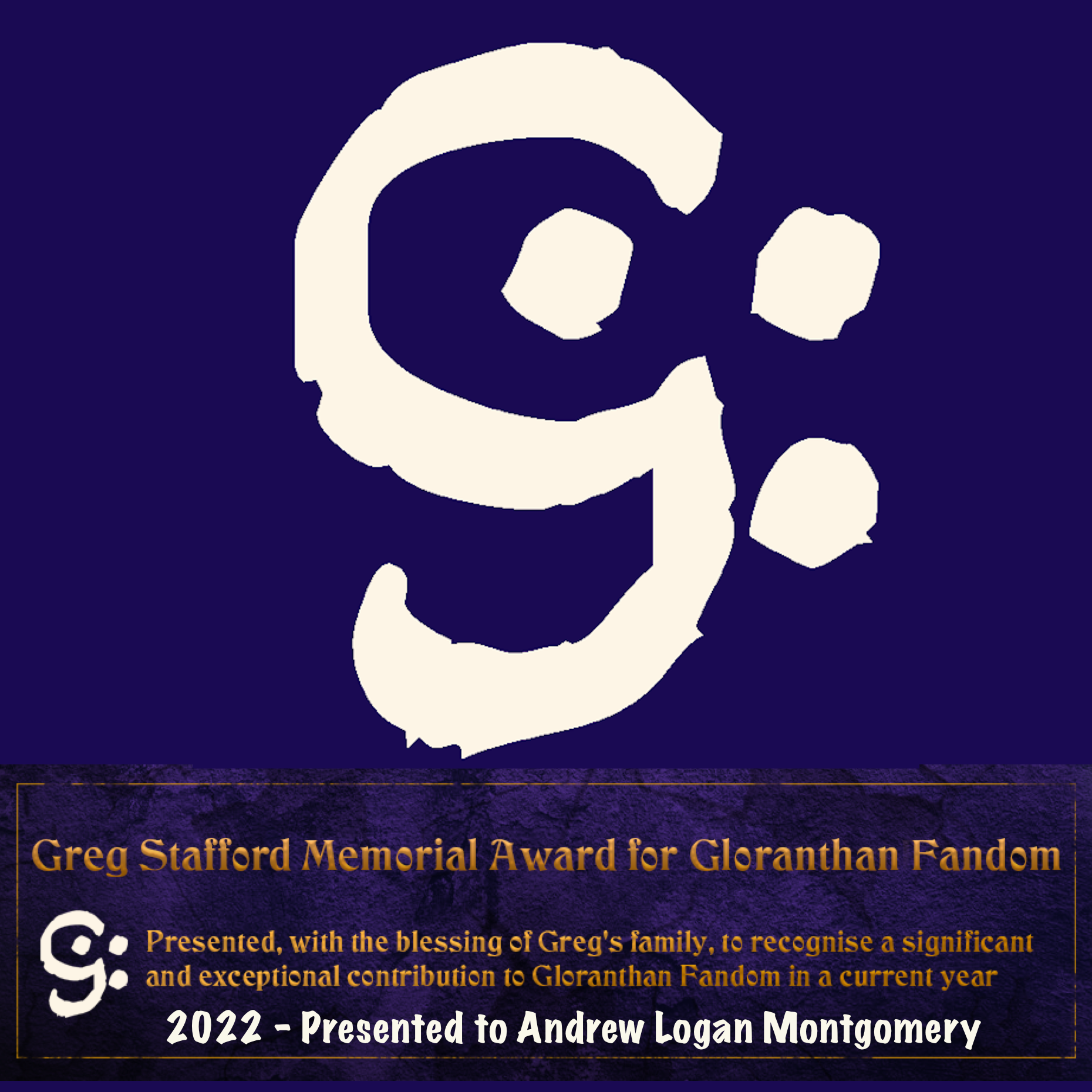 Previous winners of the Greg Stafford Memorial Award for Gloranthan Fandom are:

Press [Chaosium] From the Q&A: What does YGWV (“Your Glorantha Will Vary”) mean?