Announced last year, the official Batman RPG, Gotham City Chronicles, from French publisher Monolith, has just hit Kickstarter (as part of a larger boardgame project) and includes a QuickStart demo of the roleplaying game at the link below.

The Kickstarter launched today, and has shot past the half million mark (because, we’ll, it’s Batman!) It does show a stark illustration of the difference between the TTRPG and board game markets — the board game reward tiers have significantly more backers than the roleplaying game tiers!

Also available are a book of adventures, a guide to Gotham, and a GM screen.

Oh, and a board game. Which also contains a ton of minis and maps, which I suspect are useful for role playing games too.

The RPG uses the French ‘Untold Tales Modern’ system which is says is derived from the d20 System. 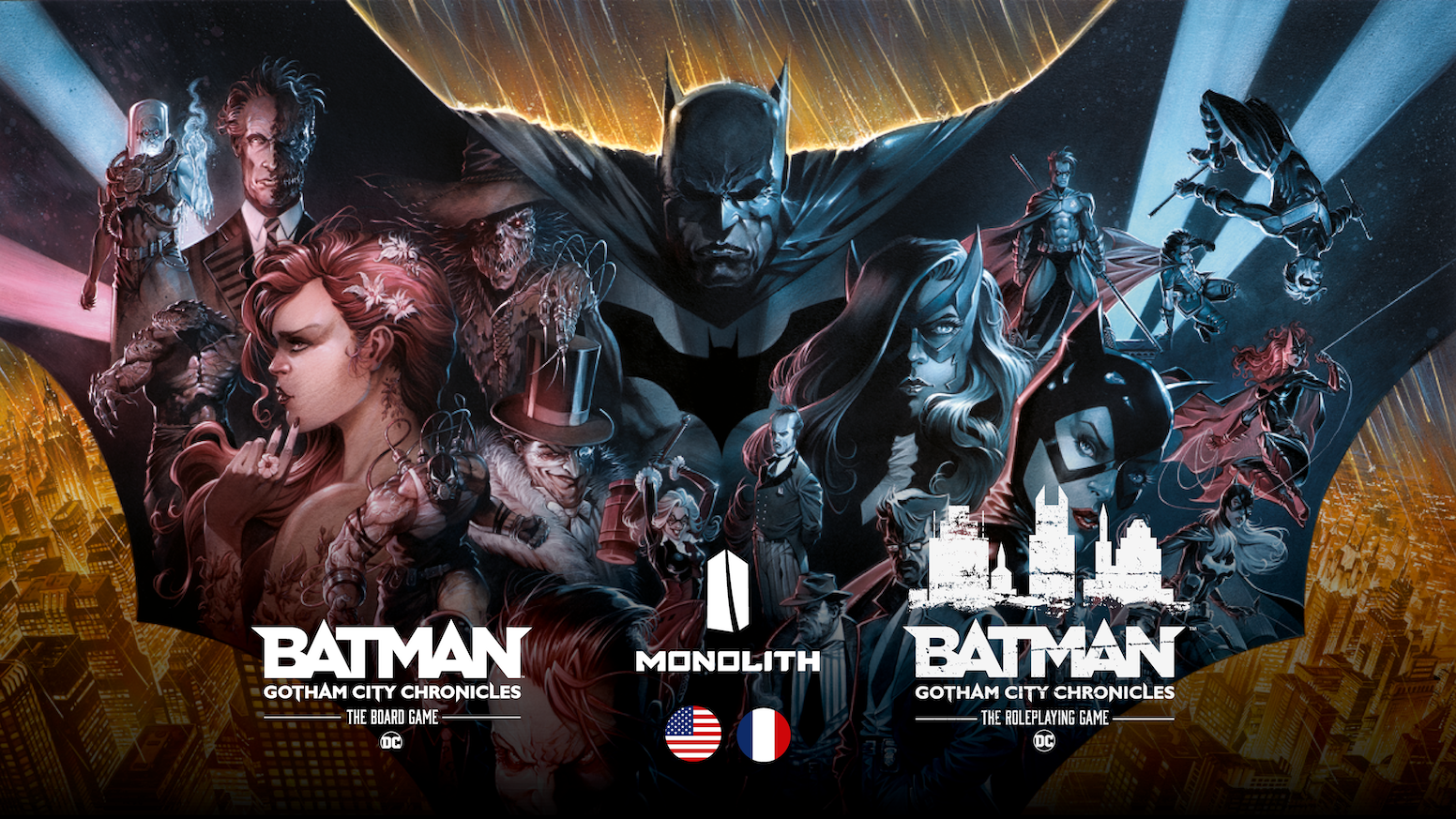 Take to the streets of Gotham City, as Hero or Villain, in our officially licensed role playing and miniatures board games. 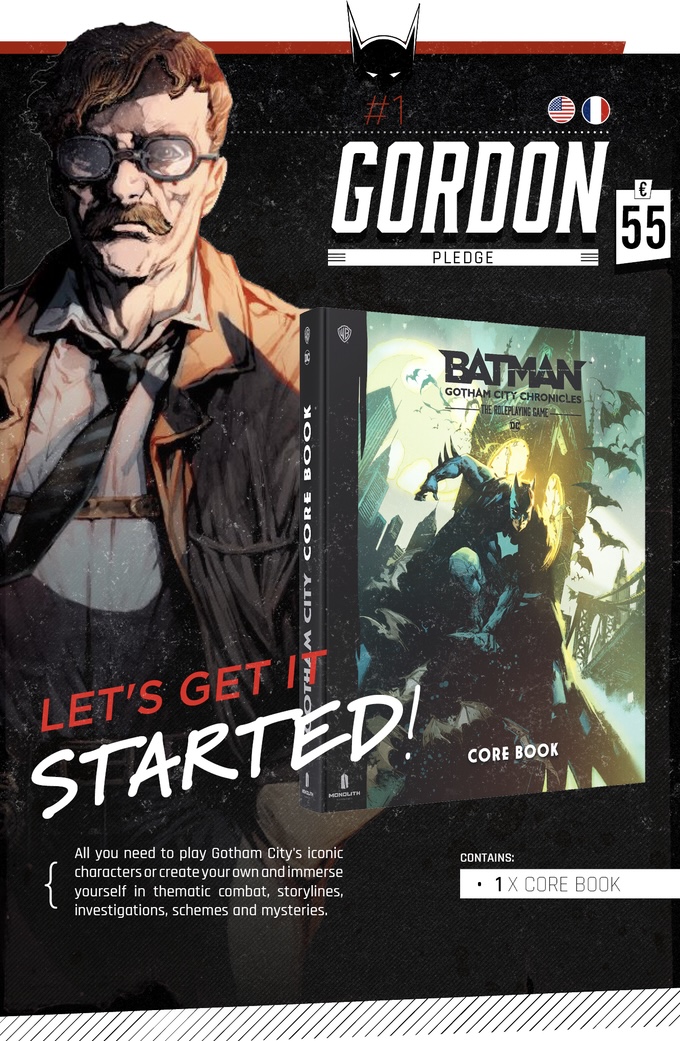 This role-playing game will enable you to play a whole range of famous and unknown characters from the comics, films, series, or your own imagination.

Whether you and your friends choose an atmosphere of action, investigation, adventure, or suspense, Gotham City will be waiting with its avenues, skyscrapers, subterranean tunnels, criminal world, secrets, magic, and incomparable ambience, which is the result of 80 years of creations since the Dark Knight first appeared. 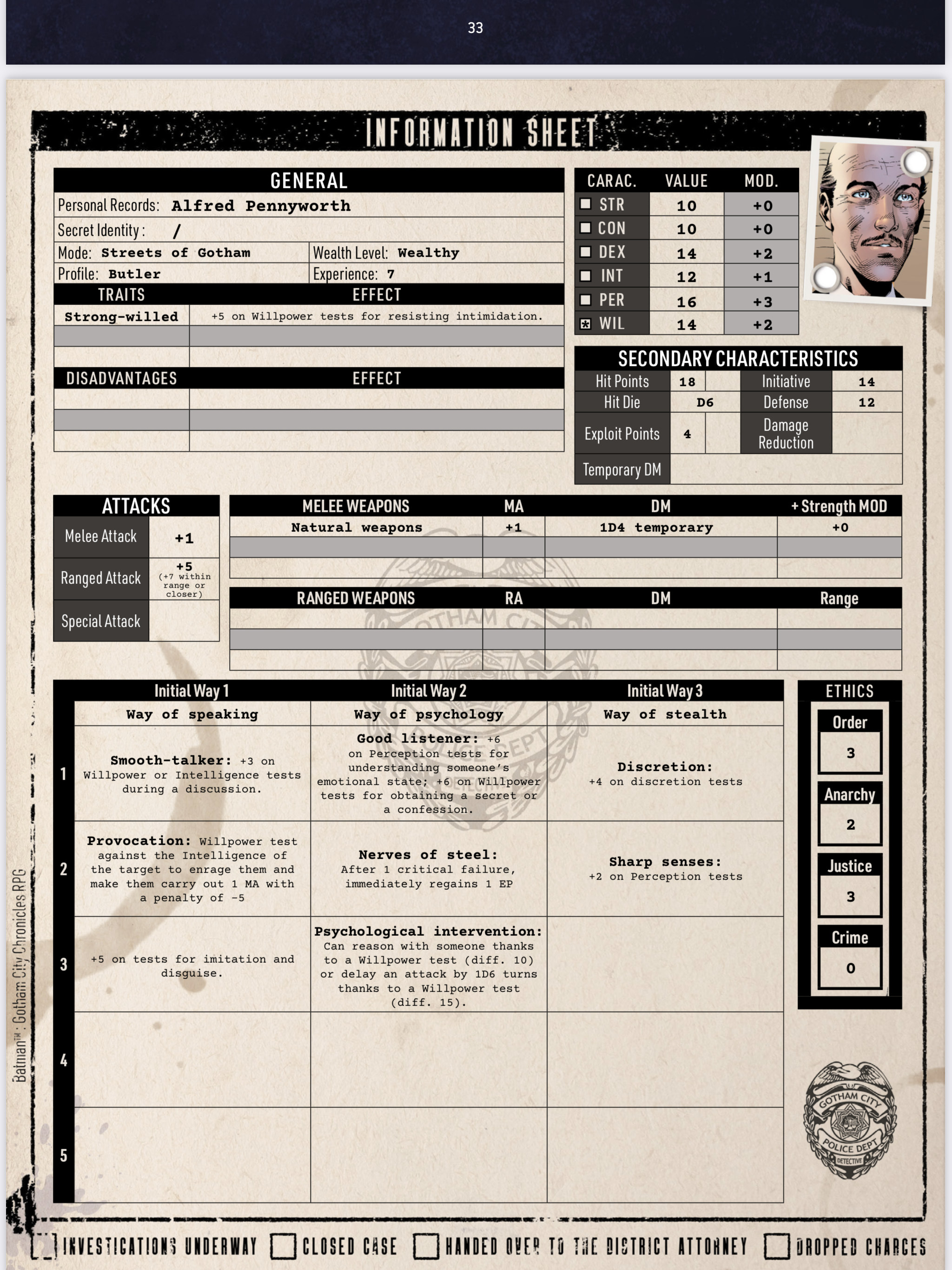 So perception and willpower replacing Wis and Cha? Exploit points and ‘featWay’ trees, looks like an easy enough system to pick up


Also, I wonder if Batman will have any crime points?

Backed! I love it when my secret Batman obsession converges with my more obvious RPG obsession. I still remember the awesome MEGs edition Batman RPG from the old Mayfair days.

After the garbled mess that was the Marvel Multiverse Play-test, this actually looks promising.

Neat touch: the police file classifications on the bottom margin.

I wouldn’t cover the character photo with punch marks though. They obscure the illustration.

Looks like it will be even more of a d20 Batman than the Mutants and Masterminds DC Adventures was.

Monolith Updates on the Batman RPG