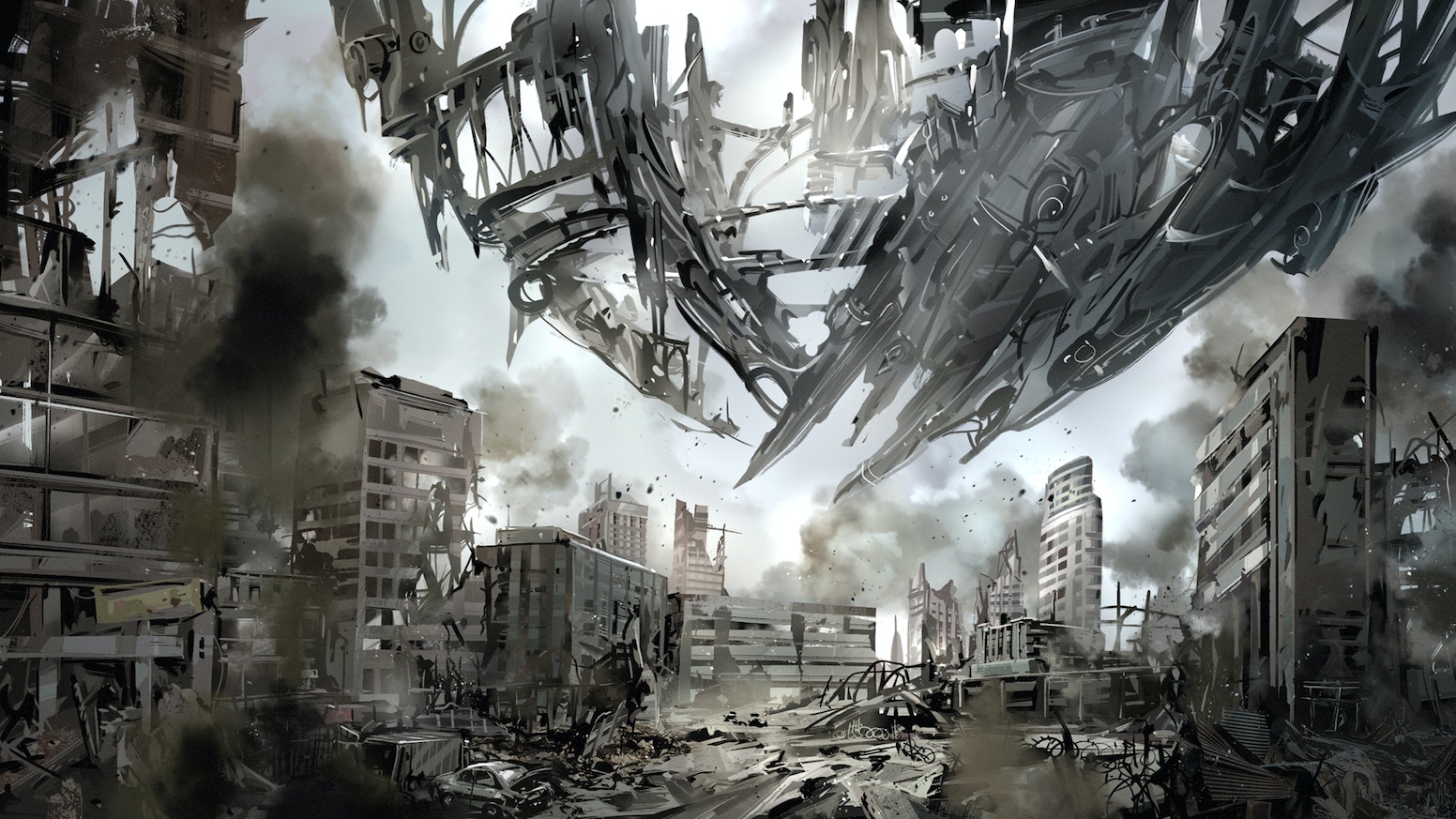 Colonized is a rpg set on earth that has been overran by alien invaders. It has quick play and pushes for creative problem solving.

The collective might of humanity has failed. Invaders from the cosmos have overrun us. Life for those not dead or enslaved has become one of constant fear and hiding. A dichotomy has surfaced: some have given up and accepted defeat, some resist. Those of us who fight on feel those individuals are baggage at best, and a dangerous liability at worst. Compassion and empathy were dying before the occupation. Now, they're all but fairytales. War often brings mankind's most atrocious traits to bear, and his is no exception.

Between the aliens hunting you, the constant erosion of your counterparts' humanity, and the impossible task ahead of you it is hard to cope. Survival in these conditions is unsustainable. Defeating these horrors will take all of what made our species the erstwhile apex predator on this planet. Ensuring that what we become is something worth saving will take even more.

This game was created to provoke creativity, adaptation, and improvisation while exploring the darker parts of the psyche. A path of light and hope, or darkness and cruelty is your choice. How far down either rabbit hole the journey goes depends on the players. The gameplay engages on other levels as well. Communication, building trust with other cells of the resistance, avoiding extermination, striking blows at the occupying force, and freeing those that have been captured, all while trying to devise a way to repel these creatures for good, are all integral aspects of a successful apocalypse.

The rule system is unique, and was designed to minimize the game getting bogged down plodding through the minutiae of the rules. The core rule book contains everything needed to play, while the supplements dig deeper into different aspects and provide further variety.